Skip to content
Home » My blogs » Travels » Russia » 5 beautiful attractions to visit in Saint Petersburg (plus one!)

Saint Petersburg is a planned city. It’s not built at a cross point of trades and cultures but built under the will of a Czar who had planned its topography well in advance.

You will surely love the opulence of its baroque palaces, the grandeur of its wide streets and imposing governmental buildings.

Here are five places that, from the point of view of a travelling photographer who loves some uncommon sights, are not to miss when visiting the former Russian capital: 5 beautiful attractions to visit in Saint Peterburg, plus a (bonus) one!

The steam locomotive that carried that famous train is still in the station on exhibition, behind a glass box.

In the huge square outside the station, there is a statue of Mr Lenin. At the entrance of the metro station a mosaic with his face… you could think you’re still in the USSR!

Most parts of the touristic sightseeing of the city are along the Prospect or not far from it.

It’s a long street. More than 3 miles. It takes you from the station where the trains coming from Moscow arrive, up the banks of the Neva river, the Admiralty Square and the Winter Palace.

If you want to take a look at each sightseeing along the street, one day won’t be enough to walk from one end to the other.

Take in count, anyway, some hours of slow walk and a bunch of detours. One of them will be along the Griboyedov Canal to visit the

3. Church of the spilled blood

Most probably the first things that will get your attention are its polychrome onion-shaped domes, similar to ice creams.

It was built on the site where, in 1881, Tsar Alexander II was killed.

It was planned as a church in the style of the Russian Orthodoxy. It’s completely different from the Baroque and Neoclassicist buildings predominant in Saint Petersburg.

During the Russian Revolution, the church started to decay and was meant to be demolished. But the beginning of WWII cleared all the plans.

The Germans bombed the church during the siege of Leningrad (today Saint Petersburg),.

Later it served as a storehouse and morgue.

After the war, nothing was done to refurbish it, and only in 1968, federal protection was granted.

Griboyedov canal flows right close to the church. From its bridges, you have great viewpoints. On the opposite side, there is a daily a flea market.

There is a corner of the city where time seems to flow slower. It’s where, in ancient times, the former bureaucrats came to spend their last years of life after retirement.

A bit out of the centre of Saint Petersburg, Kolomna is today a place less crowded, more peaceful and a bit decaying.

Green leaves sprout from the cracks in the street’s tarmac. The bridges over the canal have beautiful decorations and lamps. They also offer a great view: neo-classical buildings in need of refurbishing, the green spires of the St. Isidor Yurievsky Orthodox church and the golden domes of the St. Nicolas church.

Come here if you need some quiet after the traffic of the Nevski Prospect. Come here late in the afternoon for the best light before sundown, when the sky reflects beautiful colours in the canal’s water and the lamplights start to turn on.

Don’t miss the beautiful building at 50 Pryazhka River Embankment. It’s decorated with a Doric portico and a lion’s head.

The mosque of Saint Petersburg lies north-east of the city centre, in a peaceful area of the city.

The beautiful building is a reduced copy of the Tamerlane’s mausoleum (Guri Amir) in Samarkand. It was the biggest mosque in Europe at the time of its building (1913). There is room for more than 5.000 people inside. But when I visited it, there was much less crowd. Just a few people were praying and the whole majestic building was almost empty.

Not far away from the mosque, is moored the cruiser Aurora: at 9.45 PM on October 25th, 1917, a shot (blank?) from this ship signalled the assault on the Winter Palace. It meant the beginning of the Russian Revolution.

Well, there was also a seventh beautiful photo location in Saint Petersburg. Unfortunately, this is not anymore the case, since the Leningrad – Pulkovo terminal has been refurbished and is today a modern, impersonal steel and glass terminal.

Just a few years ago there was a magnificent building with a colonnade: the old, abandoned terminal of the USSR times. Yellow sandstone, with majestic fake-old-style columns. A huge room inside. A high ceiling with a fresco depicting air battles and paratroopers. Still some rows of seats.

On the wall, there was a map of the Soviet Union with all the air links of that time. The map wasn’t made of paper. The links weren’t ink lines. It was a map made of concrete, sort of modern high-relief. The links were iron wires. A short-lived monument to a pretentious past, who was thought to be eternal and only lasted for a few decades. 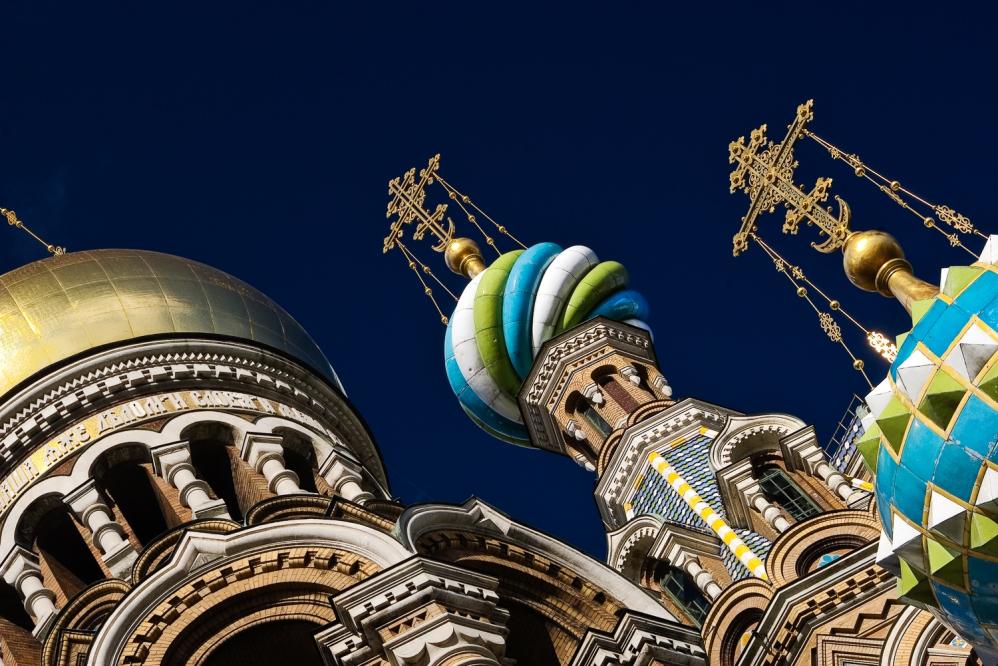 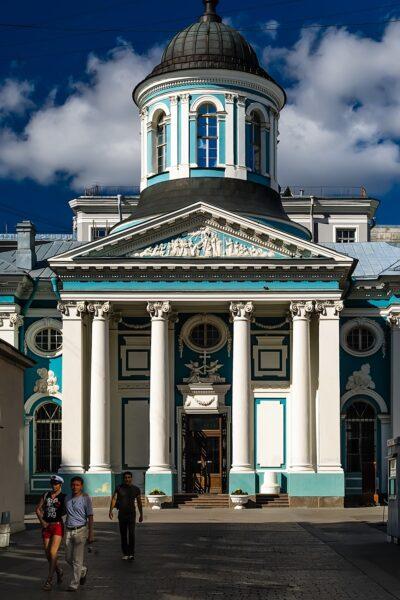 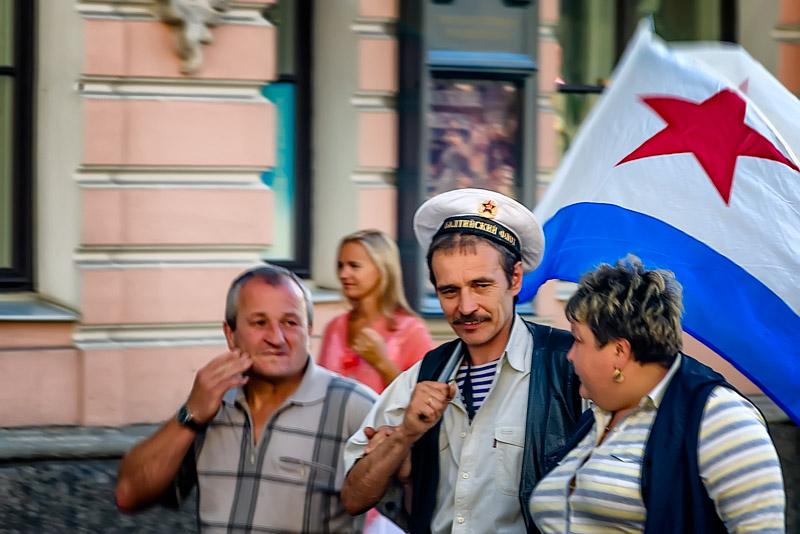 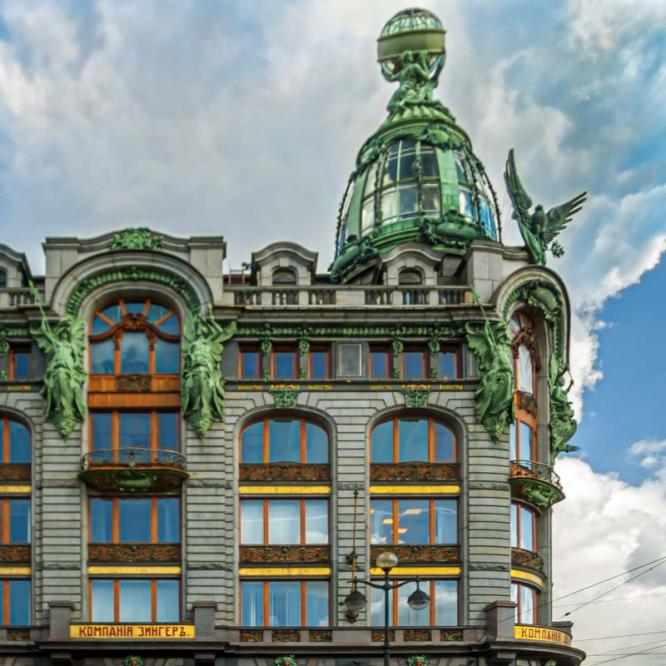 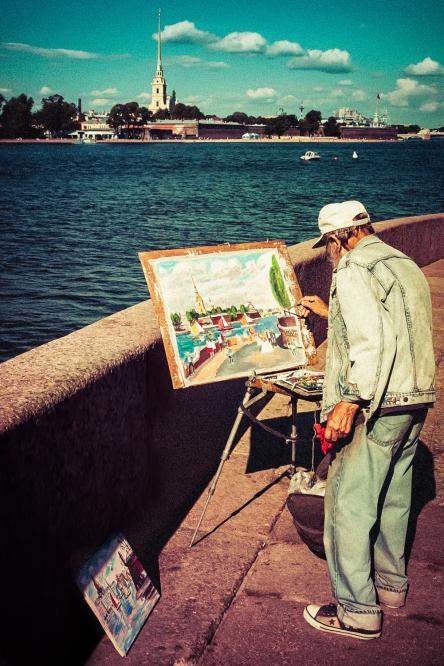 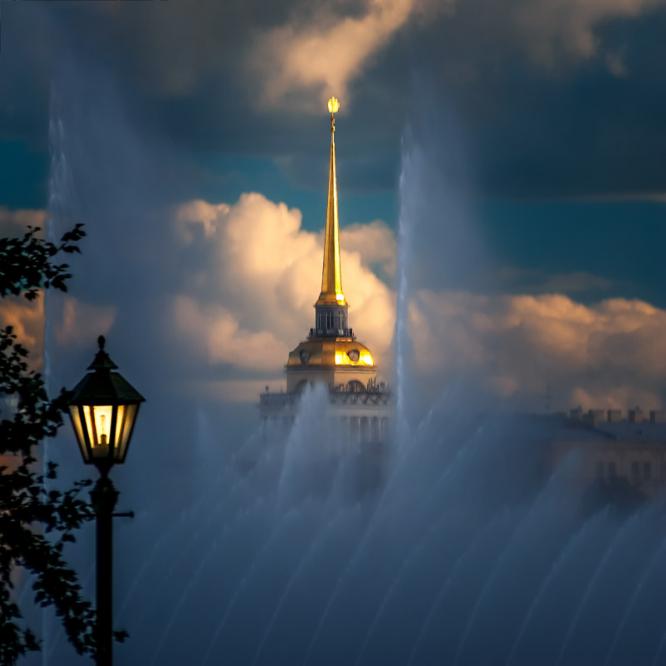 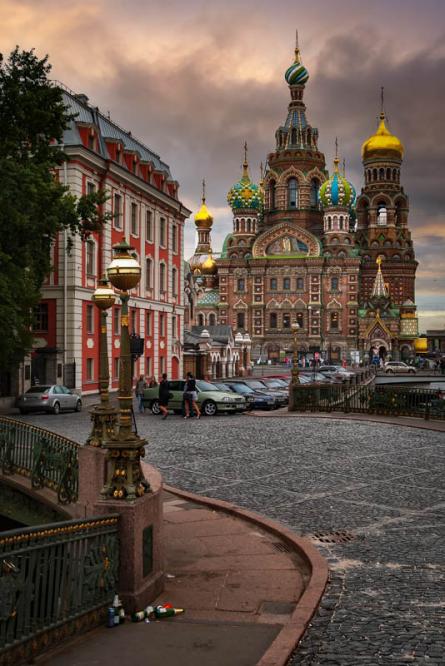 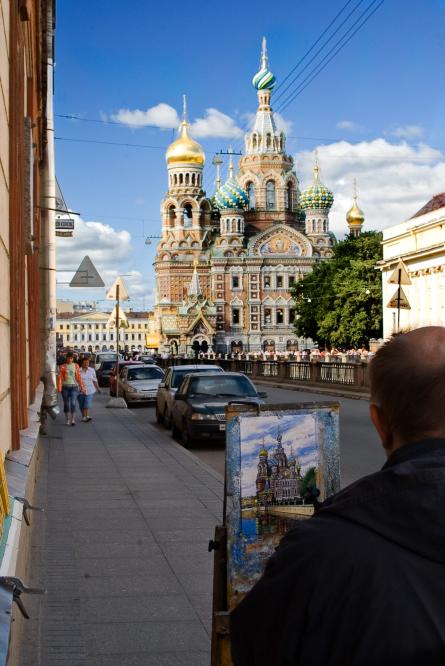 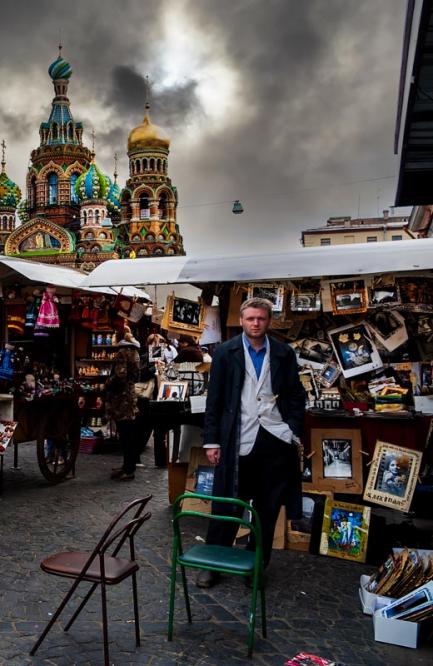 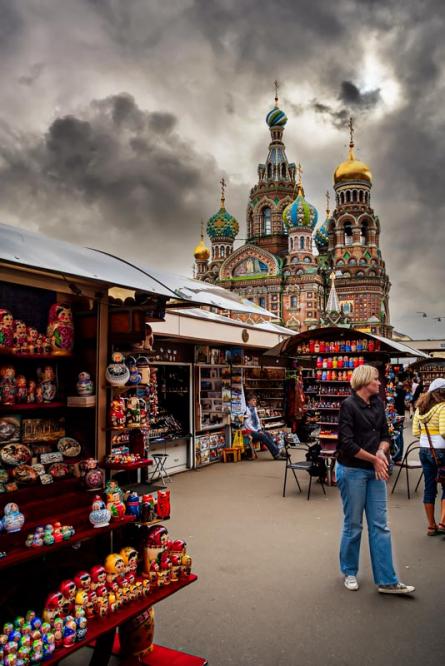 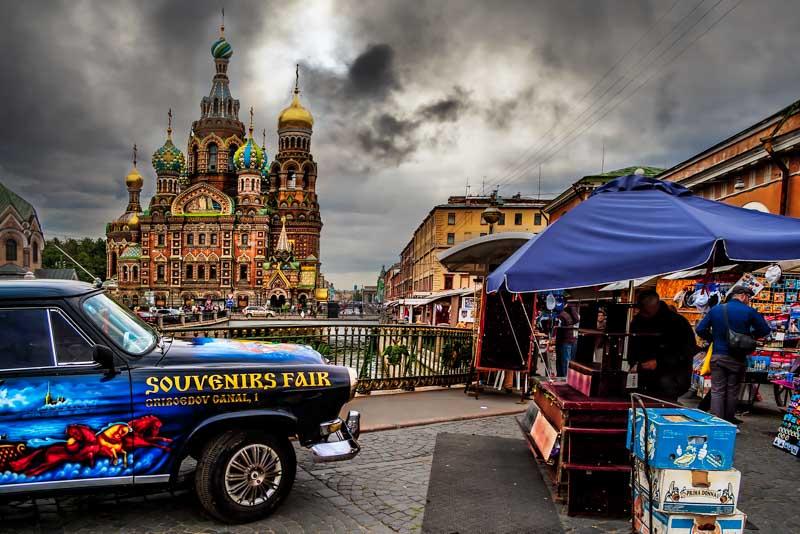 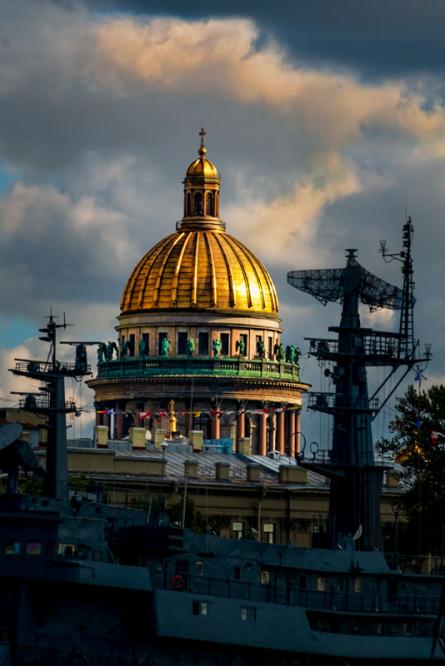 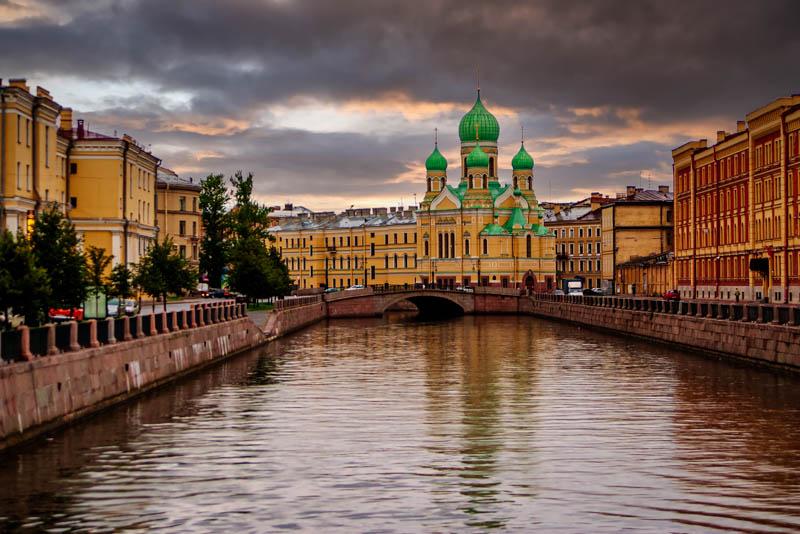 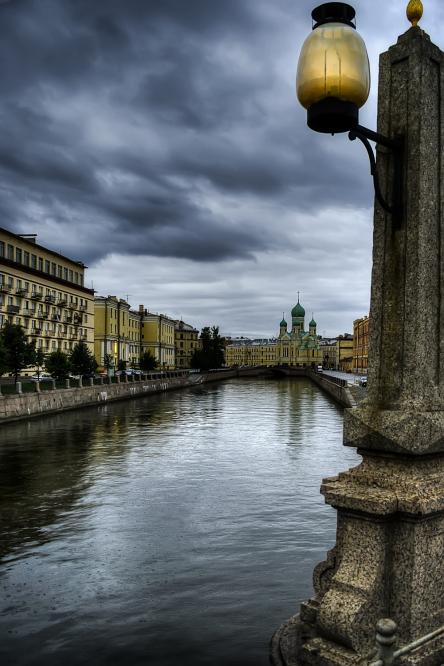 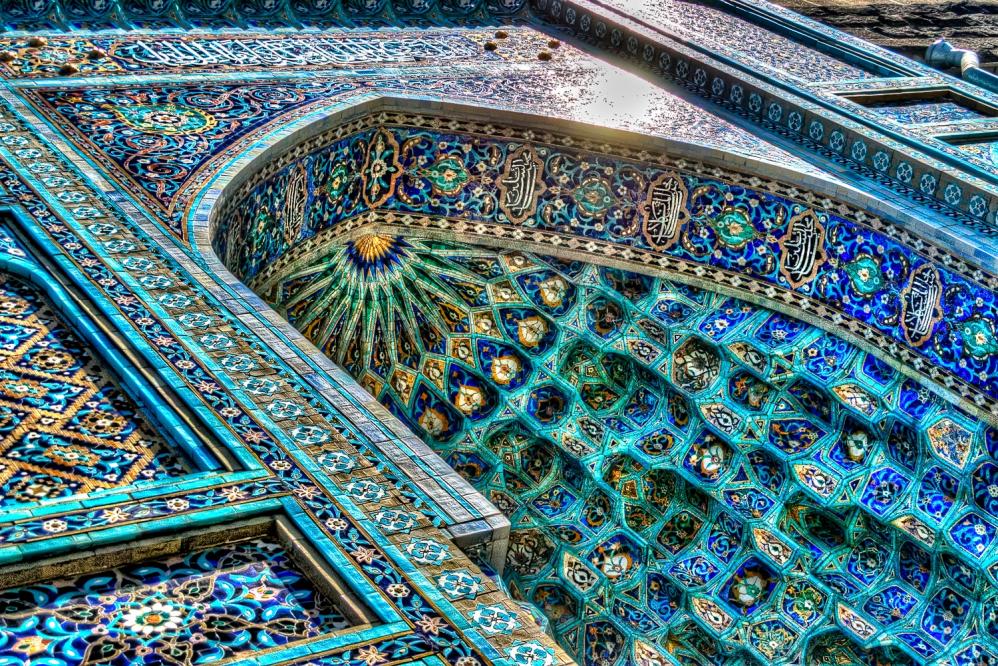 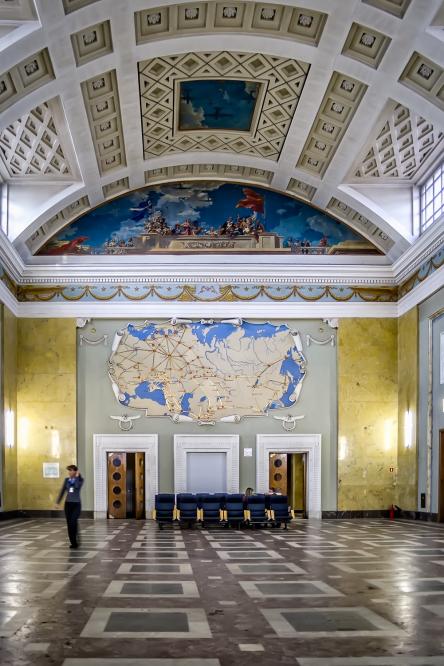 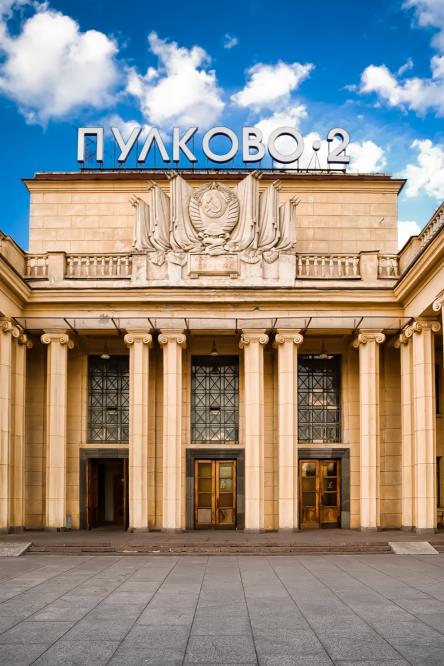 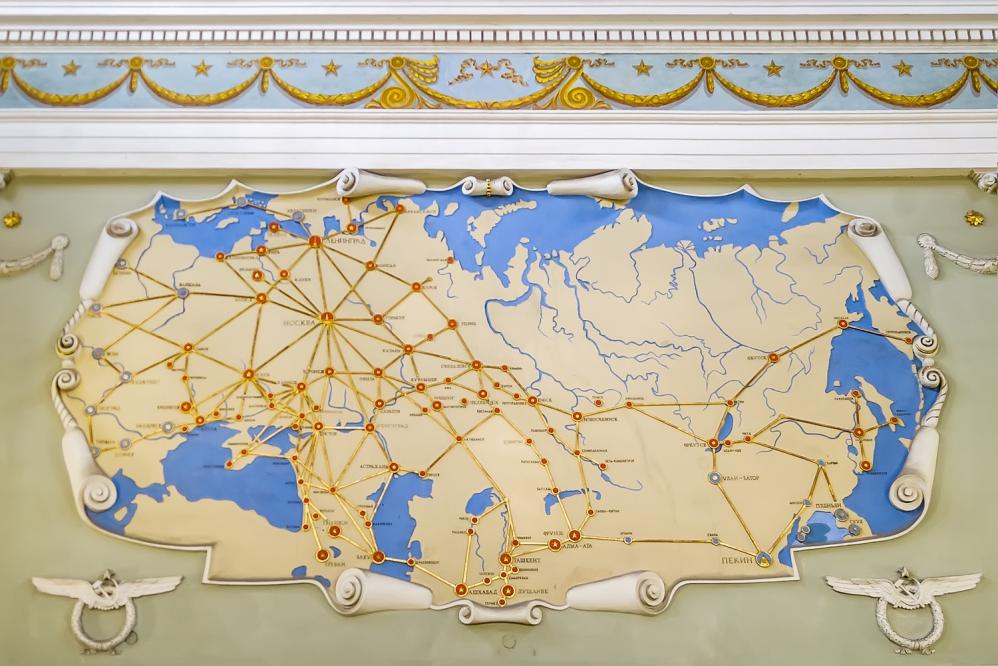 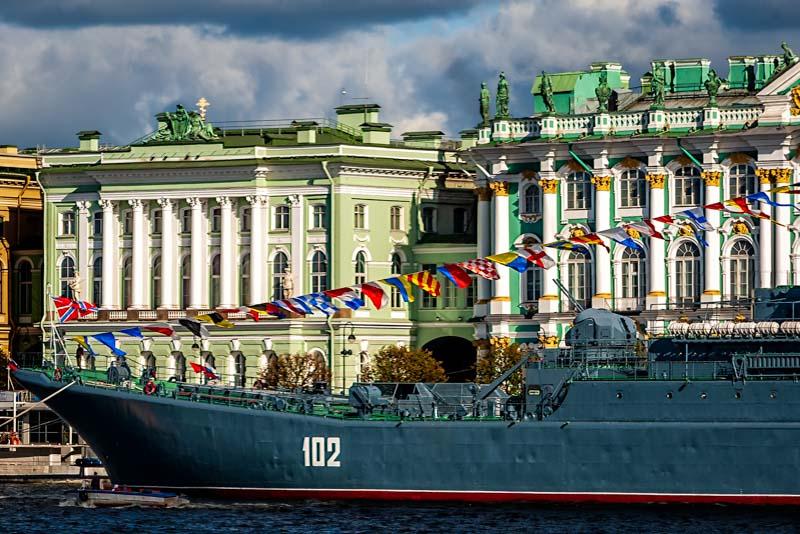 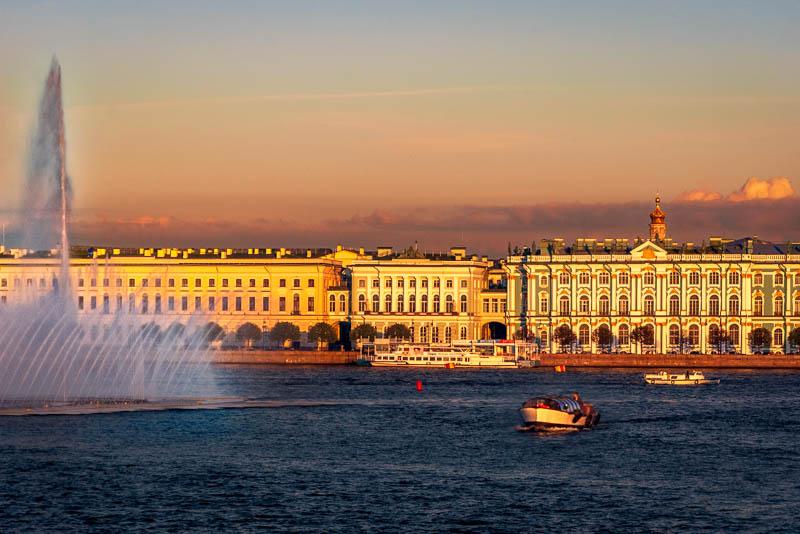 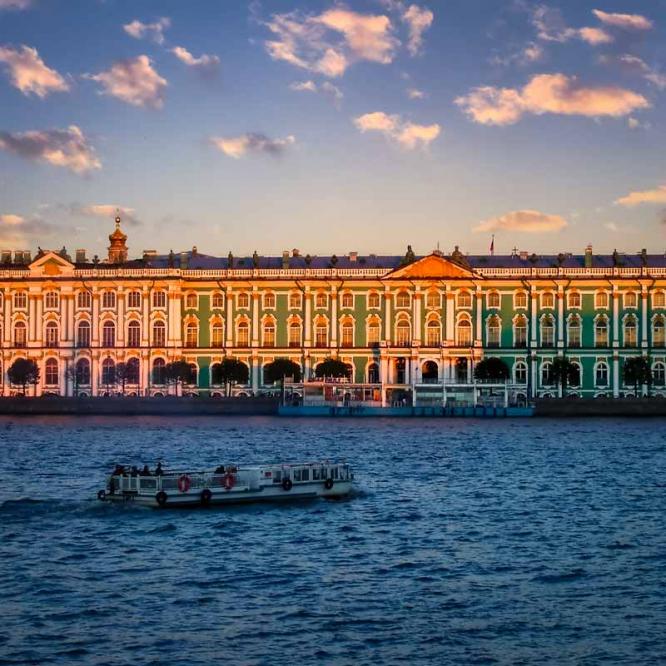 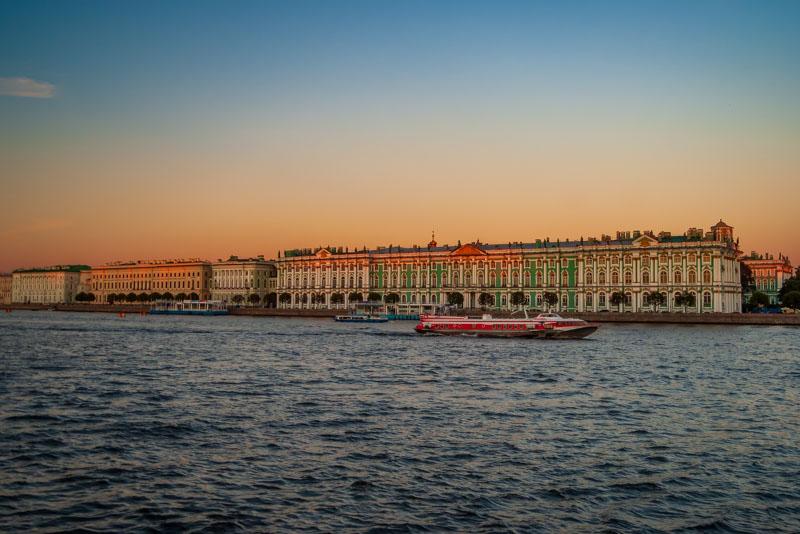 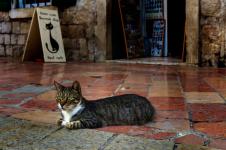 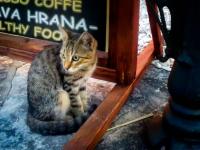 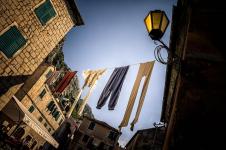 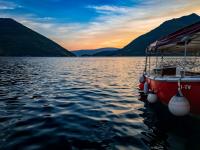 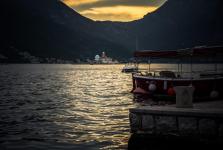