Skip to content
Home » My blogs » Travels » Italy » Discover Procida, the Italian capital of culture for 2022

The Italian capital of culture for 2022 will be the tiny yet beautiful island of Procida. It’s the smallest and least known of the islands of the Gulf of Naples. You maybe have already heard of Capri and Ischia. Does perhaps Procida sound new to you? Well, springtime is the perfect moment do discover Procida, which will be the Italian capital of culture for 2022. Next year we all hope that the pandemic emergency will be over and that we’ll be able again to travel freely!

Here are a tiny guide and some beautiful images of this charming island! And don’t miss the photo gallery at the end of the page.

What can you see in Procida?

Procida has much to offer to the visitor. thanks to its relative lack of crowding and its peculiar characteristics, such as the gardens. In the right season, those are full of flowers, lemons, and oranges. A happy sight and with a beautiful smell!

The best time to visit the island is springtime, but also autumn is fascinating. The only overcrowded months are July and August.

Procida is a tiny island; if you have a good physical shape you can visit it entirely by foot. But there is any way a reliable service of public buses to get you everywhere you wish in few minutes.

Some of the main attractions are listed below.

The Belvedere dei due cannoni (Viewpoint of the two guns) offers a superb view. It’s an example of what the island will give you during the walk. From this high vantage point, you’ll see in the background, the two promontories of Punta Solchiaro and Punta Pizzaco, that stretch out into the sea like the fingers of a hand. Then a long and narrow black sand beach to remind us of the volcanic nature of Procida. Finally – just below us – the polychromatic charm of Marina della Corricella. More on that later. And on top of everything, almost under our feet, the yellow and gray dome of the Church of Santa Maria delle Grazie.

Terra Murata (Walled ground) is the original urban core of the island. It’s located on its highest point and thus more easily defensible from the assaults of Saracen pirates who once marauded the coast. The original urban structure was deeply changed in the sixteenth century. Surrounding walls and the Royal Palace were built, a large area of the hill was leveled to create a square. The Royal Palace has an interesting history. It was later converted into a prison. The penitentiary remained active until 1988. Completely abandoned after its closure, it is now in a state of neglect and decay. But the windows overlooking the sea, still closed by heavy iron grates, make it clear what splendid view was offered every day to its guests. Almost an accessory punishment to make them regret their lost freedom more.

All around the square stands what remains of the original village. A web of narrow passages overlooked by doors, stairs, windows, and arches. Continuing to wander around you’ll come across the convent of Santa Margherita, overlooking the sea.

But the real gem of Procida is the old fishing village: Marina della Corricella.

Corricella is a wonderful photographic setting. Exploring the village means being in contact with a continuous source of photographic inspiration. Multicolored houses leaning one next to the other, one above the other. Arches, balconies, stairs, windows, steps, shadows, colors, glimpses of the sea, boats, fishing nets. Among all this thrill the work activities of fishermen, restaurateurs, moorers, housewives.

Yellow, pink, green, blue, red: the colors of the houses of Corricella are not there only for aesthetic reasons. Once upon a time, seamen returning from long journeys recognized their home from miles away, thanks to the color that distinguished it from other neighbors.

But that this was the most beautiful corner of Procida, the first inhabitants of the island had already understood. The name “Corricella” derives from the Greek words chora kalè which mean “beautiful district”.

During the years Procida has been visited and has been the source of inspiration for writers. More recently has been set for many movies.

In the ’50s it was a fashionable residence for Italian writers. Vasco Pratolini was a guest of the Eldorado Hotel, as was Alberto Moravia. Her wife Elsa Morante during her staying at the hotel wrote her novel L’ Isola di Arturo (Arturo’s Island, Liveright Publishing/W.W. Norton & Company). The plot is set right on the island.

Hotel Eldorado got out of operations many years ago. For a while, its beautiful garden of lemon and orange trees was converted into a memorial. Nowadays it’s also closed, and the beautiful trees can only be admired from distance.

Earlier, in 1811, the French writer Alphonse de Lamartine stopped in Procida during his Grand Tour and fell in love with a local girl: Graziella. The girl will provide him with the basic inspiration for the novel that bears her name and also has Procida as its setting. (Graziella, a story of Italian love)

In more recent years, Procida has been set for many movies. Among them, Il Postino: The Postman, directed by the English filmmaker Michael Radford. The Talented Mr. Ripley directed by Anthony Minghella. Sandra (released as Of a Thousand Delights in the UK) directed by the Italian filmmaker Luchino Visconti and many others.

Did you like it? For more beautiful photos and travel stories , just use the menu above and browse the site. 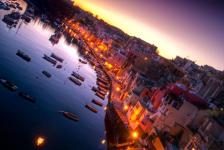 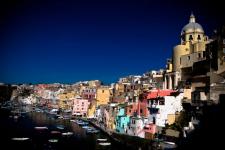 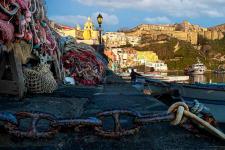 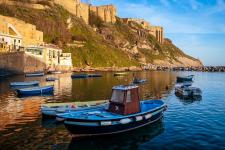 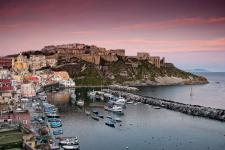 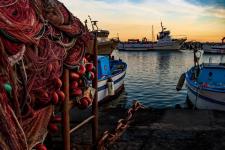 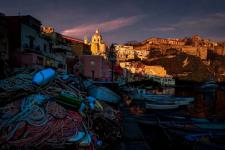 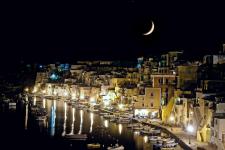 3 thoughts on “Discover Procida, the Italian capital of culture for 2022”