Solotvyno is just a West Ukrainian village, on the banks of the river Tisza, right at the border with Romania.

Perfect location to investigate plain Western Ukrainian lifestyle, I thought, and that’s why I visited it.

A bridge in the outskirts of the village links the two banks of the Tisza river, thus connecting Ukraine with Romania. This was my entry point to the country.

Solotvyno, where is it?

The village is on the edge of history and geography one could say. But in Central Europe what appears isn’t always the whole of the image.

There are hidden streams of history everywhere in Central Europe.  Borders have always been almost liquid here.  During their lives, some of the oldest residents of the area have been Soviet citizen, and earlier Hungarians and Czech. Their parents were citizens of the Austro-Hungarian Empire.

And did you know that Solotvyno gave birth to a VIP?

Yes Robert Maxwell was born as Ján Ludvík Hyman Binyamin Hoch in Solotvyno, that at the times was a Czech village called Slatinské Doly.

You see, how liquid are the borders here…

There are some ghosts in Solotvyno’s past.

The area where it lies at the beginning of the 20th century was called Ruthenia. It’s not only a tiny piece of land disputed by many countries during the years, but it also lies close to the ancient historical region of Galicia.

And Galicia is the synonym of “liquid borders”. A hypothetical place. What was it: a kingdom, a duchy, a region, a disputed territory? A bit of everything. For a long time, it was part of Austria. In 1918 it became Poland. After 1945 a section of it was incorporated in the USSR, and it is now divided between Poland and Ukraine.

Until WW II Soltvyno, similarly to all the other villages of the area, was inhabited by many Jews.

They all suffered the nazi genocide.

With the Hungarian occupation of Solotvyno in March 1939, Jews were persecuted and left jobless. In 1941, the Jewish population was 2,537, almost 40% of the total. The Zionists and religious political parties were especially active.

In 1941, a few Jewish families without Hungarian citizenship were expelled to Nazi occupied Ukrainian territory and murdered there. Other Jews were drafted into forced labour battalions and others for service on the Eastern front, where most died.

Following the German occupation, in March 1944, 2,044 Jews from Solotvyno, and another 3,000 Jews from the surrounding area, were deported to Auschwitz and most of them never came back. A few dozen surviving families returned to Solotvyno after their liberation but later decided to move elsewhere.

All these information were taken from this very interesting site, where you can also find vintage and recent photos of the village, images of the families who lived there and much more.

Neither the subsequent soviet regime was much friendlier towards the few surviving Jews still living in the village.

A few years ago only three Jews were living here.

Solotvyno’s synagogue was transformed into a bakery and today there is no more visible Jew evidence in Soltvyno apart from the old cemetery and some memorial plaques.

One of them is embedded in the wall of a building under reconstruction.

The slab bears two dates: 1964- 2004 and one short yet touching sentence written in Hebrew and Ukrainian: To the Jews of Solotvyno killed during the Holocaust.

It marks the former location of the ghetto.

Well, how’s the life of a West Ukrainian village, then?

There aren’t many tourist attractions in Solotvyno; the main spot of the village is the nearby salt mine, so important for its economy that it gave it part of the name and appears on its coat of arms.

Just part of the name? Yes! The first part actually (Sol). While “vyno” means wine, but I couldn’t see vines and grapes around.

The salt mine is out of operations and partly transformed into a museum. But it was closed. I then tried to get to the salt lake that occupies one of the huge holes drilled to collect rock salt. It’s the main tourist attraction of the area and they call it the Ukrainian Dead Sea, mostly because its water is so salty that a human body can easily float without drowning. The same phenomenon happens down South, between Israel and Jordan. But again no luck: a red and white bar prevented me from walking further towards.

Visit to the village

My only choice was to walk through the almost deserted streets of the village. Few young girls were around and one was visibly ashamed and maybe scared when she suddenly met me in a dark area of the town park. The same park where I discovered a relic of the soviet times. A concrete star (maybe once it was a red star…) with a plaque. I don’t understand Russian so I couldn’t translate it, but I could see the number 1944, and so I think it’s a memorial of the liberation of the area by the Red Army.

This is the short visual diary of my visit to Solotvyno: hopefully, the atmosphere I caught and my feelings are both in the images. 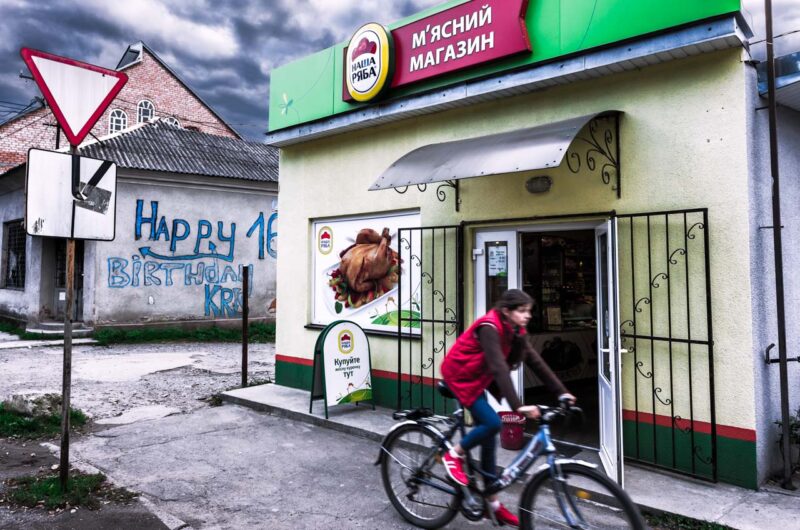 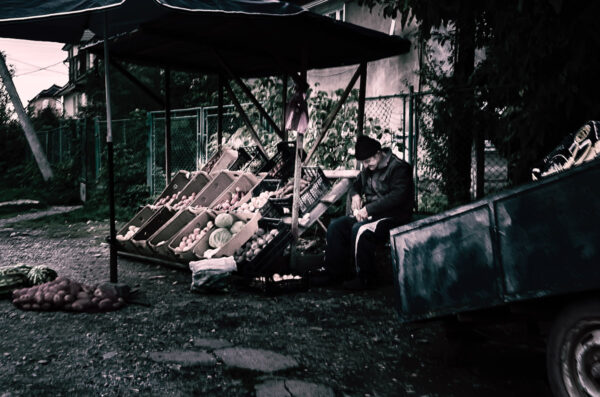 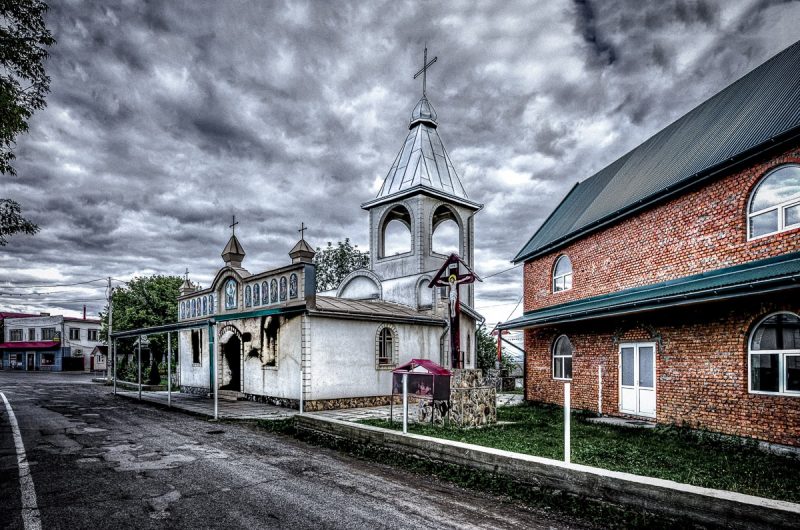 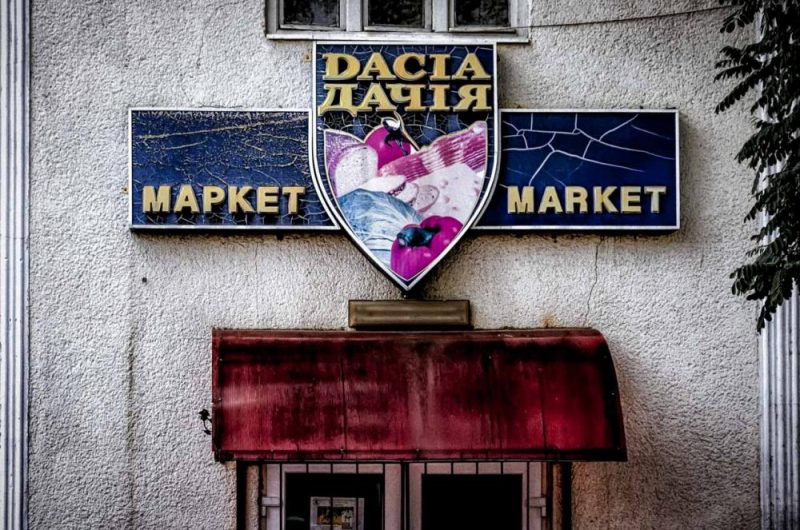 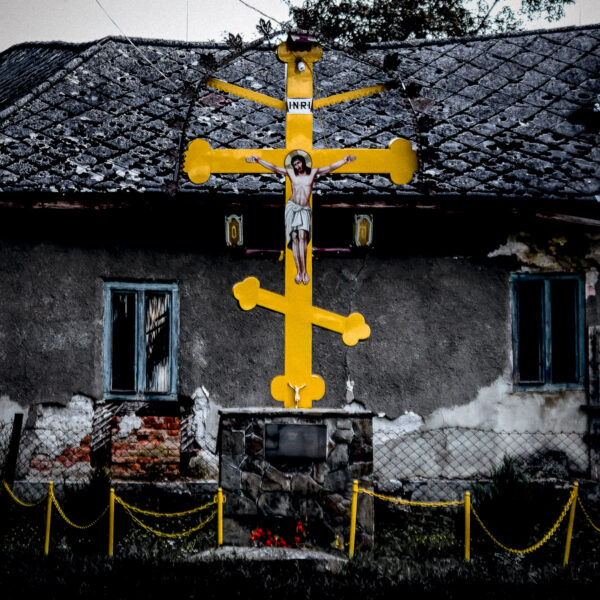 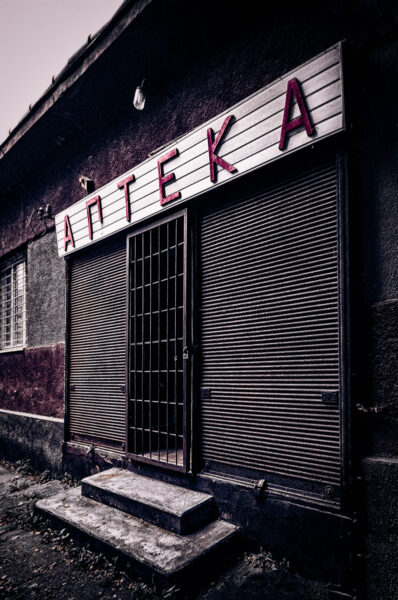 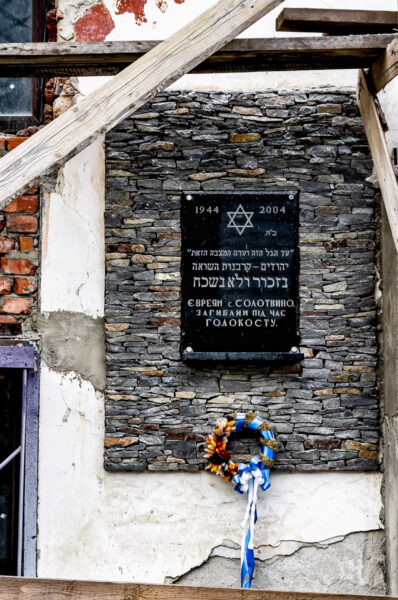 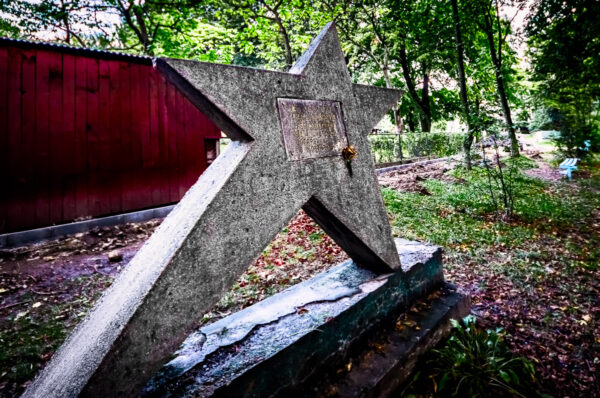