Do you remember Ikateq, the Greenlandic ghost village?

Well, at the end of the exploration it was time for us to get back to the pier where the tiny boat was waiting for us.

Tiniteqilaaq, at the edge of the known world

Our next destination is the (inhabited!) village of Tiniteqilaaq. To get there we will sail along the Sermilik Fjord, one of the least explored slices of our world.

In winter the fjord freezes and you can venture far inside with sledges. But it’s extremely cold, nobody is living there but seals and bears, there is no food and no water. You can’t venture very far away.

In summer – with the thaw – navigation becomes possible in the widest part of the fjord.

The cabotage is still very difficult because of the great number of iceberg of all sizes adrift in a relatively small space. Only small ships and boats such as ours can have the ability to manoeuvre needed to venture into these waters. And it takes a sailor like Agloolik, our Inuq captain. He’s accustomed to using his instincts to locate prey to hunt and avoid all the dangers of the hostile environment in which he lives. Agloolik sails at full throttle, zigzagging between these mountains of ice, brushing them often. He finds the way in the maze of icebergs and fog where you can not see the open sea and you do not see the coast.

We are at the southern edge of the “Land of King Christian IX” in the territory of the second-largest municipality in the world: Sermersooq.

And if the name does not tell you anything you are doubly justified. You probably neither know the names of the towns that merged to create this kind of monster: Ammassalik, Ivittuut, Paamiut, Nuuk, Ittoqqortoormiit. In 2009 came into force in Greenland an administrative reform. It reduced the number of municipalities merging them into new administrative units.

Semersooq has an area of 531.900 km2, which is greater than Spain. Nuuk – the capital of Greenland, on the west coast, facing Canada – and Tasiilaq on the Eastern coast, facing Iceland, are now part of the same municipality. Between the two towns, there are no roads. Only seven hundred kilometres of ice sheet. It takes two hours to fly from one town to the other: the first municipal flight in the world!

Sermilik Fjord collects the flow of ten glaciers. They are all terminal tongues ​​of the Inlandsis, the endless desert of ice covering over eighty per cent of the surface of Greenland. One of these glaciers is Helheim. It’s kept under close observation by scientists because it started to retreat quickly and at an increasing speed. In recent years the face of the glacier has retreated by more than seven kilometres, scrolling back at a speed of about 35 meters per day.

The melting of the glacier increases the production of iceberg, which end up all in the Sermilik fjord. But it also decreases the burden on the earth’s crust. The volume of ice resting on Greenland is immense. Its weight caused a lowering of the island, which literally sunk into the earth’s crust. But if the ice starts to melt it will happen as if we remove weight from a raft floating on water: its edge will rise. The consequences are earthquakes and tsunamis.

Into the frozen void

In winter 2003 a tsunami struck the bottom of the Sermilik fjord, there where it ends into the immense glacial tongue of the Midgard glacier. An earthquake and waves caused the split of the tongue of the glacier. It flowed into the sea, causing a second tsunami and uncovering – for the first time in thousands of years – the bottom of the valley. But the place is so remote and inaccessible that even the Inuit didn’t realize what had happened. Midgard glacier – in fact – is one of the few still unexplored places on the Earth. His terminal tongue is practically unattainable from the land or from the sea. The huge chunks of ice that continuously detach from the glacier and fall into the water create big waves and can easily destroy a large ship.

But we are in the time of GPS and satellites. From satellite photos, the scientists realized what happened before the glacier covered again that stretch of the valley.

We go up the fjord for about thirty kilometres between white, blue, green, and brown (yes, there’s also the dirty ice) iceberg until we get to Tiniteqilaaq. It’s a village of 153 inhabitants who live essentially on hunting and fishing: seals, polar bears, salmons.

The village lies on a rocky promontory protected by the Sarpaq island. The harbour is opened on the Ikâsartivaq fjord, which in summer is ice-free and thus allows easier and safer navigation.

This is the final destination of the young couple who travelled with us. Now they collect their luggage, greet and leave the boat, walking, with an incongruous trolley, along the steep sandy road that climbs to the top of the hill, flanked by the typical colourful wooden houses. Other houses are scattered along the rocky coast and around the open space that serves as a heliport. From here, there is a wonderful view over the Sermiklik fjord, the glaciers and the iceberg. From time to time you hear the crash and thump that baptise every new iceberg’s birth. 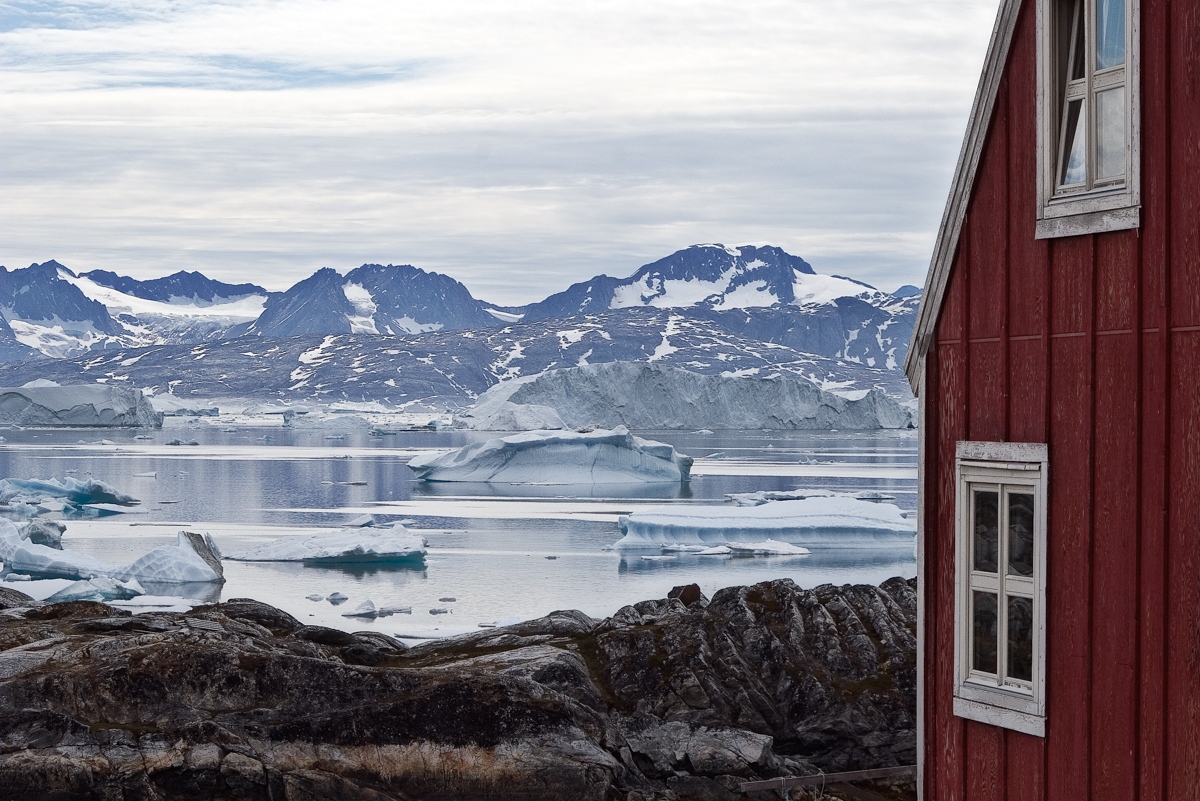 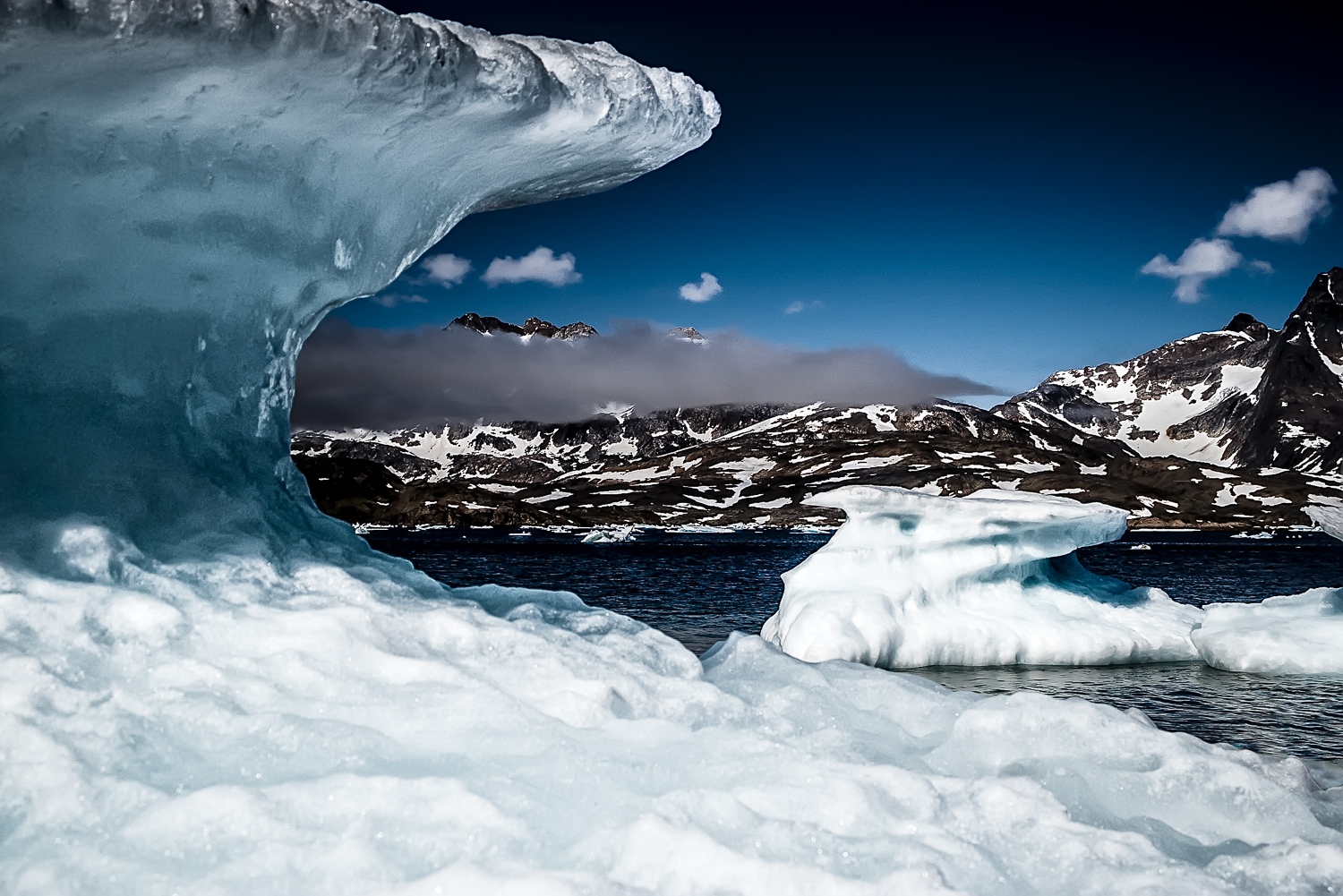 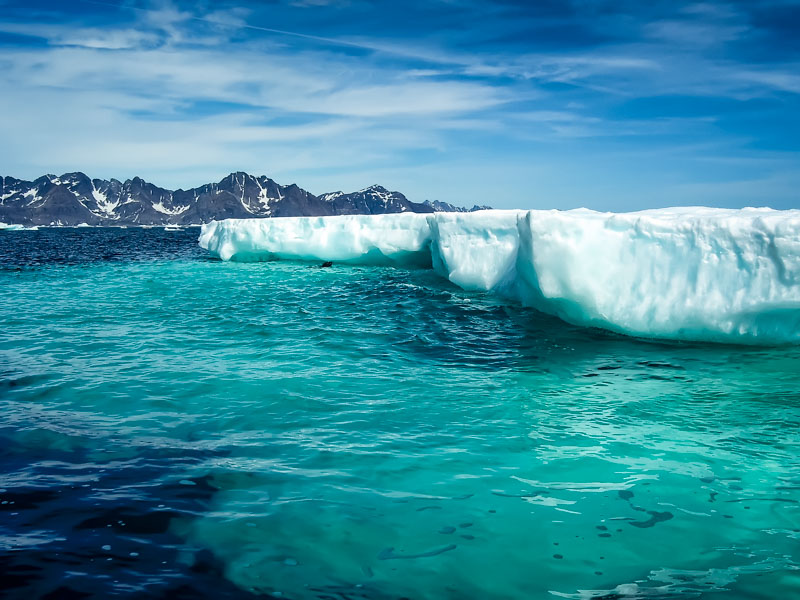 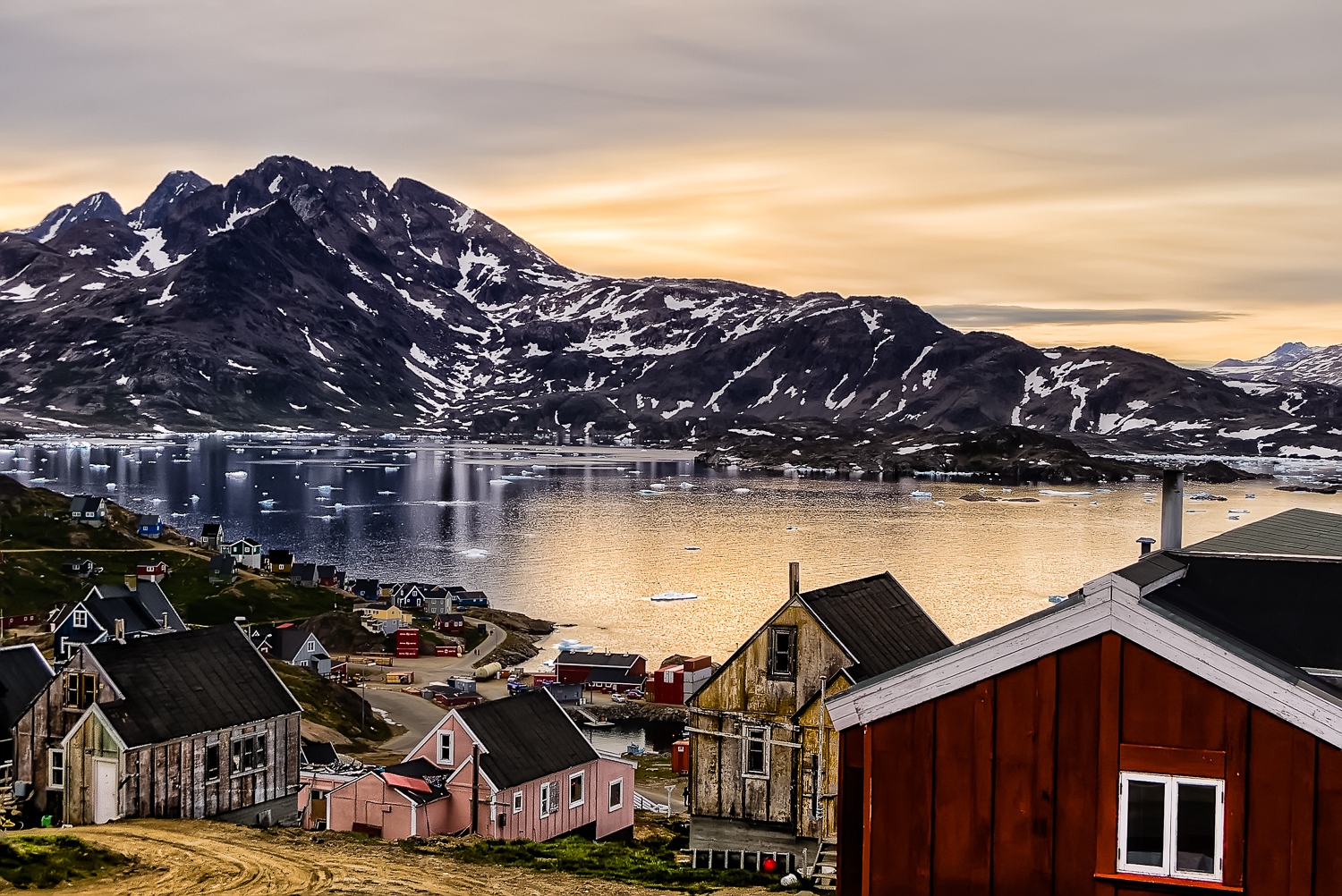 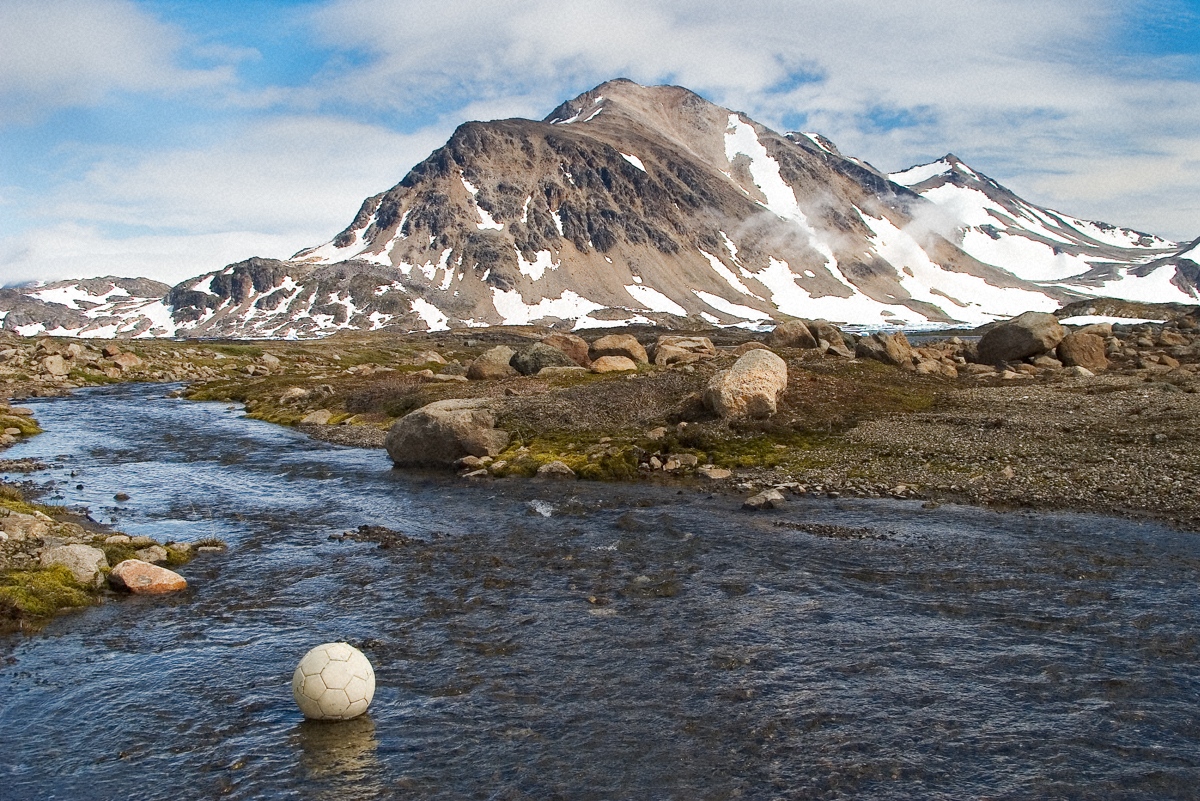 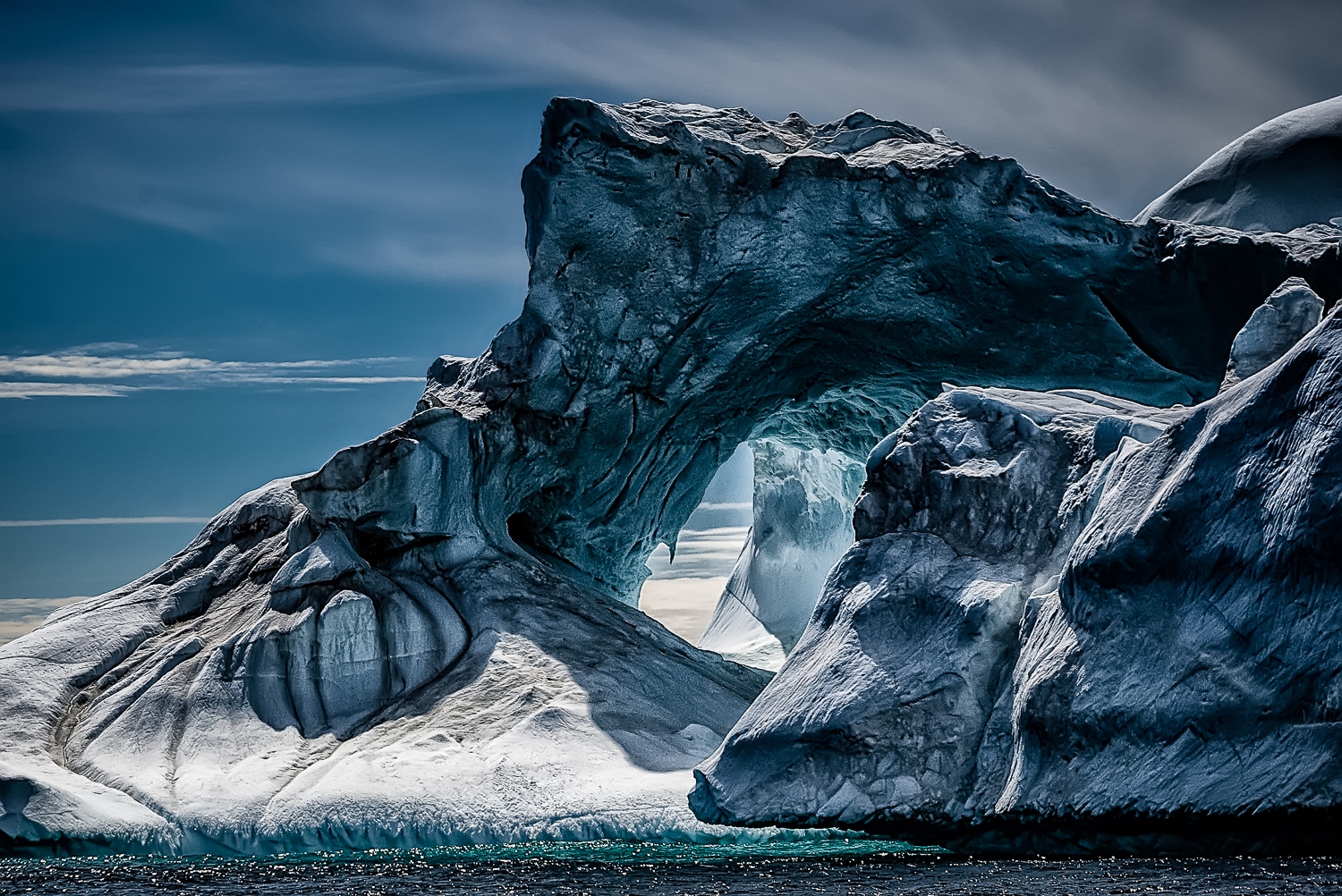 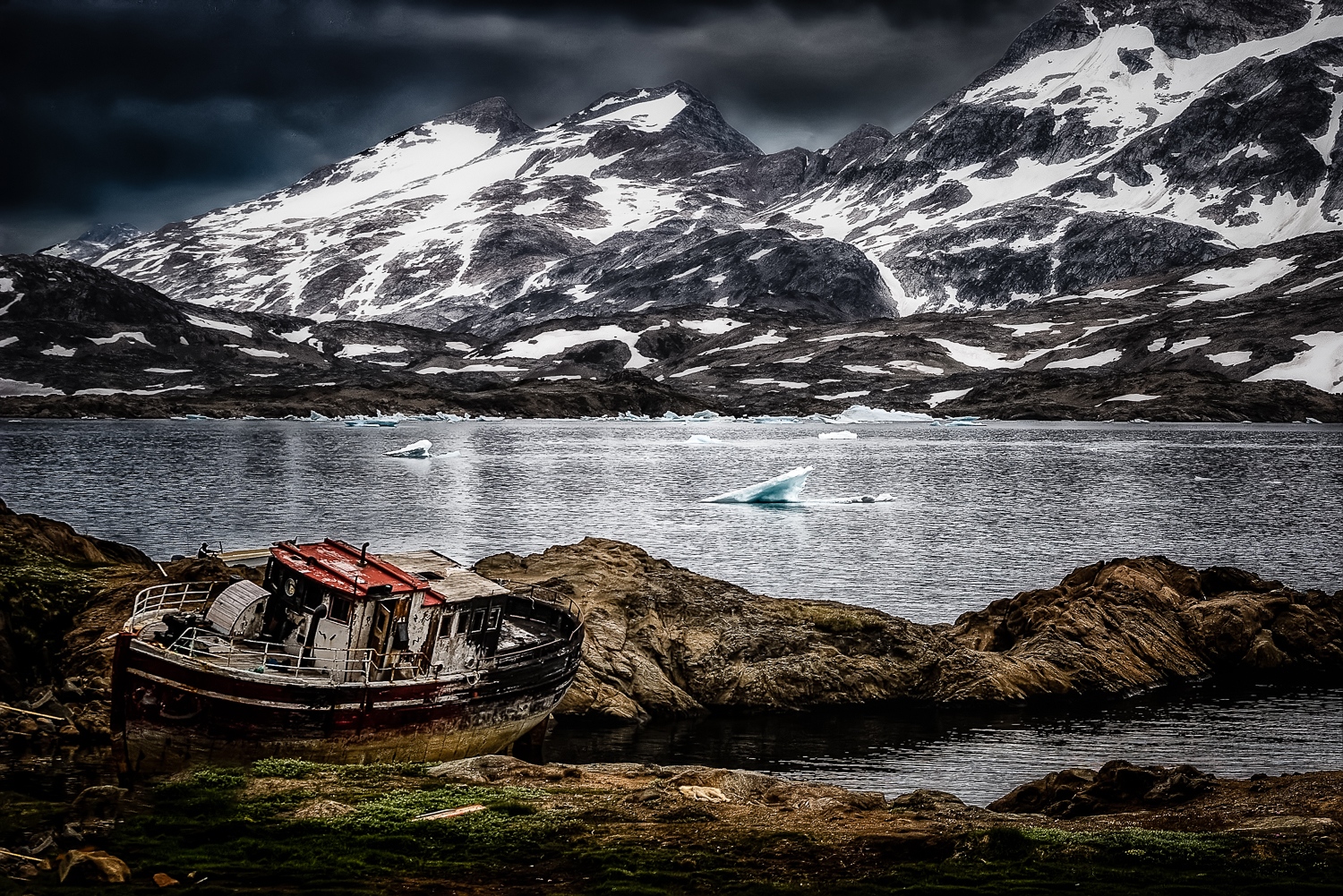 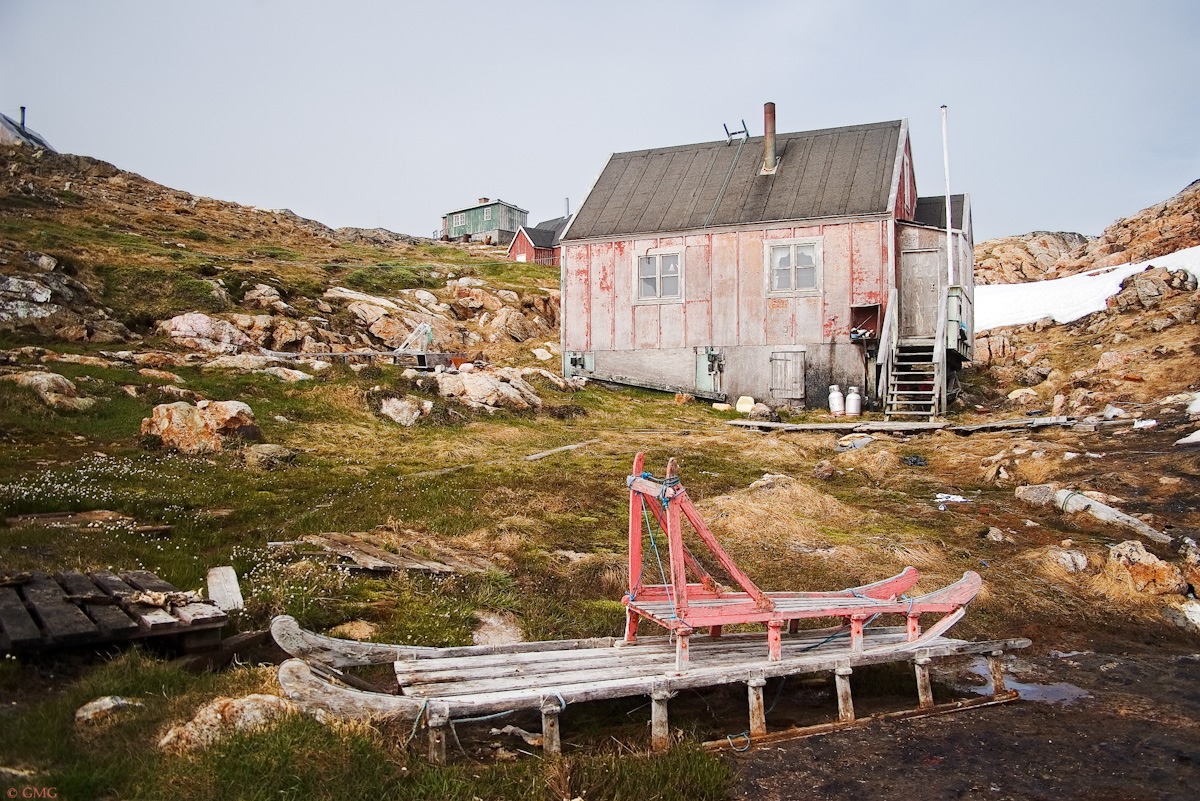 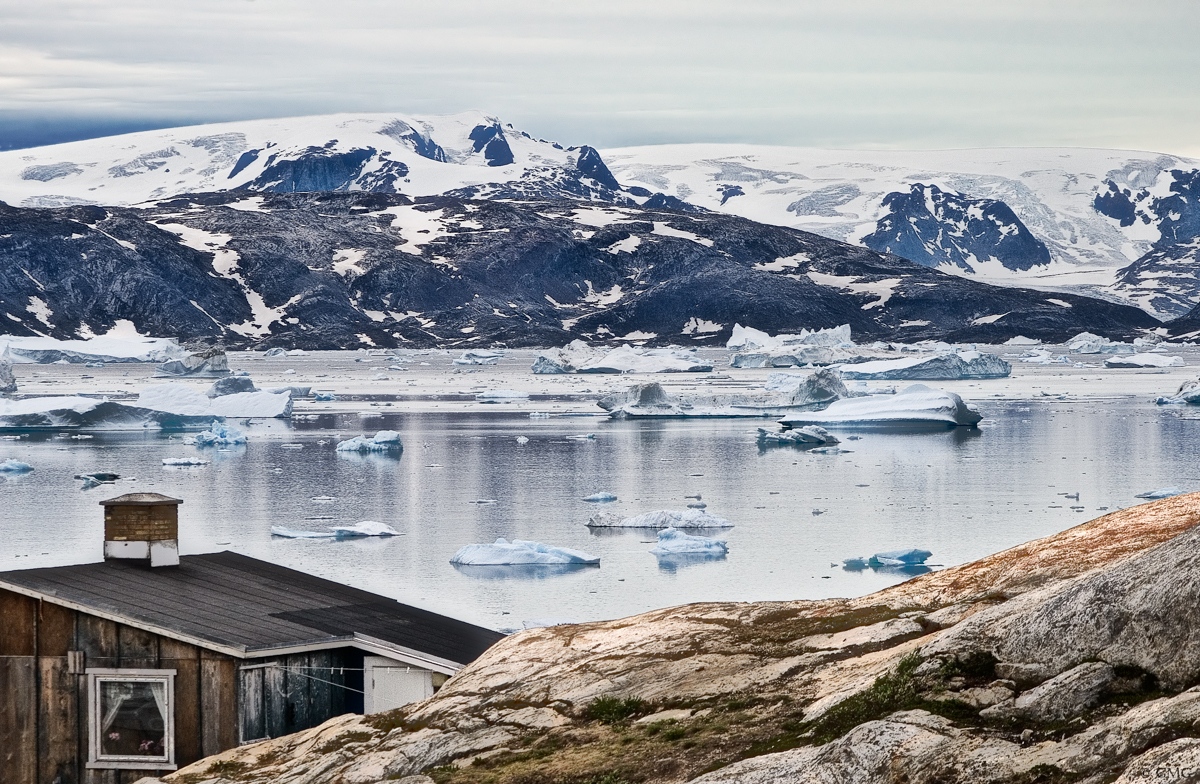 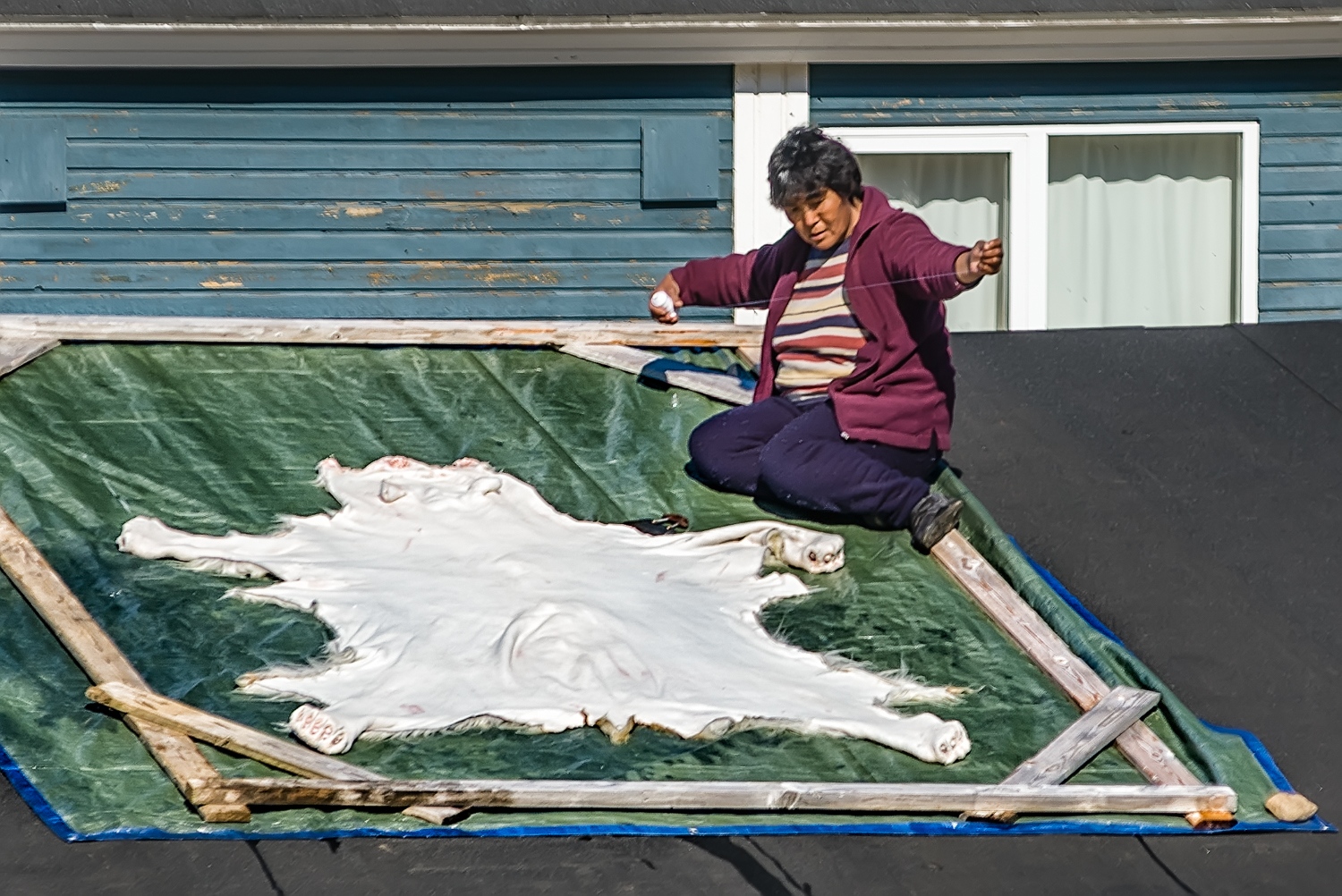 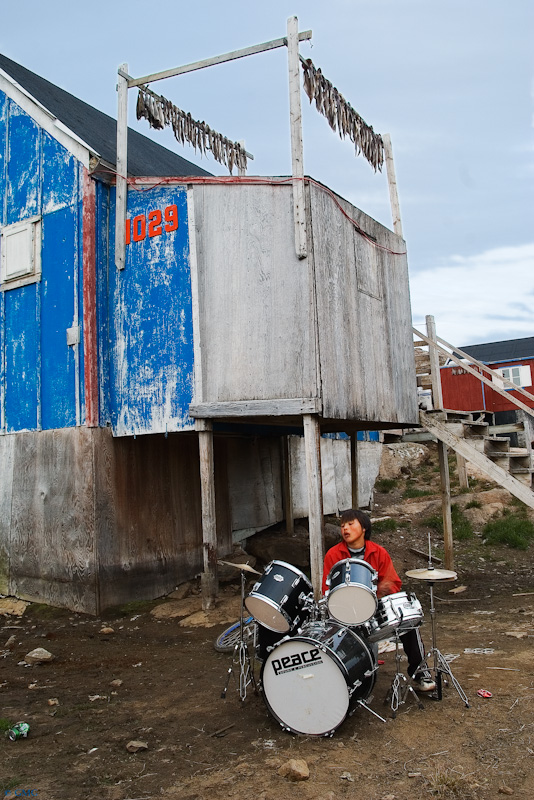 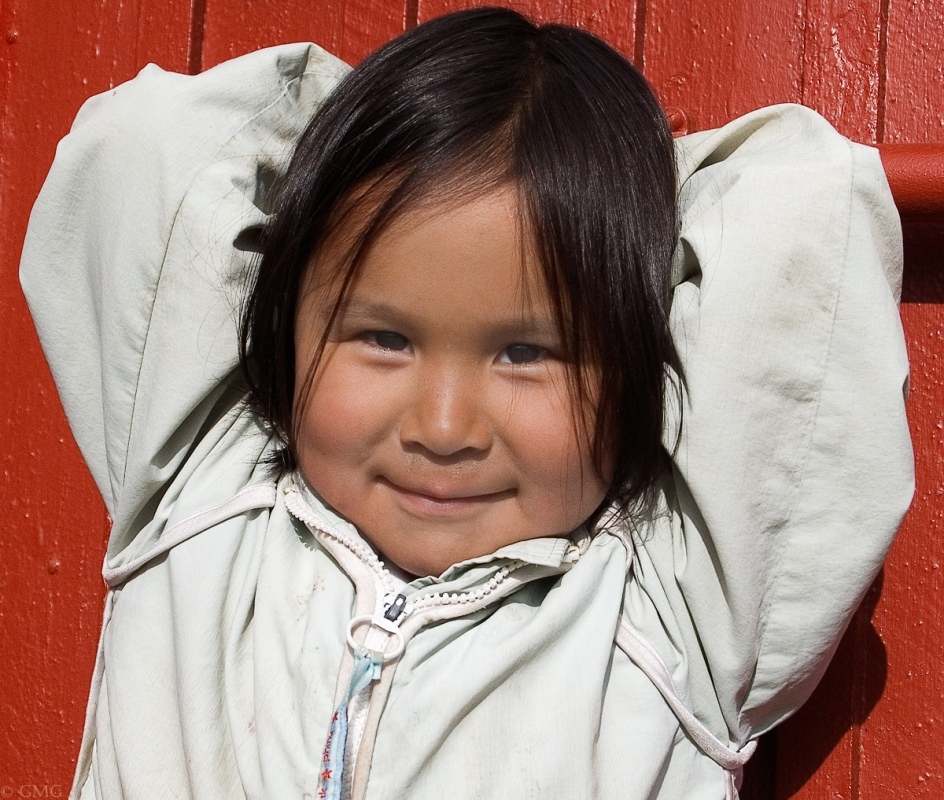 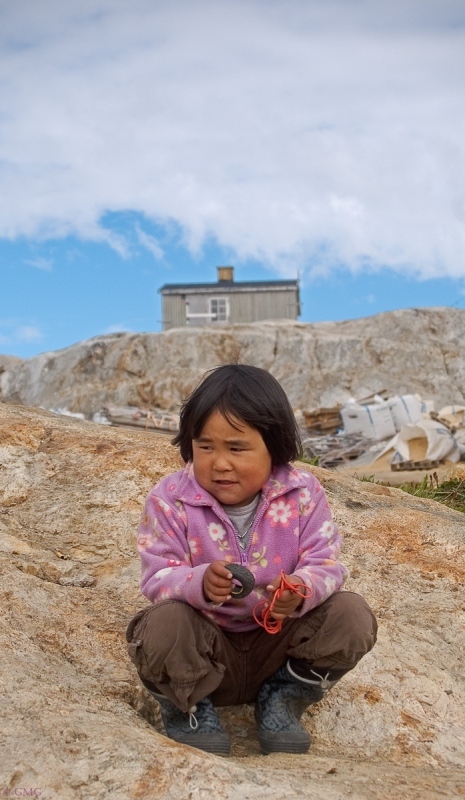 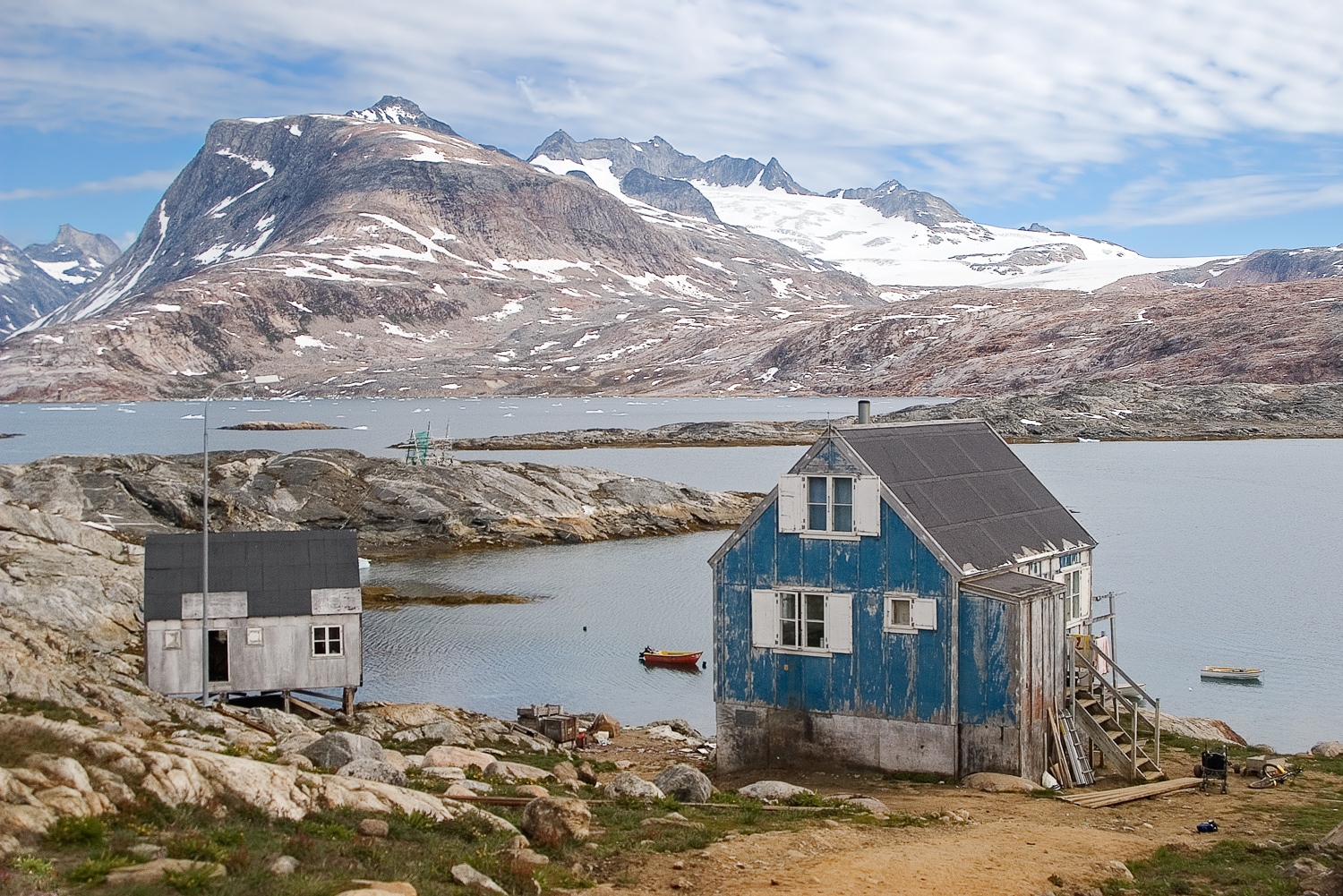 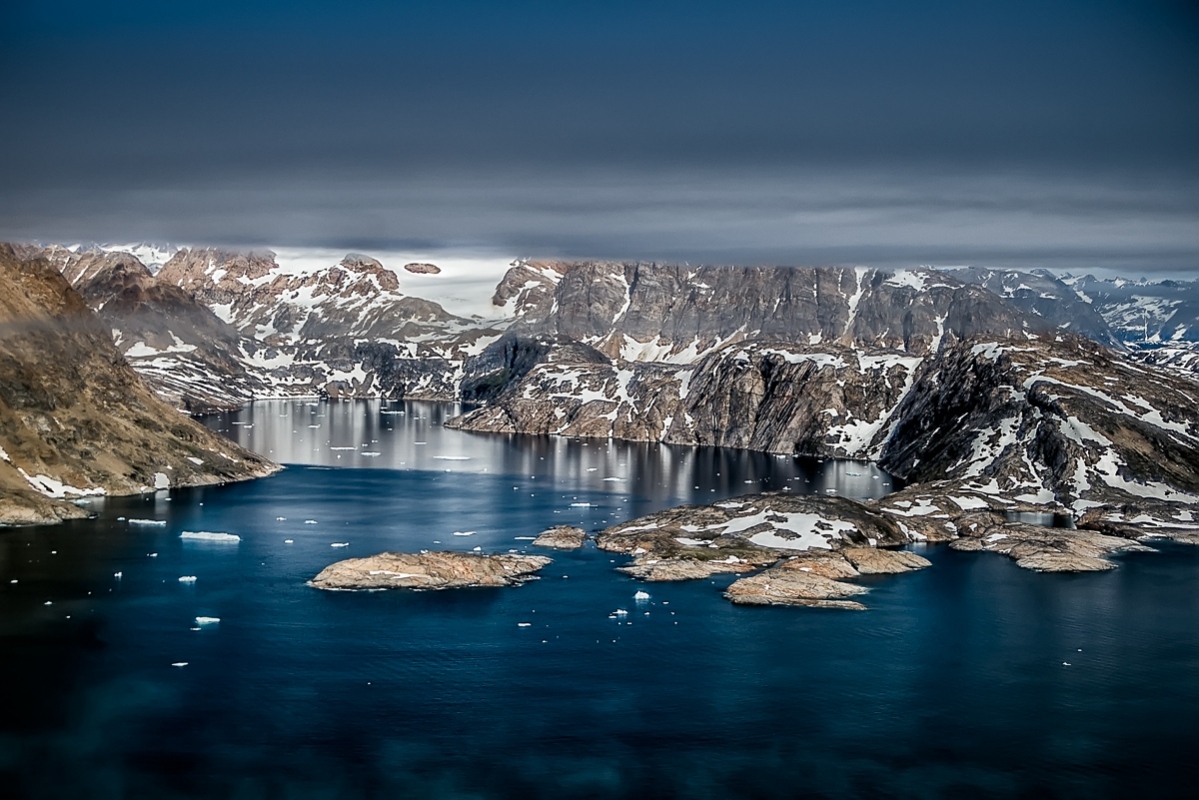 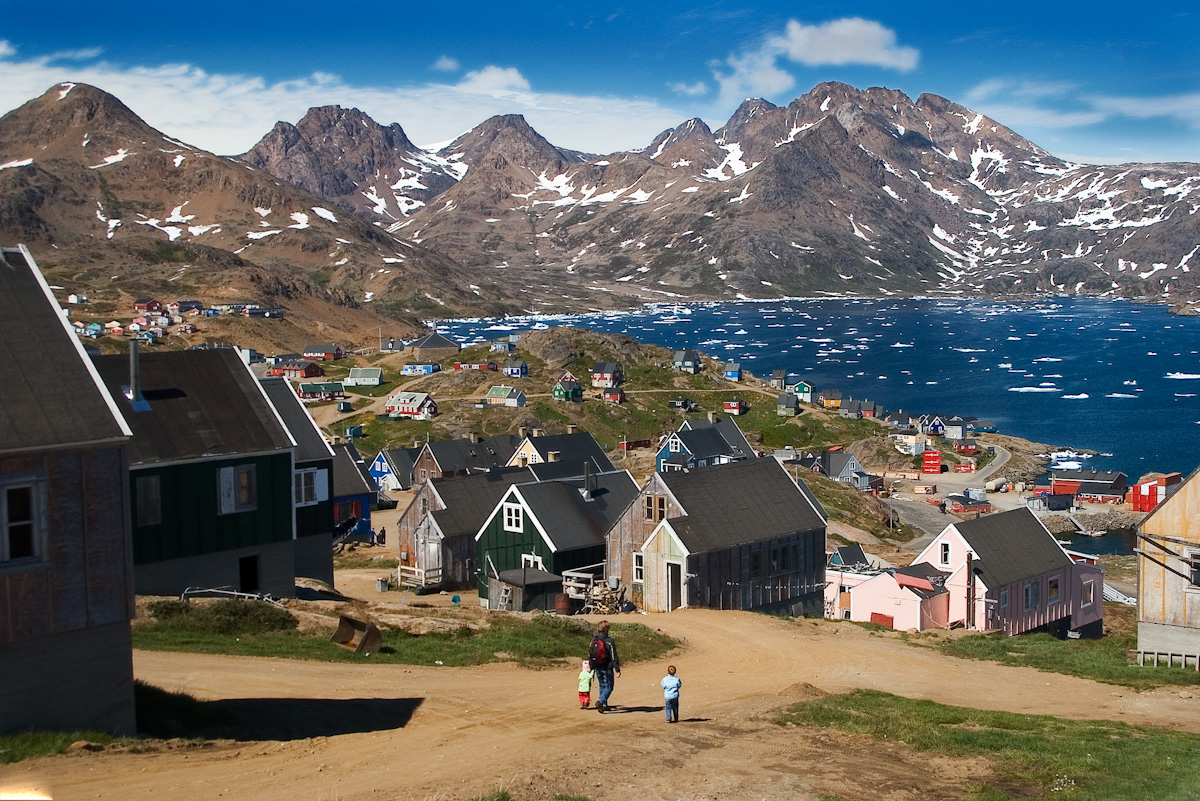 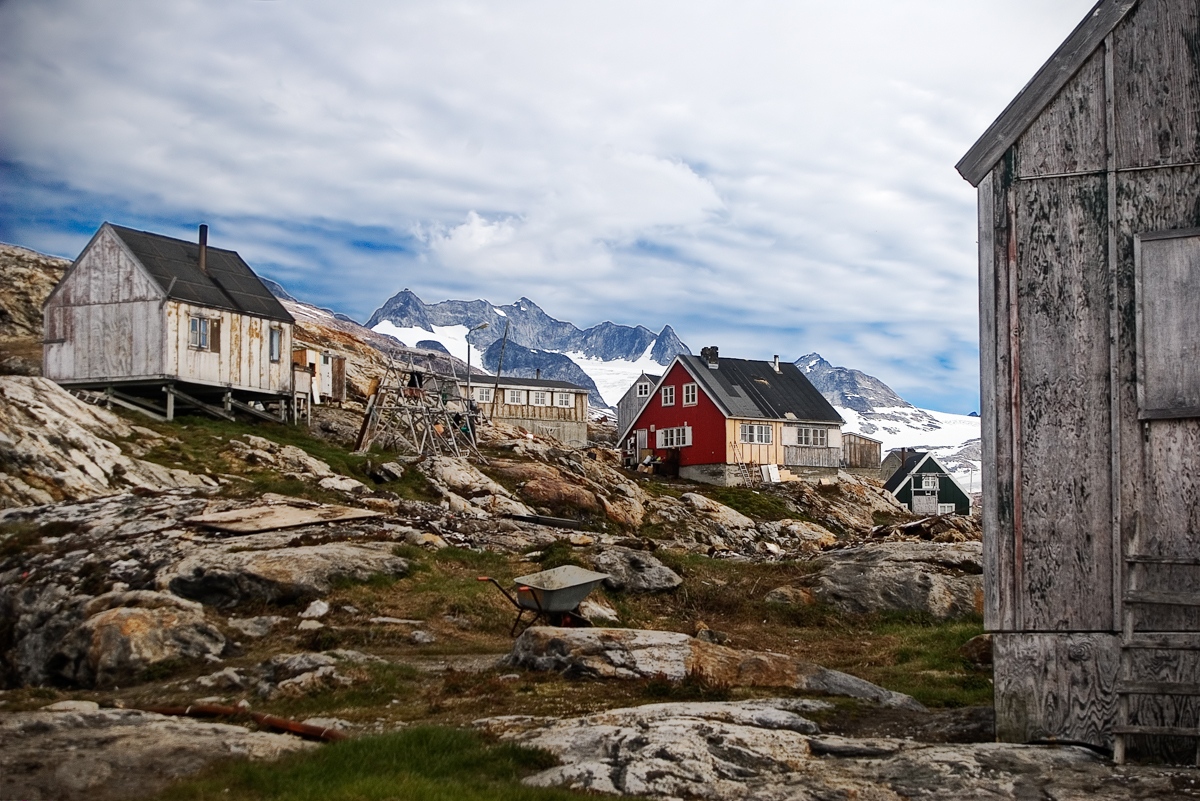 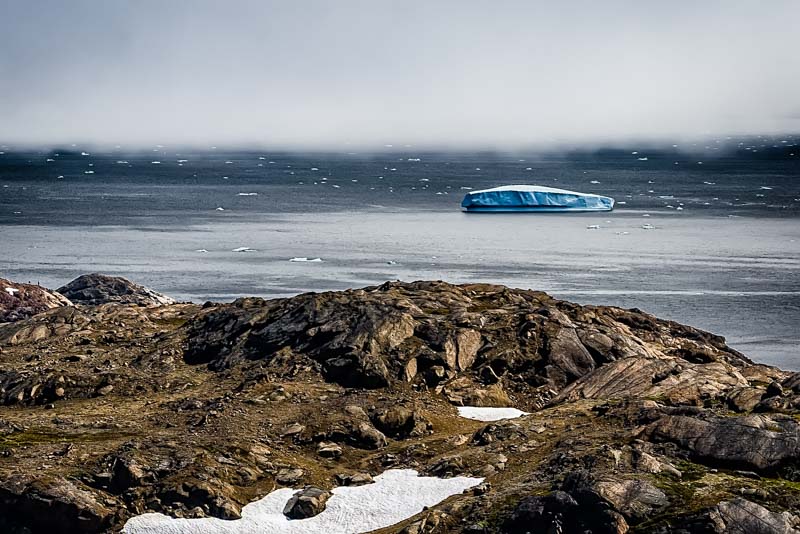 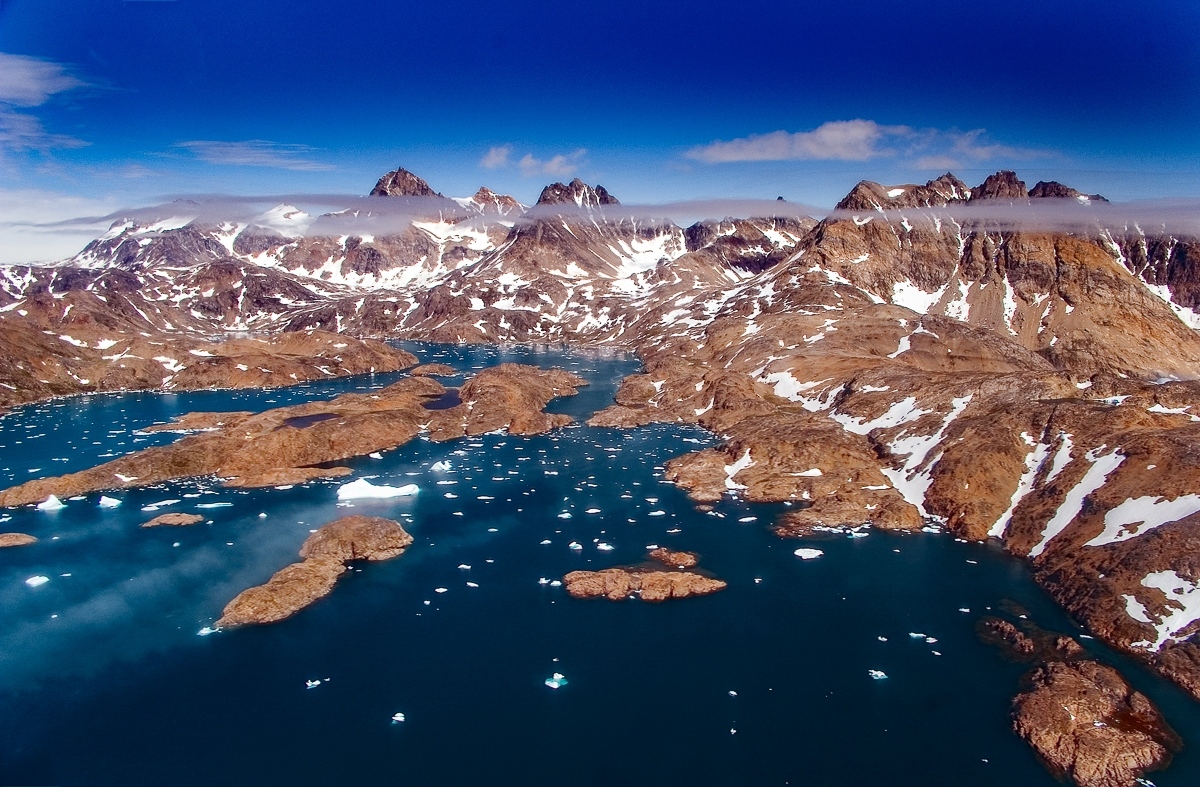 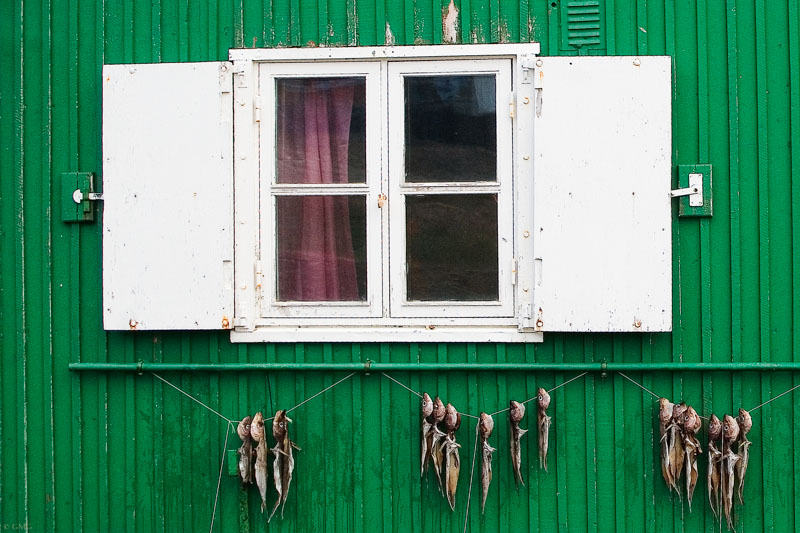 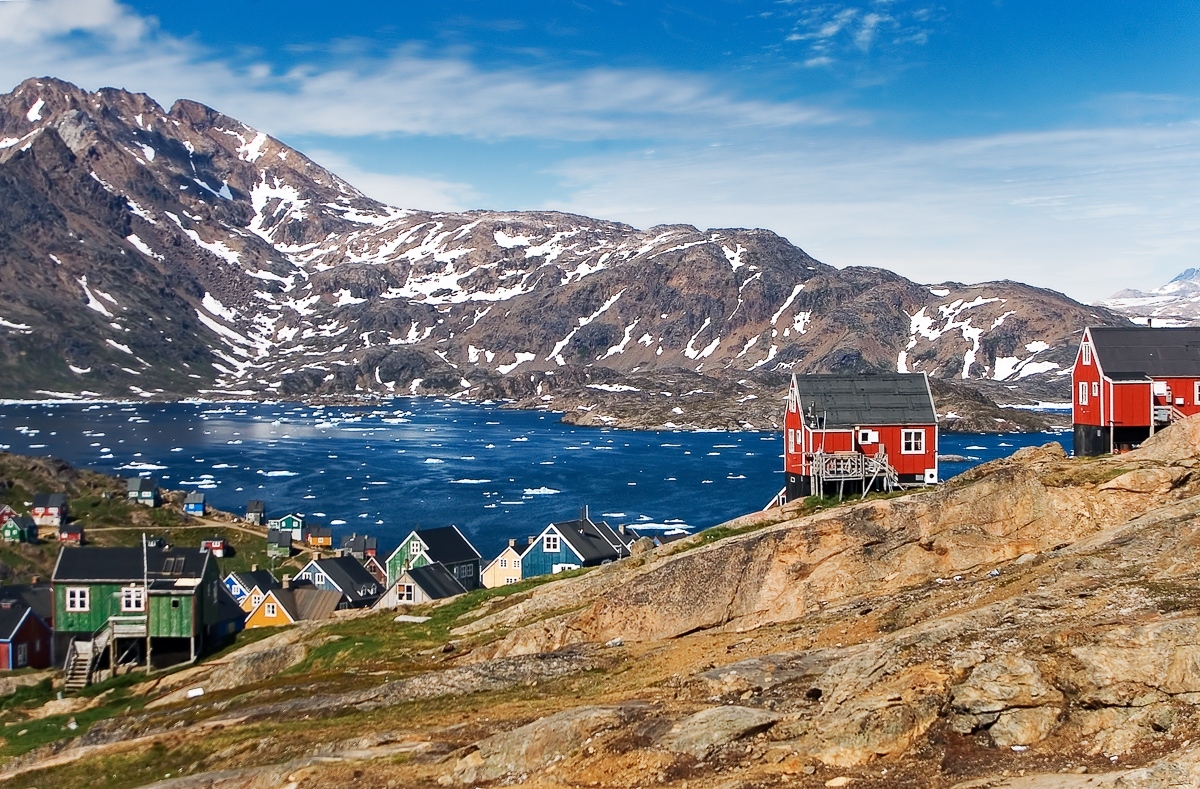 Did you like it? For more beautiful photos, just use the menu above and browse the site.

Did you know you can send any of my images as an e-card?

Just choose your favorite image and press the e-card- button down on the right and that’s it, the pic is ready to be sent to your beloved ones! Just give it a try, it’s fun and it’s free!

2 thoughts on “Into the frozen void”