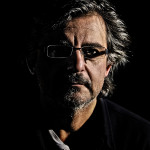 I am a free lance outdoor photographer based in Avellino, Italy.

My main activity is based on travel reportages and landscape photos. I have traveled 56 countries in the world and yet have many locations in my wishlist!

I am a contributor of Getty Images.

Photos On The Road  is my brand.

I have showed my works mostly in Italy during last years, but also in the USA.

“Prague”: a multimedia show based on photos and text about one of my preferred cities (2008).

“And not even a night – Arctic in summer”, with photos shot in Greenland and Iceland (2009).

I was awarded an Honorable Mention at the Golden Orchid International Photo Awards 2017.

One of my travel reportages, about the Hadza tribe of Tanzania was performed in November 2010 in a collective exhibition titled Africa yesterday and today held by the “Chatwin Prize” (Genova, Palazzo Ducale – Loggia degli Abati).