Skip to content
Home » My blogs » English » 5 of the most beautiful wooden churches of Maramures, Romania

A lot of green around, many hills and a church made completely of wood.

You could think you’re in Norway, but no! You’re much more south: Maramures is a poor, agricultural region of Northern Romania, stretched between the mountains and the Ukrainian border.

Maramures is an interesting area: it still holds ancient rural habits and has beautiful landscapes. In one of its tiny villages, Viseu de Sus, starts its way Mocănița. It’s a narrow-gauge railway built in 1932 and still operational with steam and diesel locomotives to transport wood from uphill to the plant down in the valley. The railroad is today also used for touristic purposes.

The wooden churches of Maramures

Among the most interesting features of Maramures are the wooden churches.

They were built centuries ago when the ruling catholic Austro-Hungarian empire forbade to build orthodox churches with more durable materials. They wanted only the catholic churches made of stone and long-lasting.

But this is a region with huge forests, and if the locals couldn’t use stone or concrete, they decided they’ll try to build with wood.

And it was a great success: the churches are beautiful and evocative and they’re still standing today, after centuries.

Usually, the churches are built on a hill in the centre of the village, so their size appears greater and impresses more the faithful and the tourist.

More than 50 churches have survived in the entire region, and eight of them are listed in the Wooden Churches of Maramureș UNESCO World Heritage Site.

During my visit, I didn’t have enough time to visit them all. And would have maybe proved to be a bit too much. Byt my friend Daniel Secarescu was a nice travel companion and showed me the most beautiful. From that trip, here is a list of the 5 churches I liked the best during my visit.

The wooden church of Barsana was built in 1720.

Its current location is different from the original one. Wooden buildings can be easily moved and so happened to the church. Originally, it stood in a lower position. It was moved to the hill because the villagers believed that the plague victims buried without a funeral would only find their rest if the church was moved there.

In Barsana there is also a more recent, bigger and more touristic monastery. It was built in the last decade of the 20th century, during the Ceausescu era. It’s also worth a visit but it has a completely different atmosphere. It’s more crowded, with souvenirs shops, there’s a big parking lot just at the entrance. You won’t find at the old church all the tourist buses you can see here.

The wooden monastery of Botiza isn’t part of the UNESCO list and is much more recent. But it is beautiful and stands in a spectacular location. The porch is decorated with the typical Maramures arches.

It stands on a green hill, completely surrounded by a beautiful rural landscape.

Ieud is a village of 4.000, yet it hosts three wooden churches!

The Upper Church of Ieud is the oldest one and is listed in the Wooden Churches of Maramureș UNESCO World Heritage Site.

Made of fir tree wood, historians don’t agree on the date of its construction. The most cautious suggest the 17th century, others date it as far back as 1364 and deem it to be the oldest in Maramures.

The painting in the pronaos depicts the Last Judgement. It’s the moment when the blaze of hell is about to engulf the sinners.

In the attic of the church, an important discovery was made: the Codex of Ieud, a document dating from 1391, which is generally considered to be the oldest example of written Romanian.

In Poienile Izei, another small village of Maramures, stands the Church of the Holy Paraskeva. Built in 1632, it was super elevated during the first half of the 18th century.

It’s one of the most beautiful and well preserved wooden churches in the region. It features a double canopy and a bell tower erected above the narthex, harbouring a bell room with an open gallery and arcades resting on pillars, all covered by a high-pitched pyramid-shaped roof.

The church of the Holy Archangels is acknowledged as the tallest historical wooden church in the country, due to its 54-meter-high bell tower. The church combines all the features of wooden churches from Maramures at the peak of their development, especially in terms of style and decorations.

It was built in 1721 after the last massive invasion of Tartars that ravaged the country and is made entirely of oak wood. No iron nails were used in its construction.

In 1783, three painters shared the task of decorating the interior. The two-level portico with double, scalloped arches and its tall bell tower date back to the 19th century. The framing windows of the door between the narthex and the naos were added in 1932.

Well, it was a long journey and took me to visit some awesome churches. But it also took me to know better Maramures, its people and their other beauties. If you like to see more about this beautiful region of Romania, you could start here! 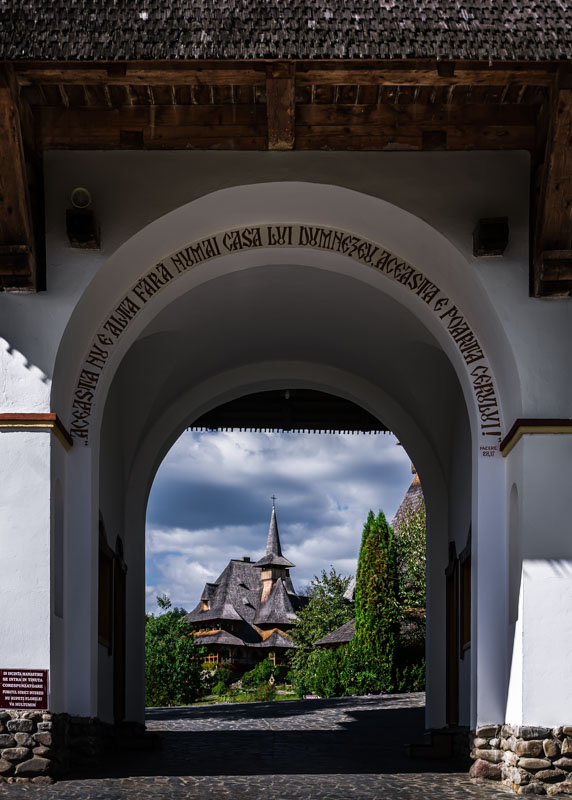 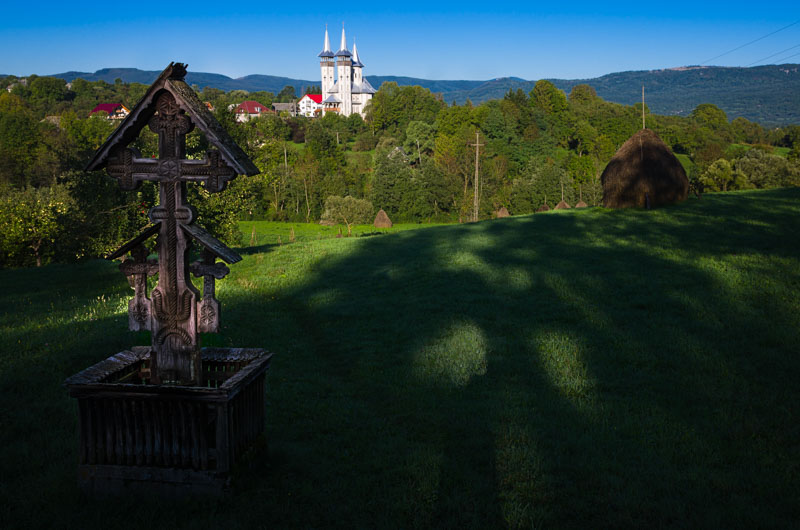 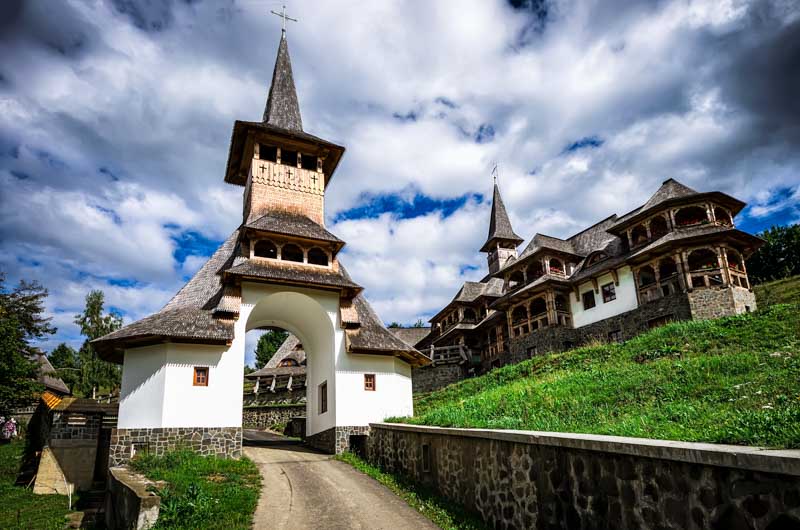 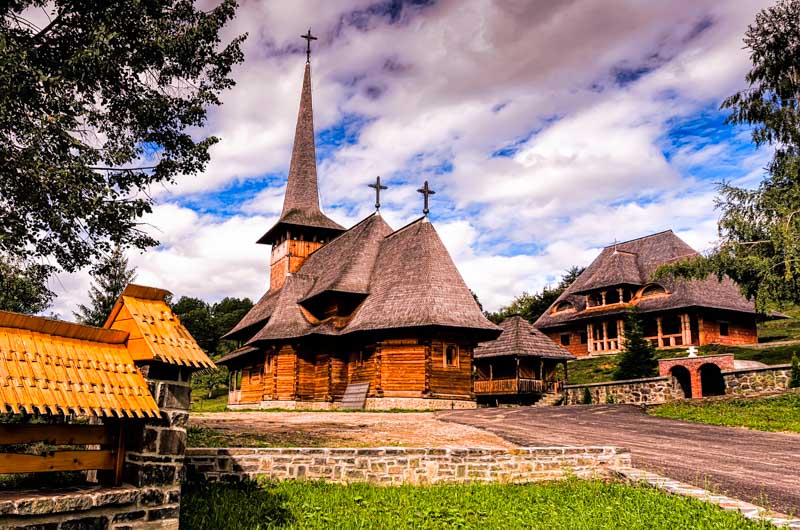 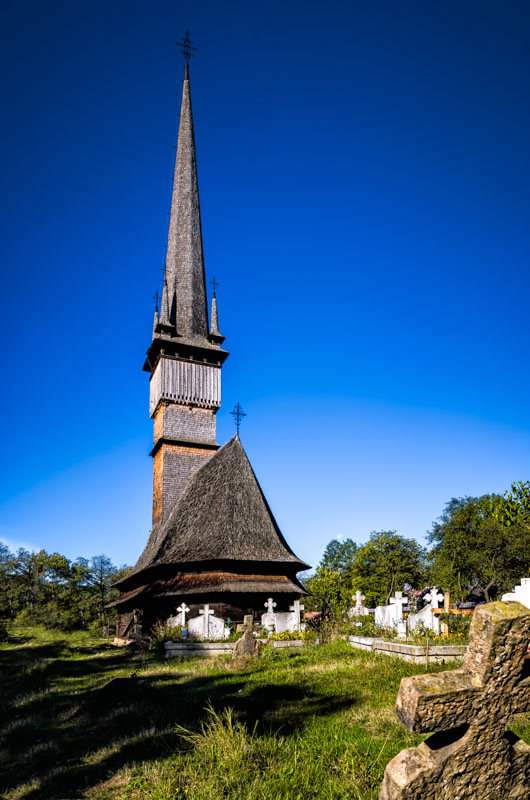 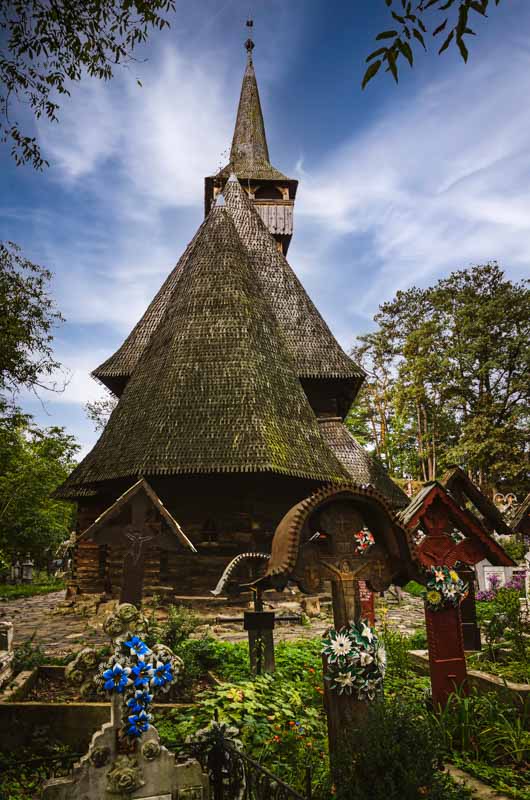 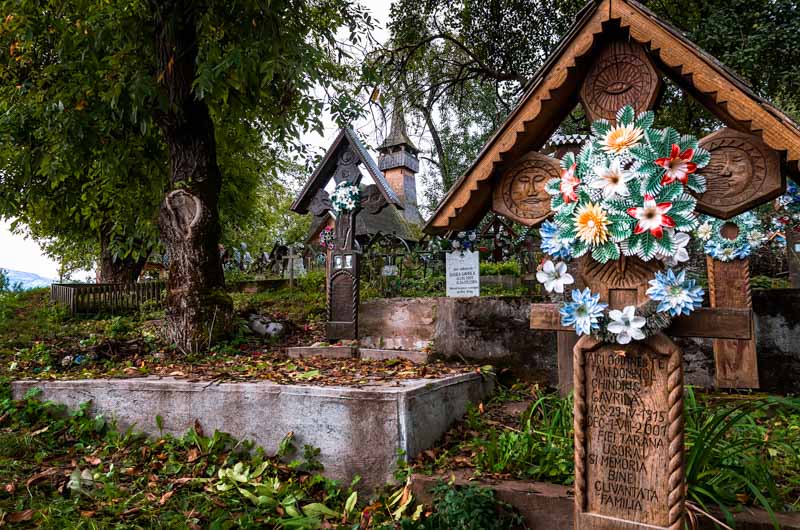 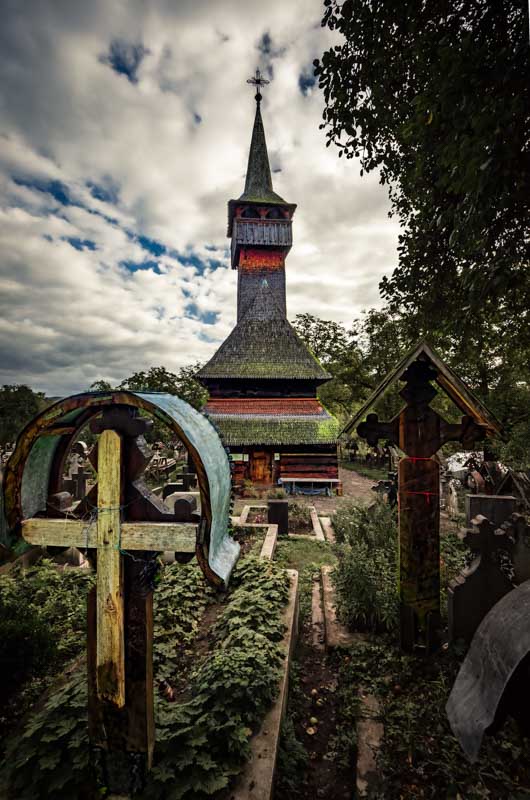 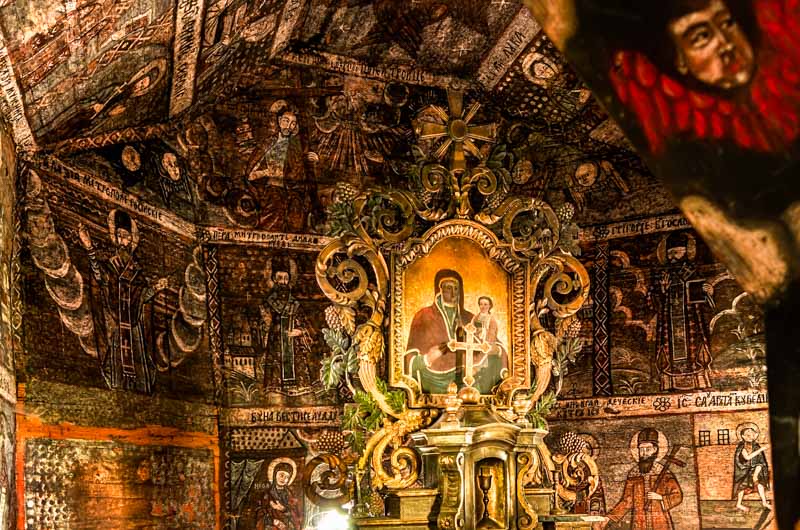 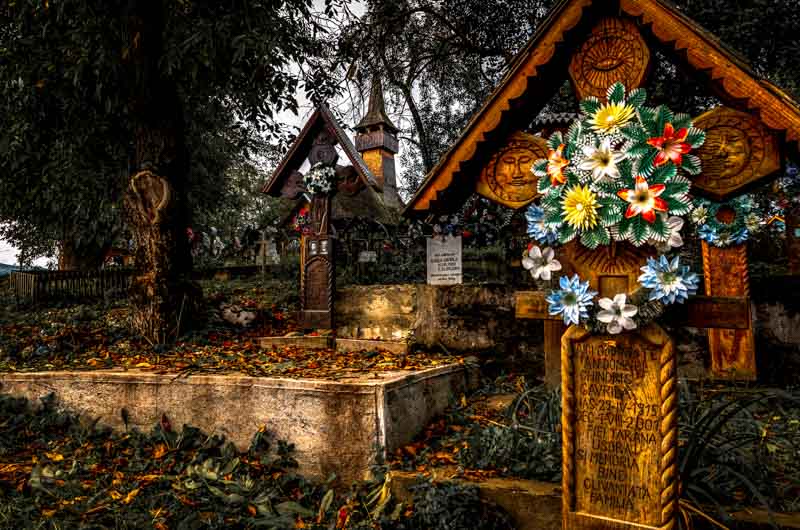 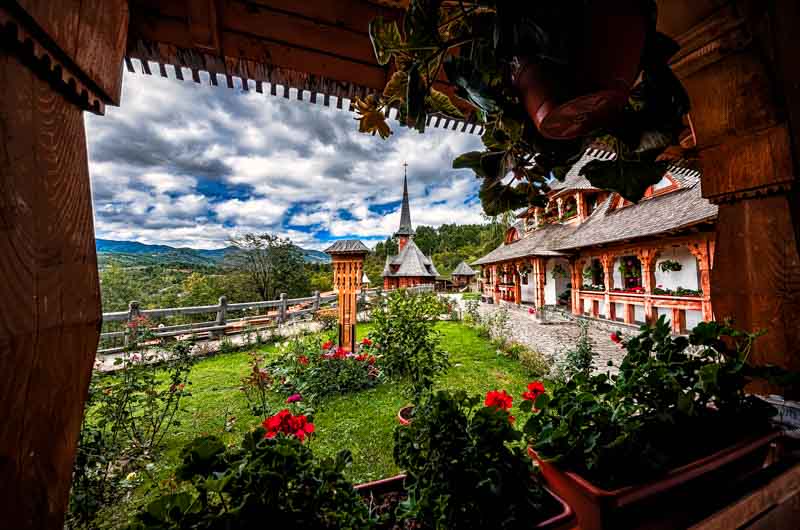 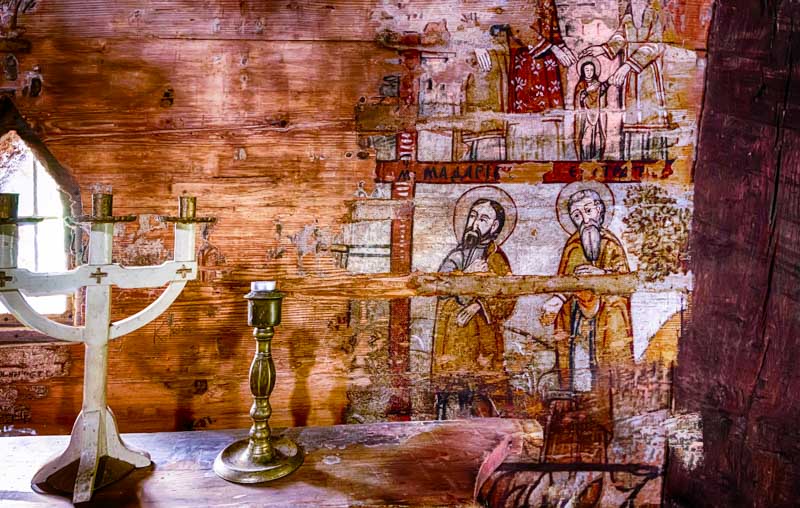 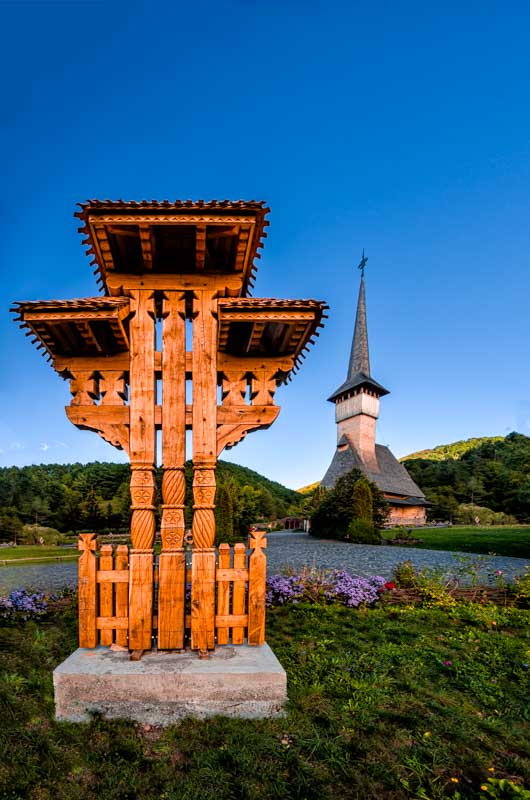 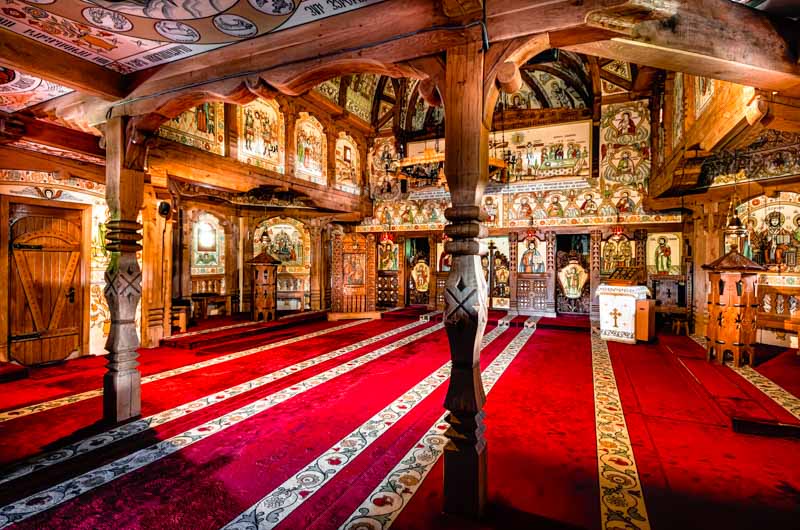 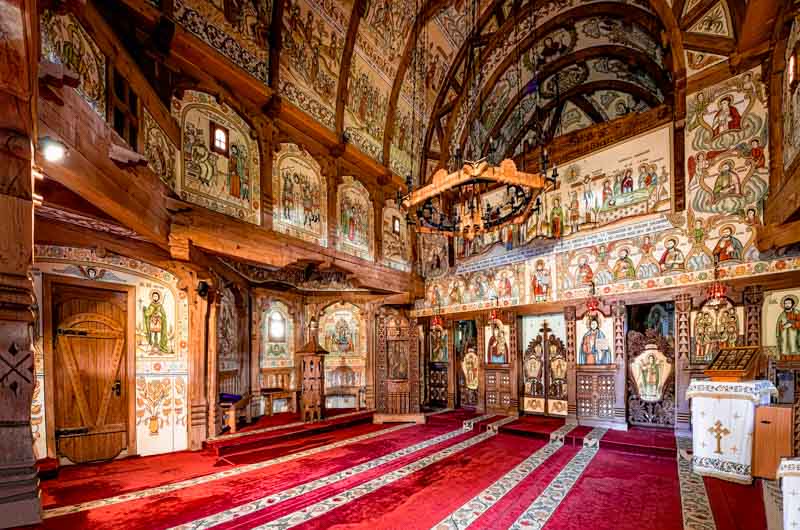 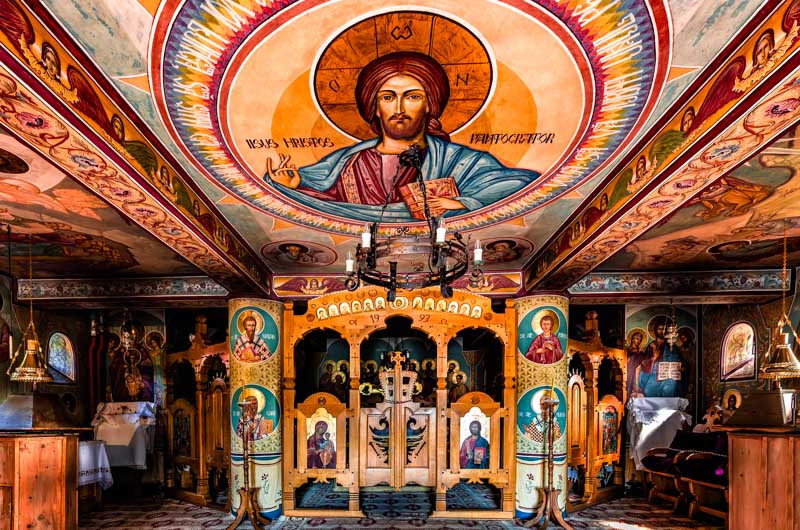 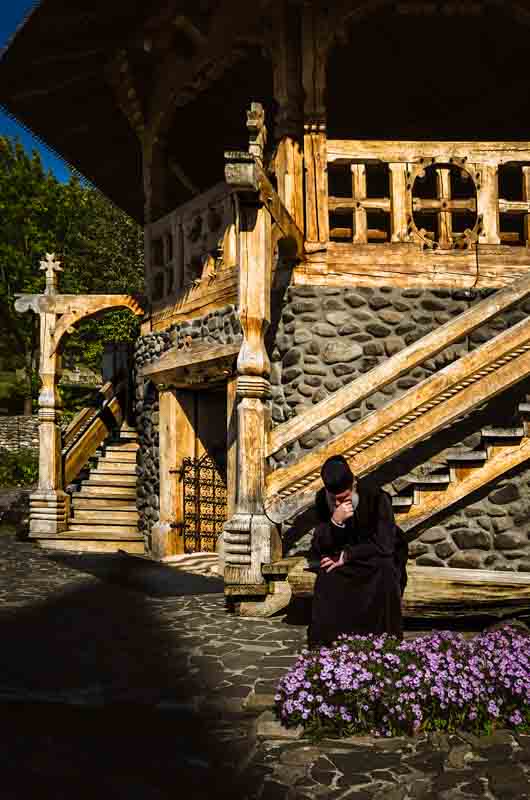 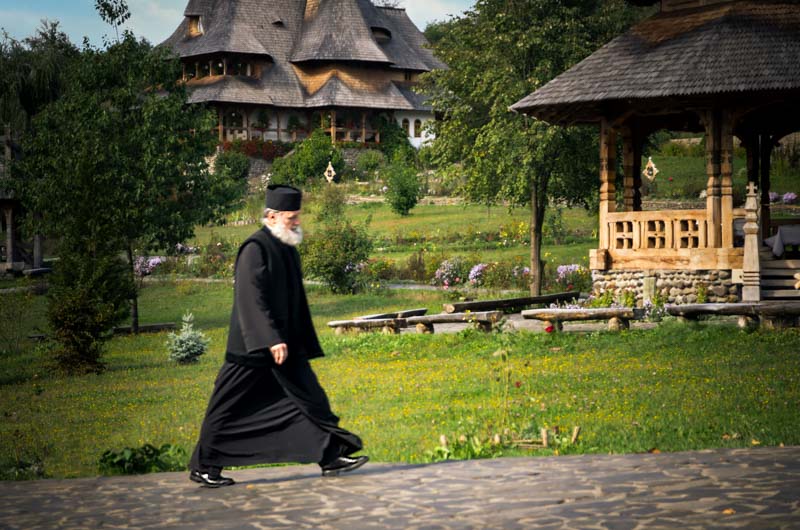 1 thought on “5 of the most beautiful wooden churches of Maramures, Romania”