Closed in 2008, Berlin Tempelhof airport was the main airport of Germany during the Nazi era.

It fights for the title of the oldest operating commercial airport and still is an iconic landmark.

It’s one of the few airports in Europe still showing its pre-World War II architecture.

All the other classical airports in Europe have been demolished or refurbished. Think for example of Saint Petersburg’s Pulkovo 2 airport terminal.

You can visit the airport.  There are regular tours throughout the year that show the visitors most part of the structures, from hangars to the hotel and offices.

It’s a great occasion for photographers interested in abandoned and decaying historical buildings. I didn’t miss the chance, when I visited Berlin, to join the tour. You can watch a slideshow here below:

And here is a list of the 6 spots of the airport that I found most interesting and compelling for a photographer.

The monumental airport’s building looks like a typical Nazi structure.

Huge but simple, in the shape of a crescent with clear lines and straight edges. The total length from one end to the other is 1.2km.

It was one of the largest buildings on Earth when it was built.

Inside the building, there is a whole world.

The hotel has crescent-shaped corridors, a ballroom with a hardwood floor, a bar where the stickers of the air squadrons are still on walls and mirrors.

There are a gym and a fully equipped basketball court.  There are restaurants, offices and the huge main hall, a remnant of Hitler’s times with stainless steel additions.

The ceiling of the departures hall is so high that you can step up a staircase and enter the airport’s restaurant under the same ceiling.

Then you realize that the ceiling height was lowered and start to think about how majestic it should appear 85 years ago.

At the entrance of Berlin Tempelhof Airport , you can see a majestic eagle head welcoming the visitors.

Well, there aren’t many visitors anymore, but still, the eagle stands patiently there….

It used to have a body and to sit on top of a swastika and was placed on top of the airport’s entryway. After the war, the idea was to transfer it into an American museum, but the whole object was too heavy to be safely moved. So they threw his body away and put his head on a little pillar in front of the airport, where it still stands.

You go through the departures hall, visit the old restaurant, get all the pictures you like of this vast area that is so big that it seemed empty even when the airport was fully operational, then you go out to the tarmac.

That’s where the airplanes parked and the arrival and departures operations were held.

Your attention will immediately be caught by the impressive canopy roof.

The idea to build just one huge building and have all the different units of an airport (terminals, hangars, counters, waiting rooms, hotels, restaurants, offices, etc) under one roof was a real innovation at the times.

Having a large area under the self-supporting roof for planes to park, was considered a masterstroke of engineering.

The roof allowed planes with a height of up to 12m to park under it. Passengers could embark and disembark in every weather.  Until a few years ago an old plane stood on the tarmac.

When I visited it, the whole area was completely empty. I could see for miles along the former runways that today are a public park.

After the war, the Berlin Tempelhof Airport was converted into a U.S.A.F. base. You can see it clearly written on the hangar’s entrance door.  Once inside you realize that every warning sign is in English.

The hangar is huge, as it was intended to recover whole aircrafts in need of maintenance. It has a distinctive and evocative feeling.

As I said, in the former hotel there is a ballroom.

In the original plan, the Nazis wanted there to be a much bigger ballroom.

If the whole airport was intended also to be a stadium capable to host 1 million people, could the ballroom be smaller than a basketball court?  No, it wasn’t.

But this area was never a ballroom.

The “Berlin Braves” badge is still proudly showing itself in the centre field. You can think you hear the sound of a ball bouncing on the linoleum and steam pouring out of the dressing rooms.

At the end of WWII, when Berlin was continuously bombed, the cellars of the airport building were converted into shelters for the workers and the population living nearby.

In places like this, the population spent days and days without interruptions, in fear and poor conditions.

Even children were recovered. To ease their stress and terror the walls of some shelters were decorated with poems and illustrations in the style of the caricaturist Wilhelm Bush, who was very popular in Germany.

There are many more things you can visit during the 4 hours tour for photographers.

These are just the spots that stronger hit my imagination. For sure you will find other interesting ones.

For example the dark and eerie railway tunnel. Or the mini duty-free shop, probably the smallest in the world when it was operational.

Have you already visited Termpelhof or plan to visit it? 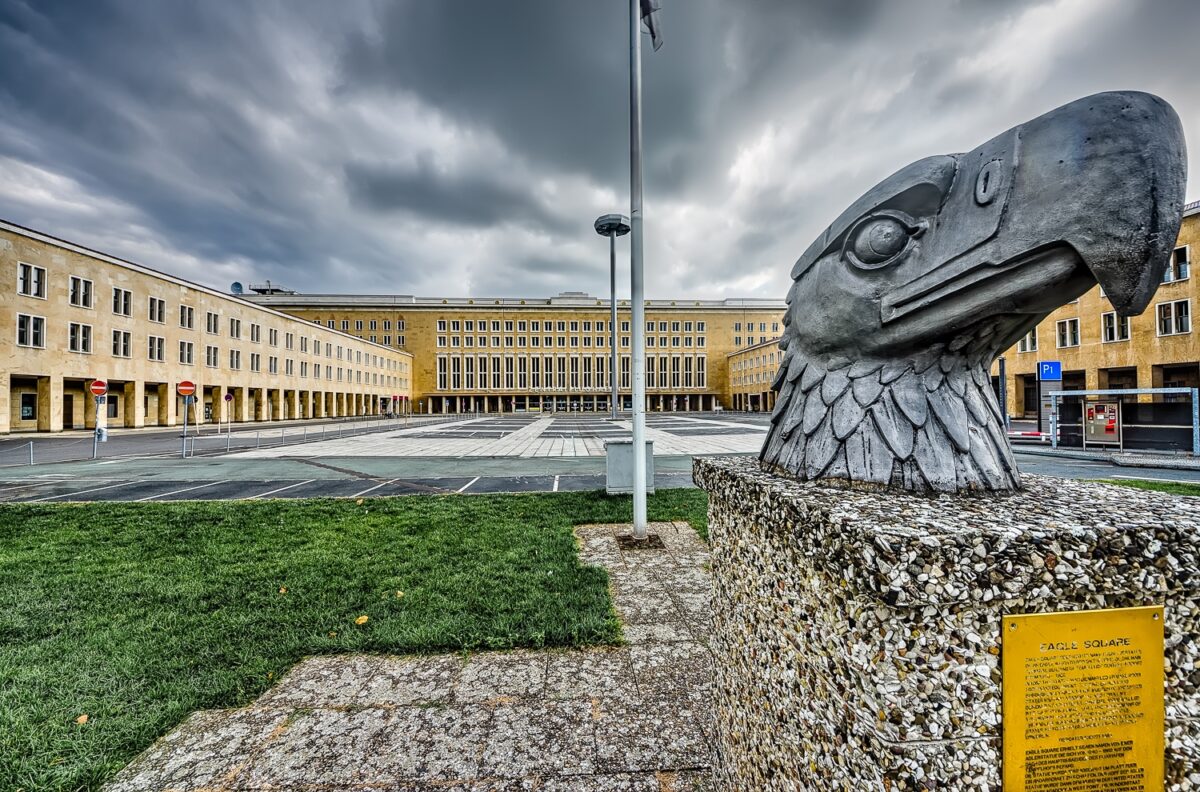 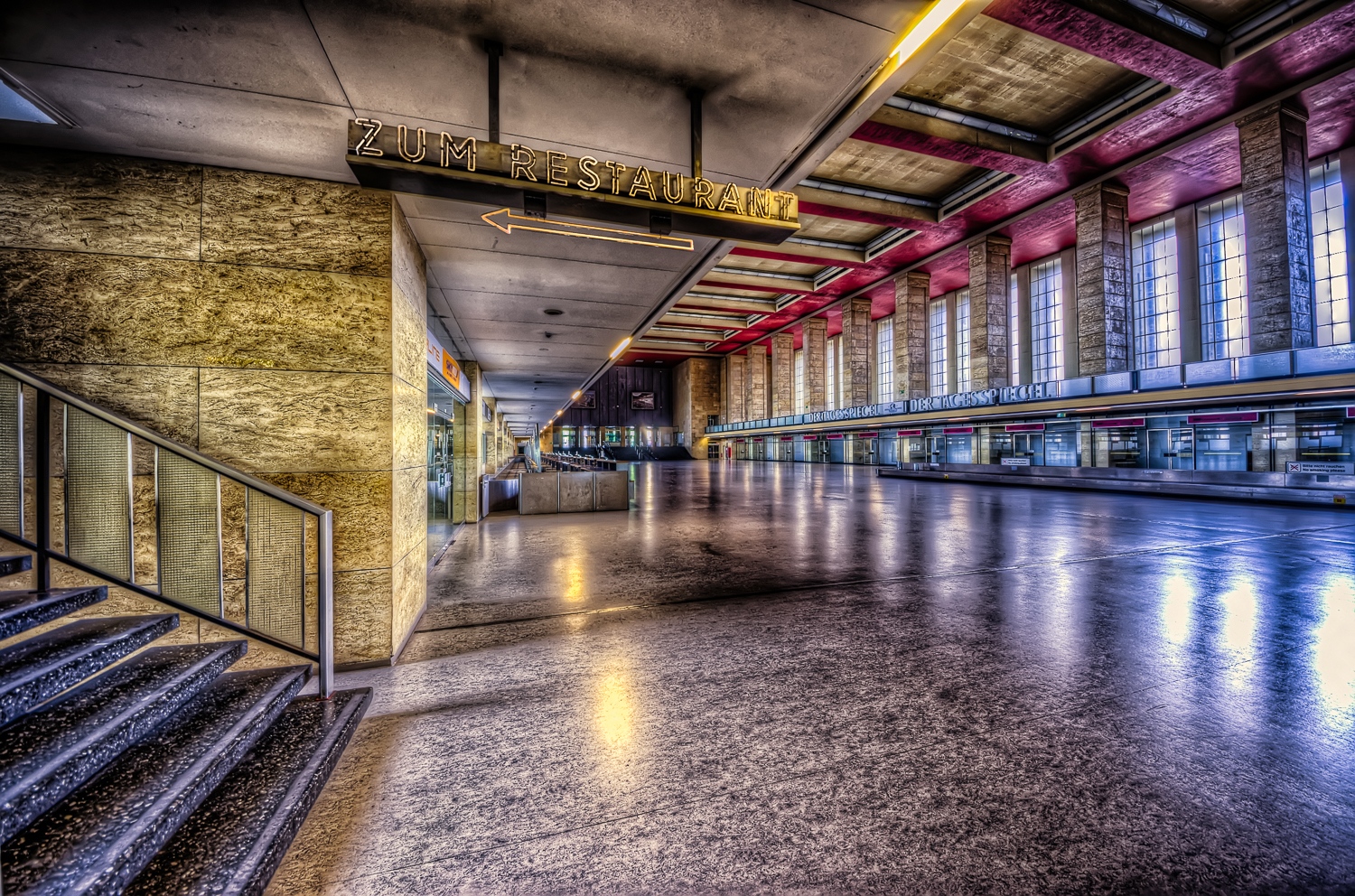 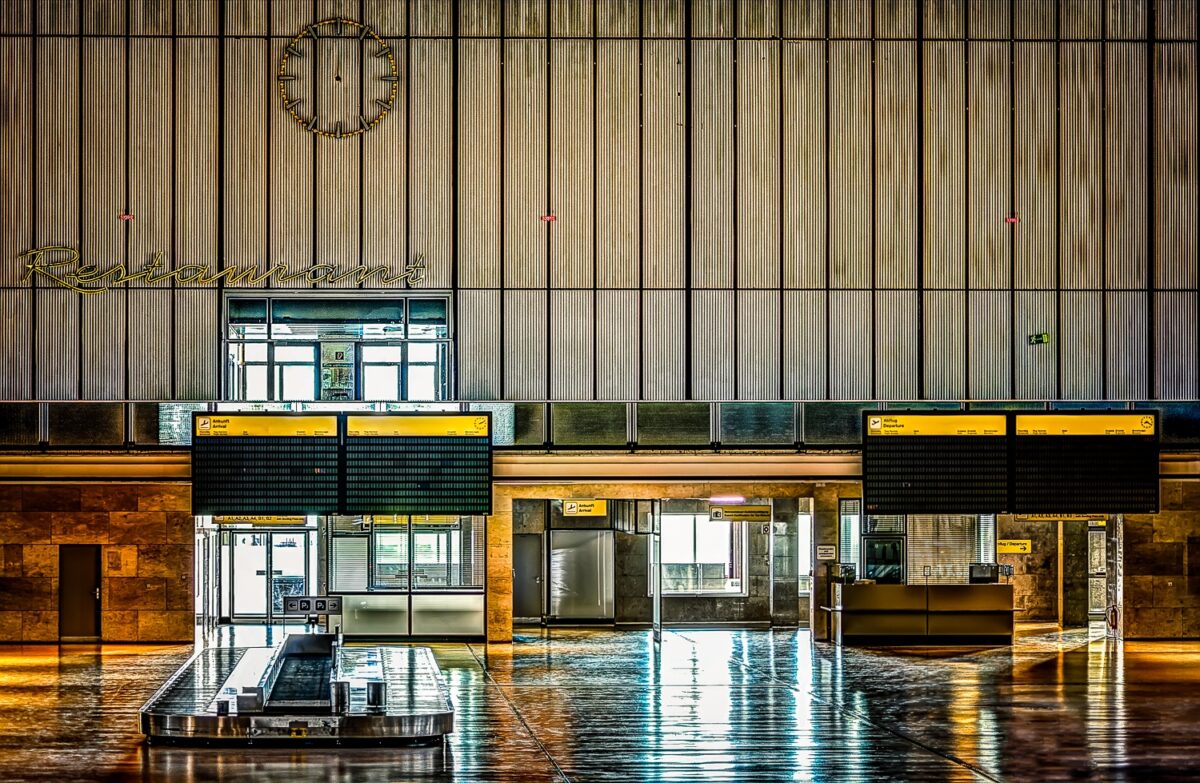 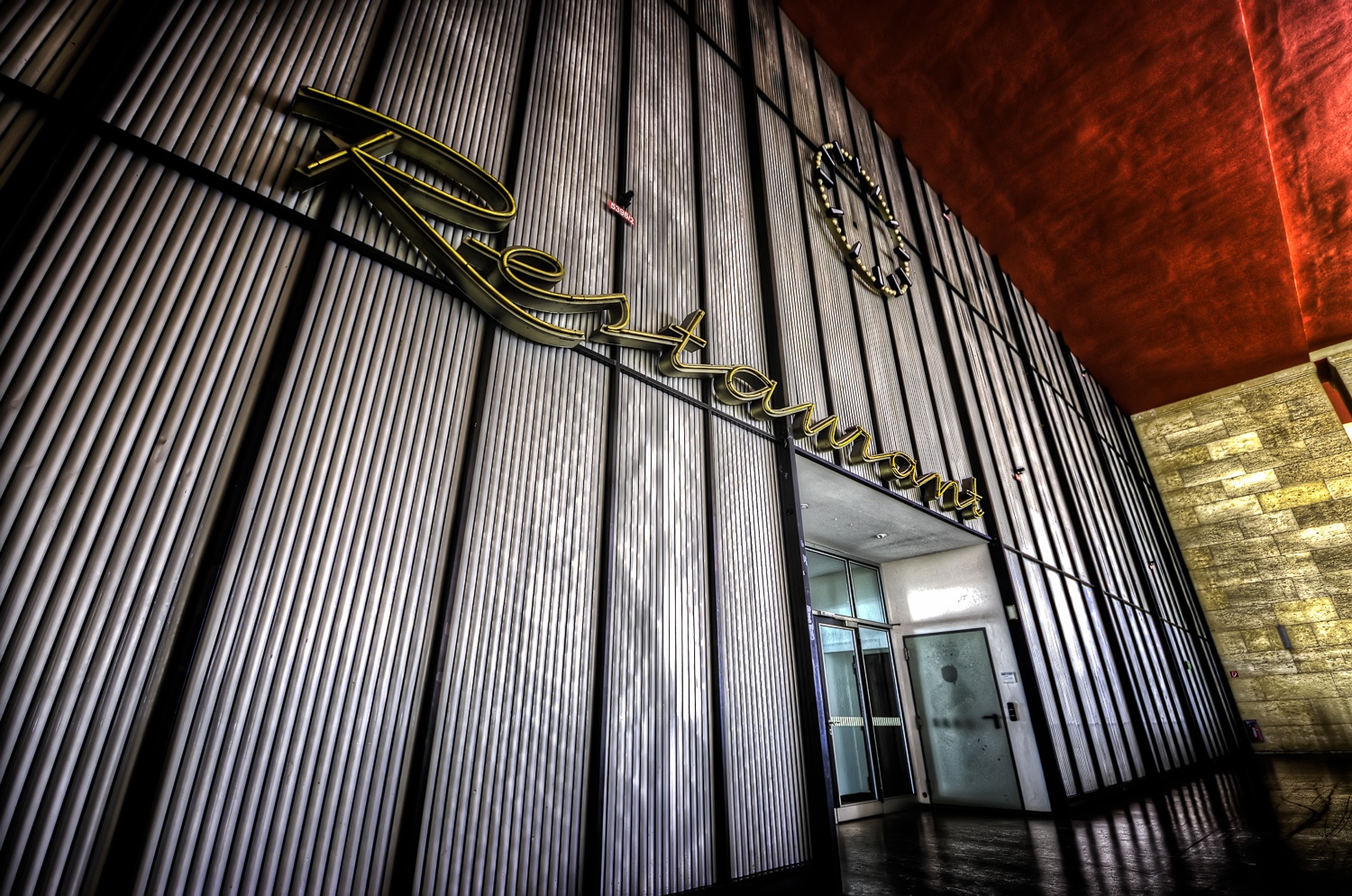 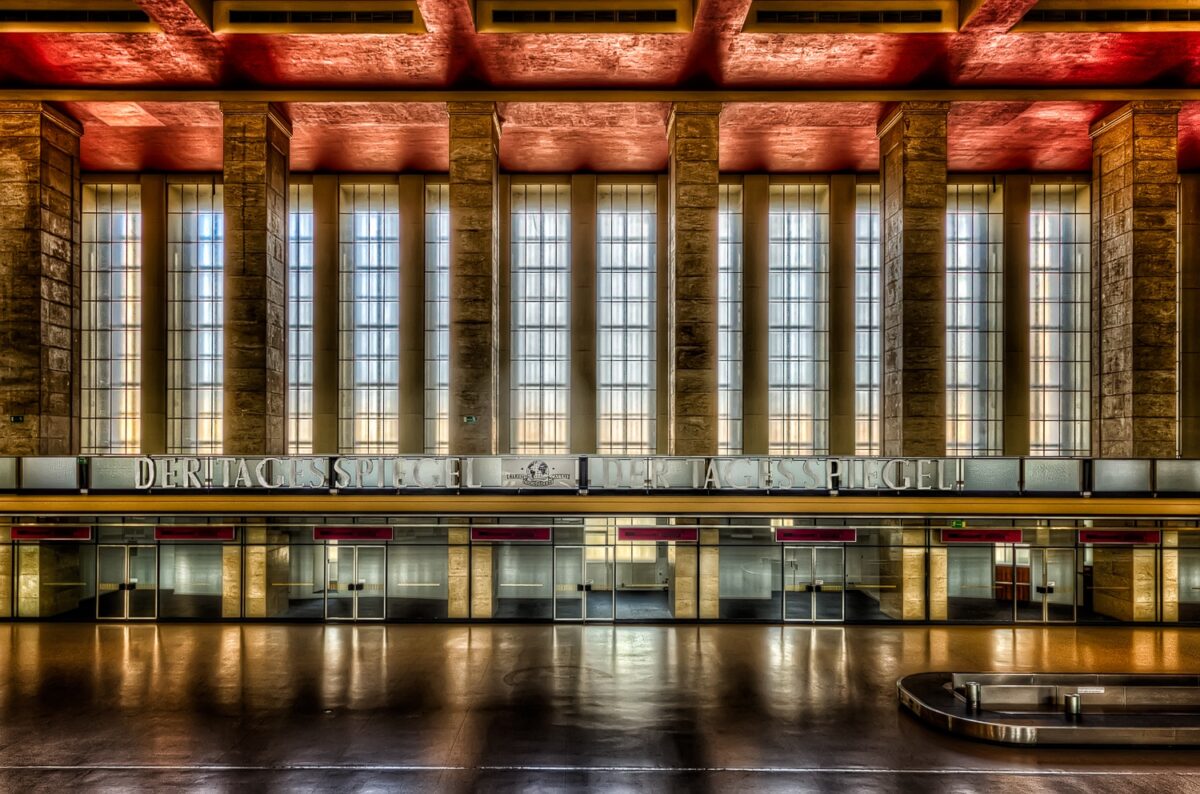 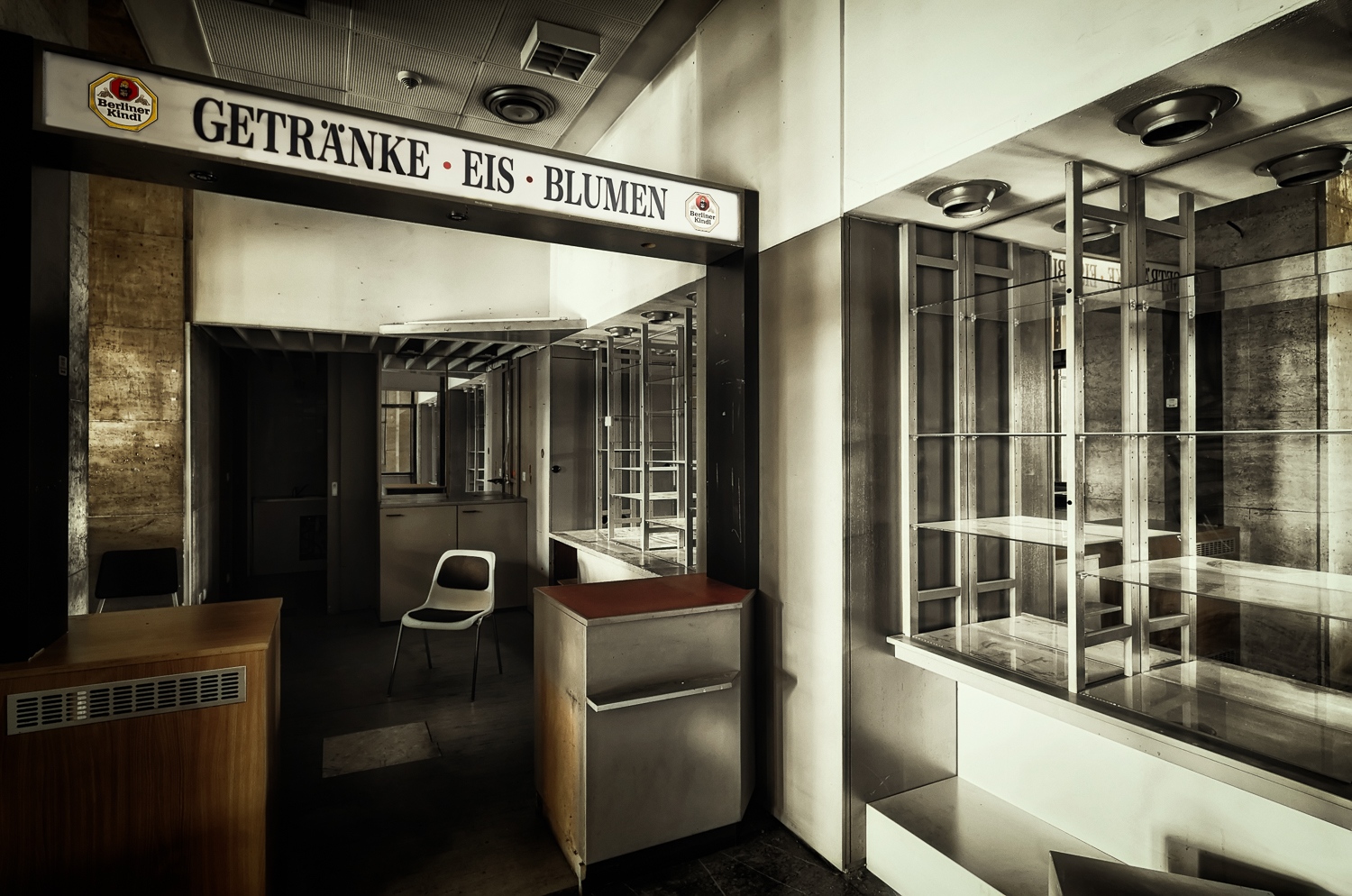 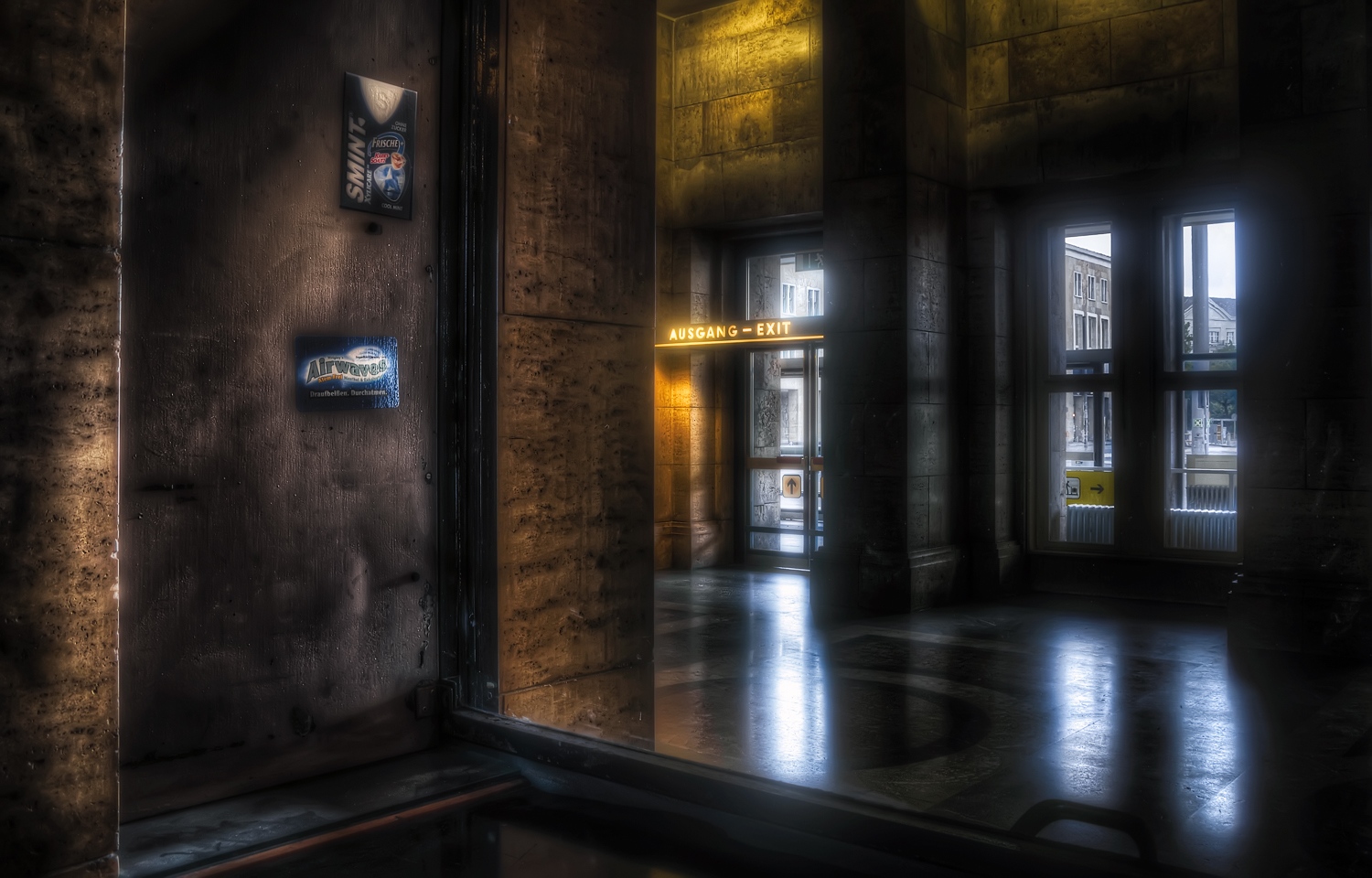 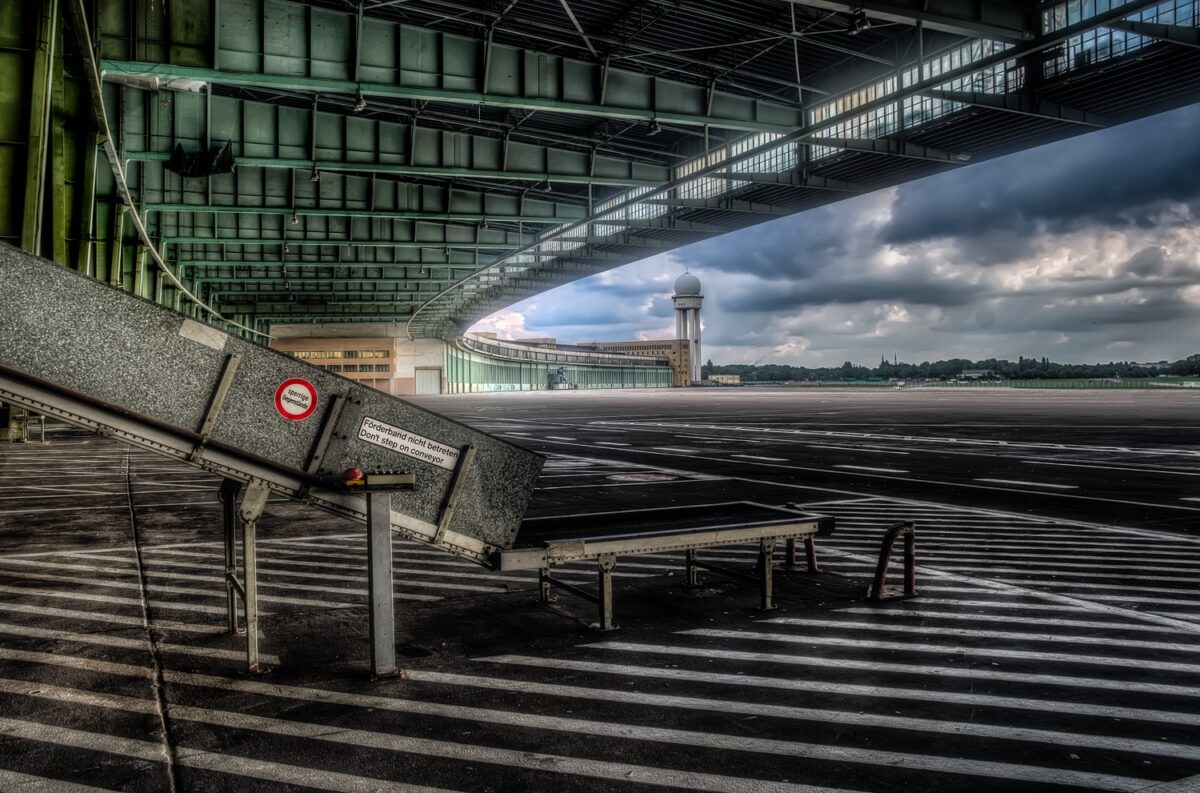 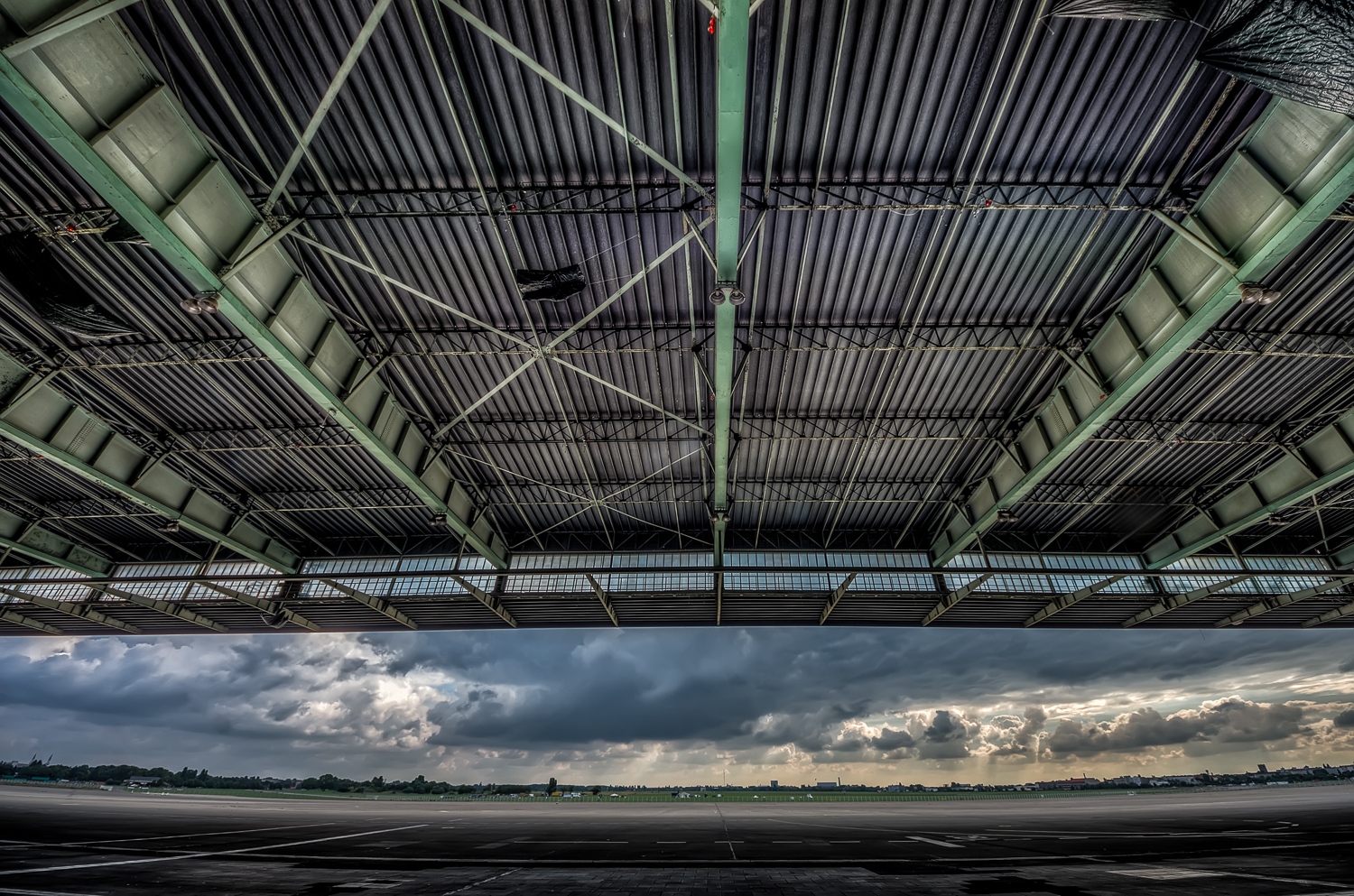 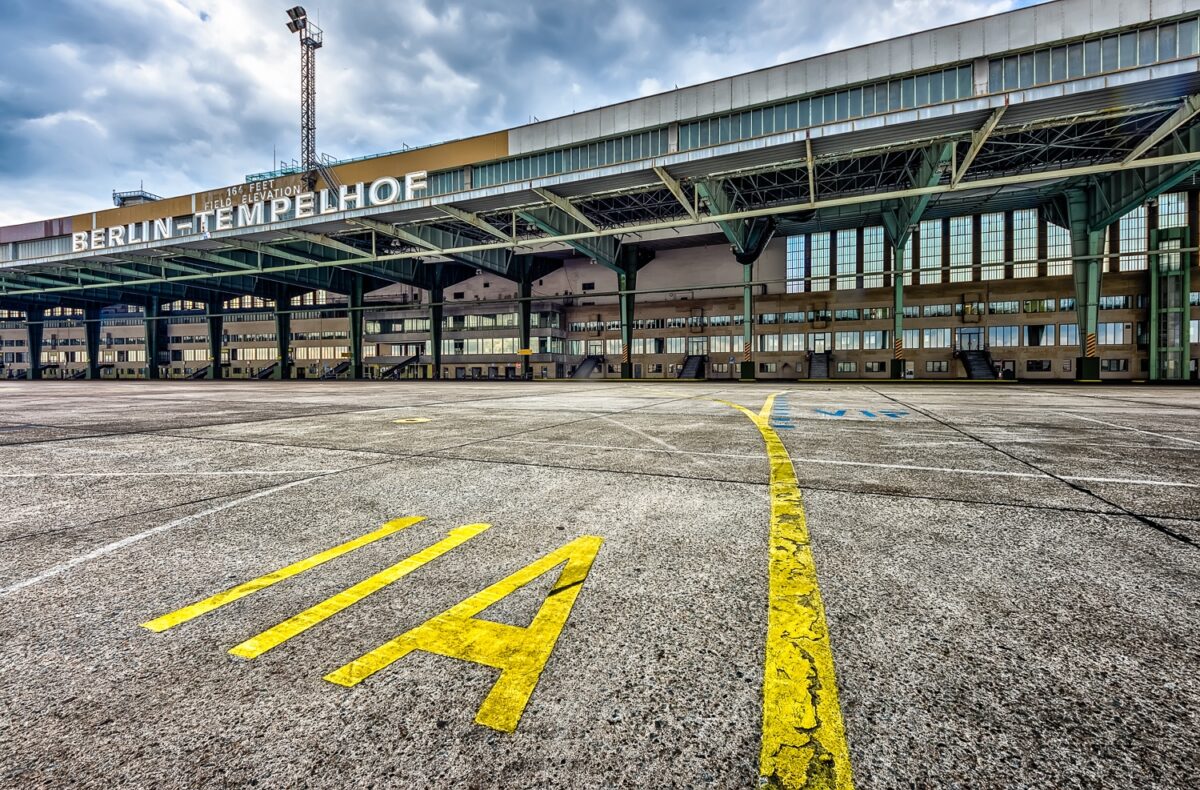 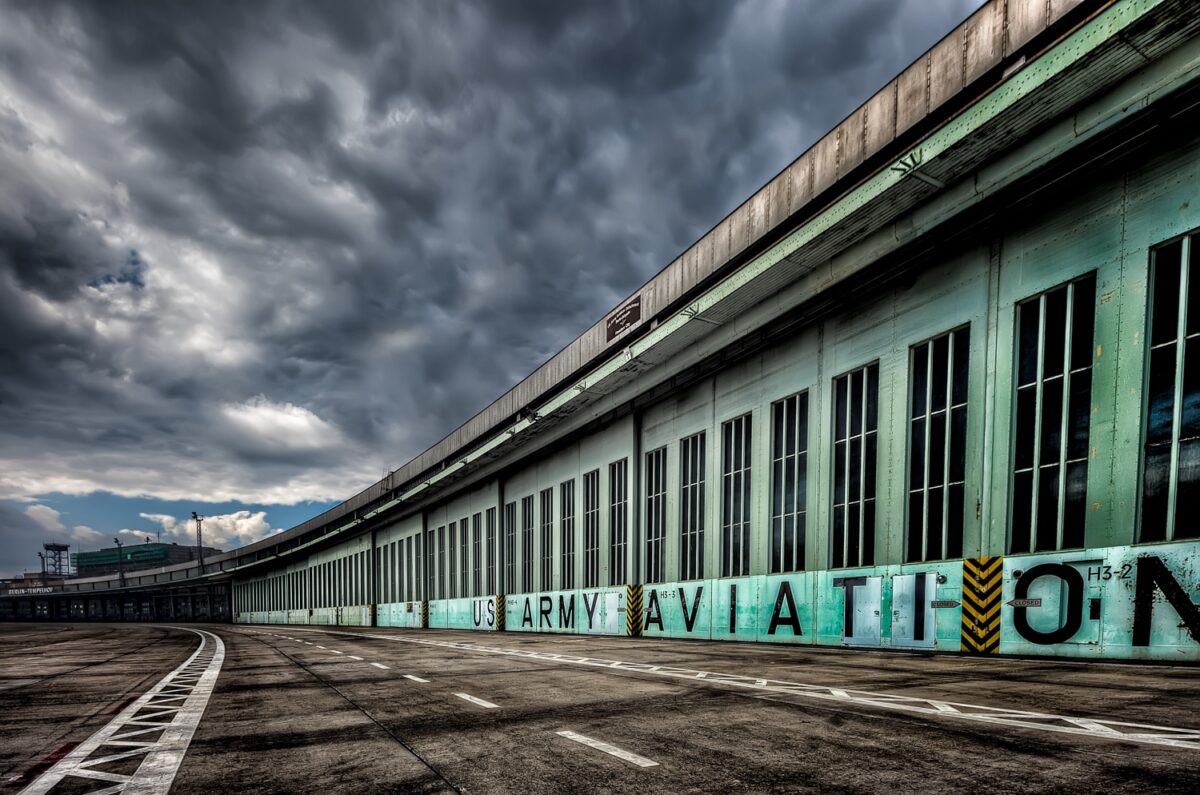 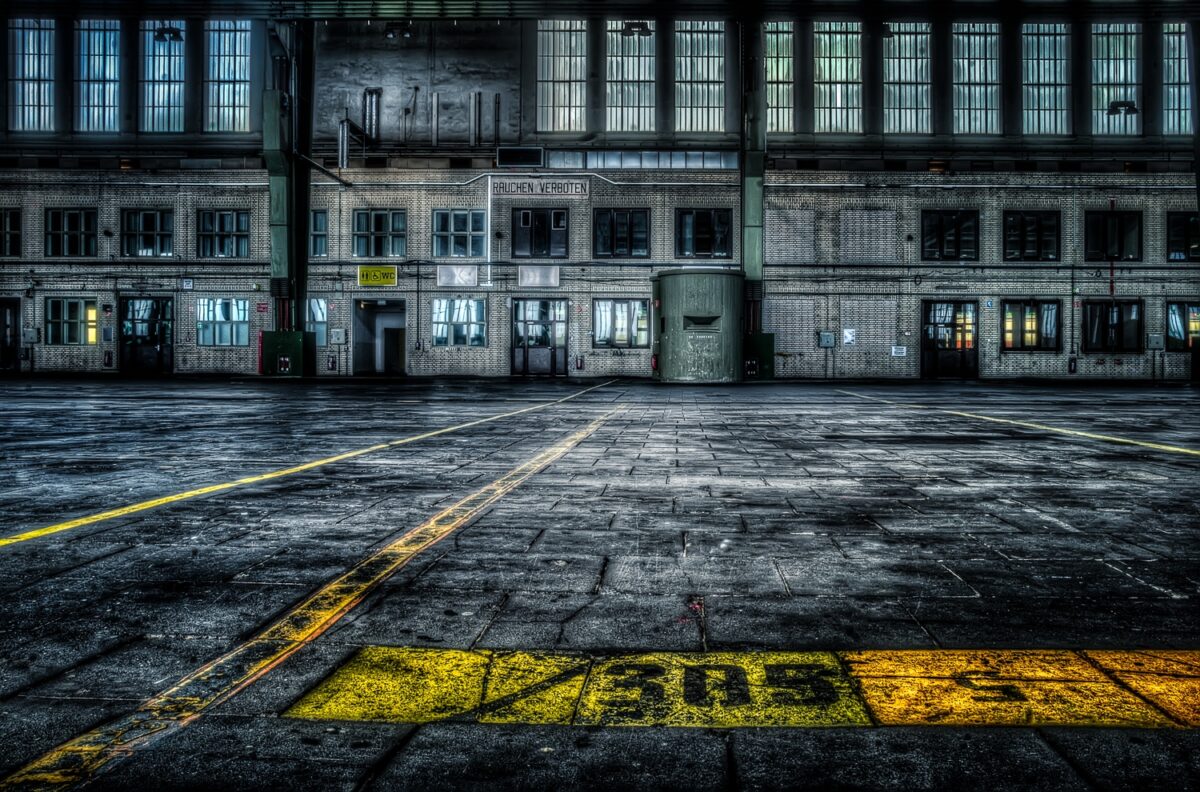 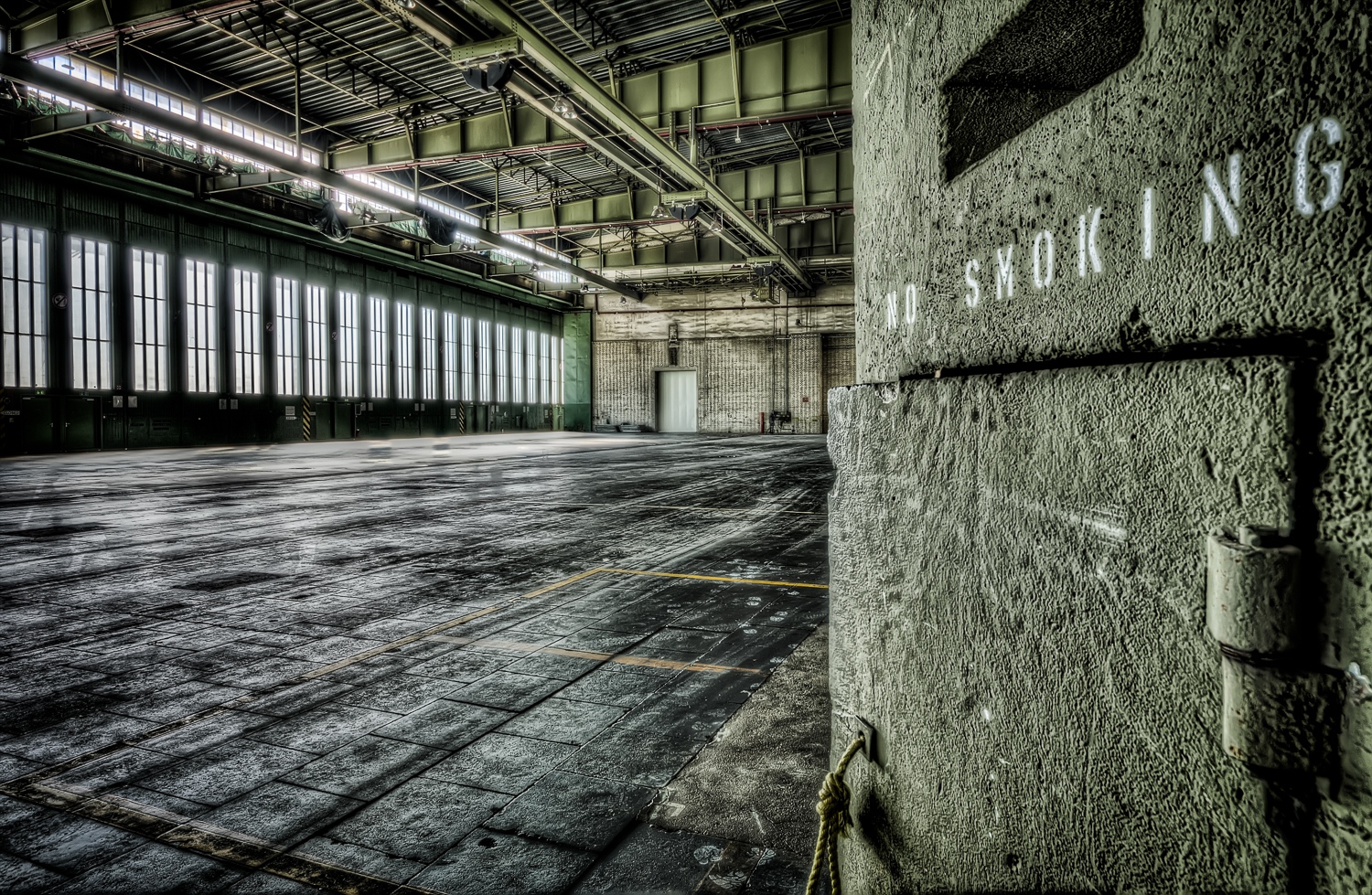 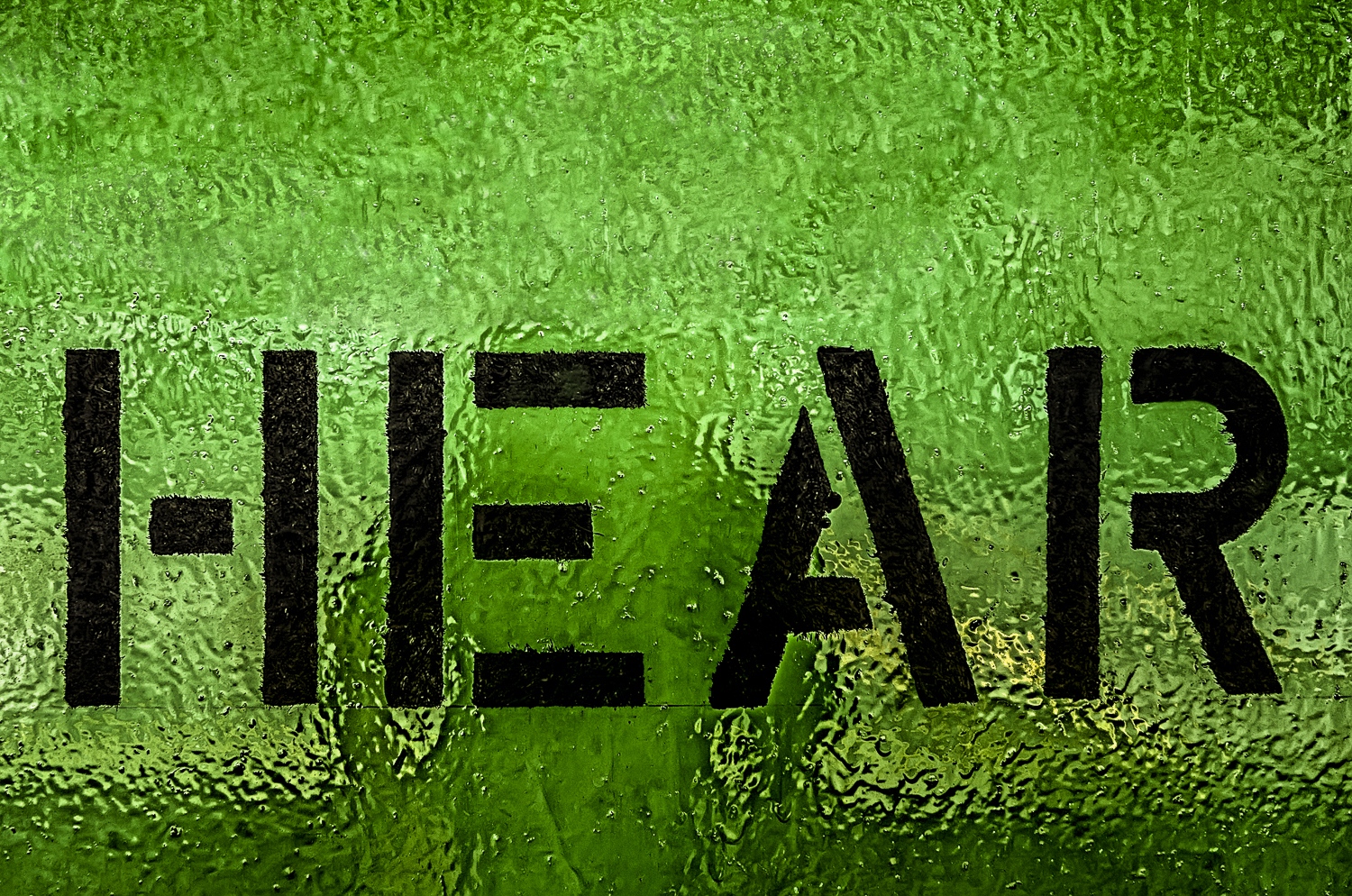 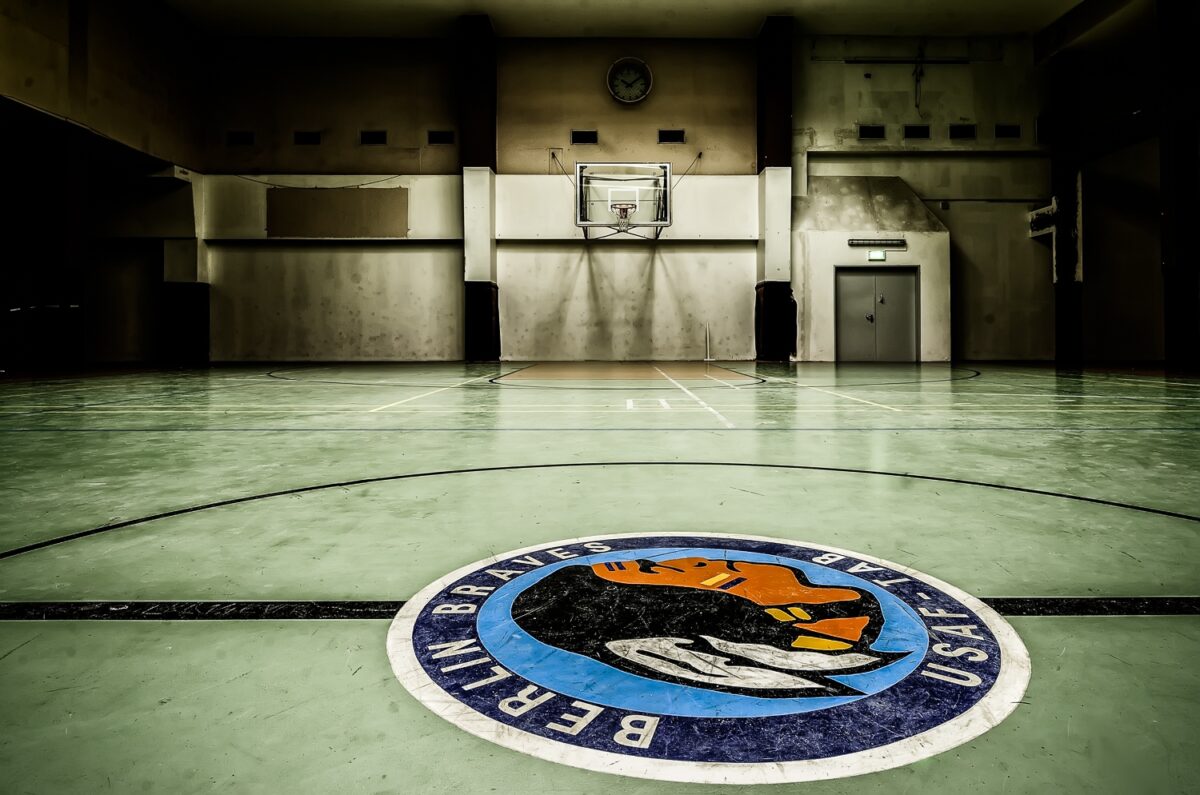 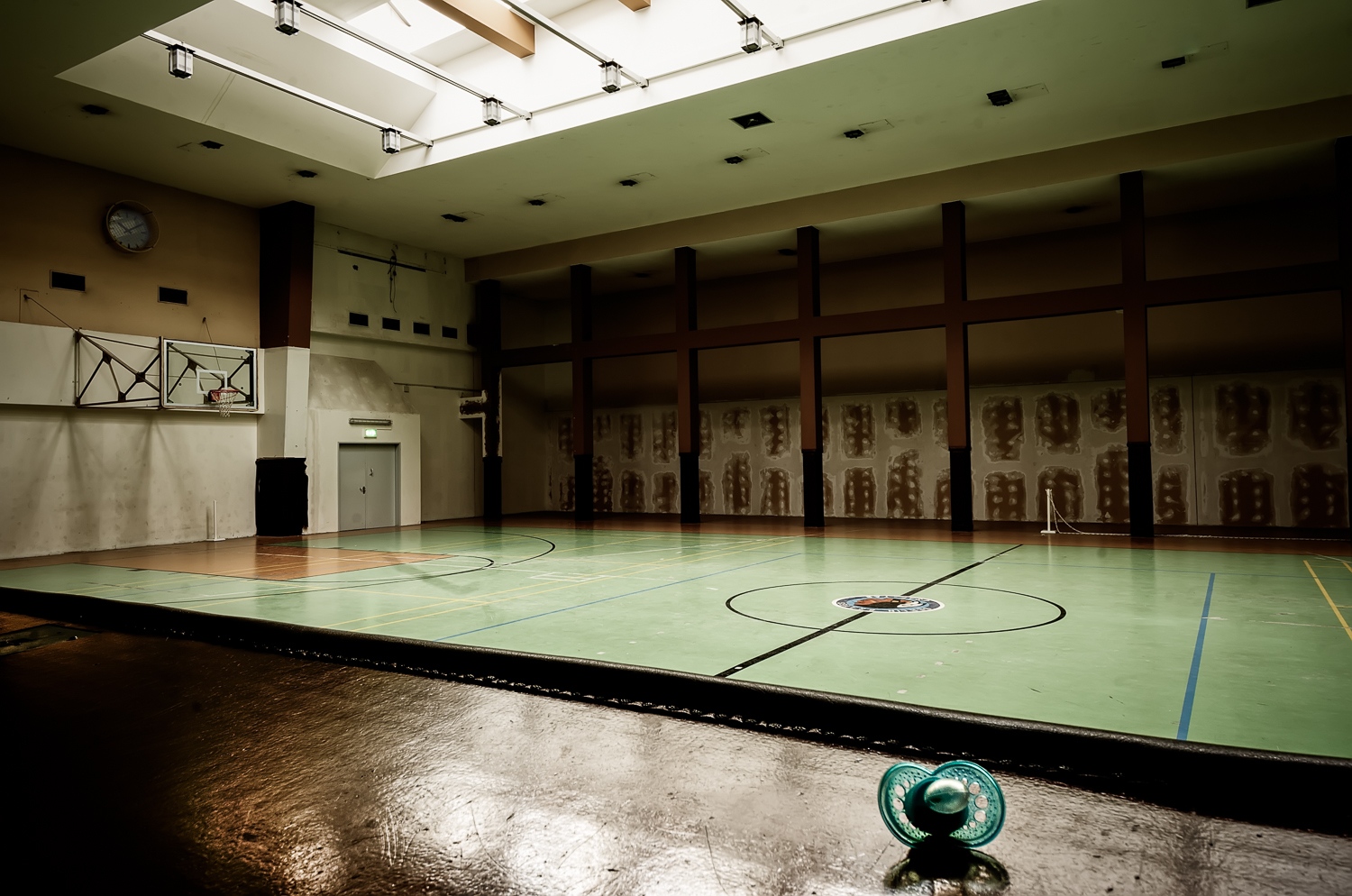 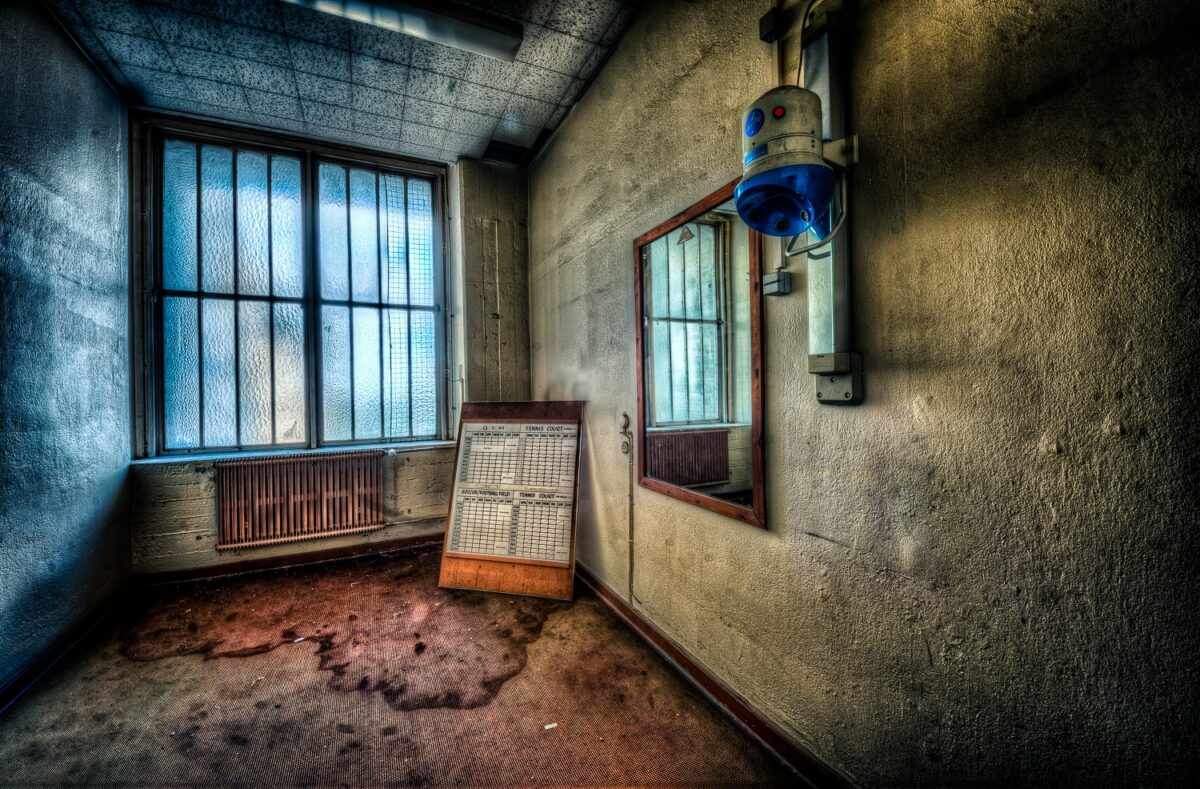 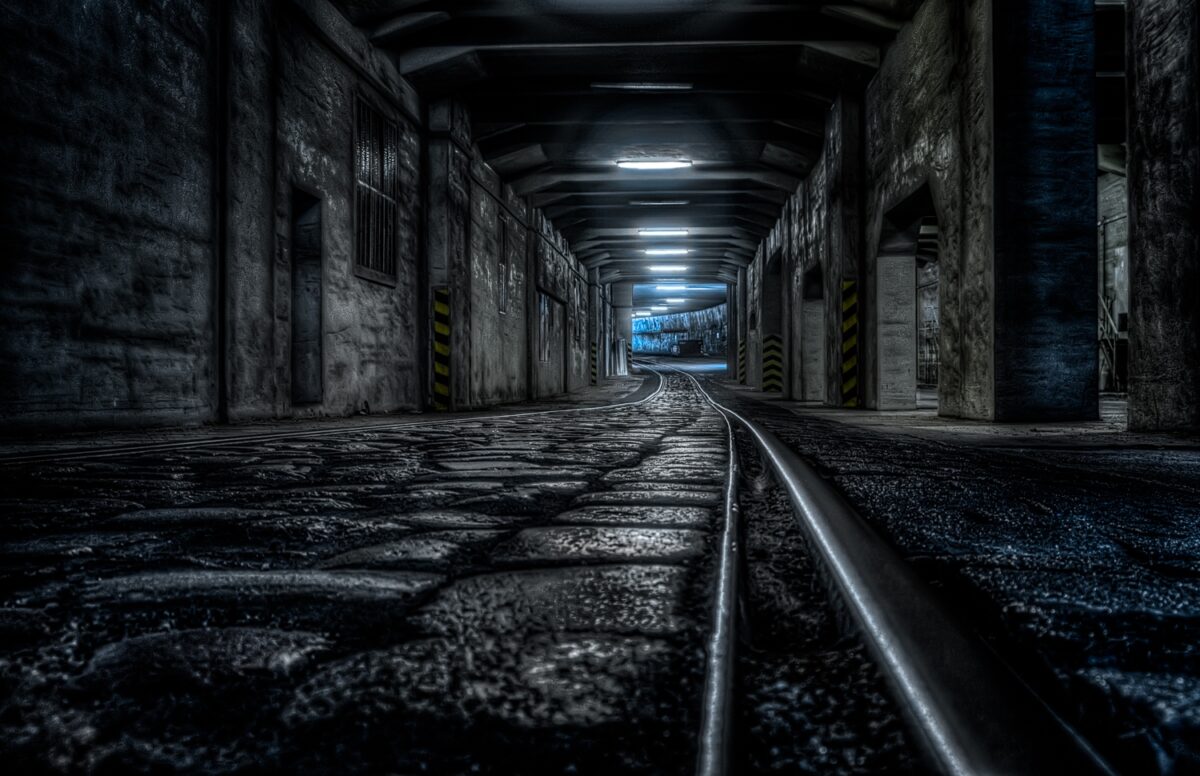 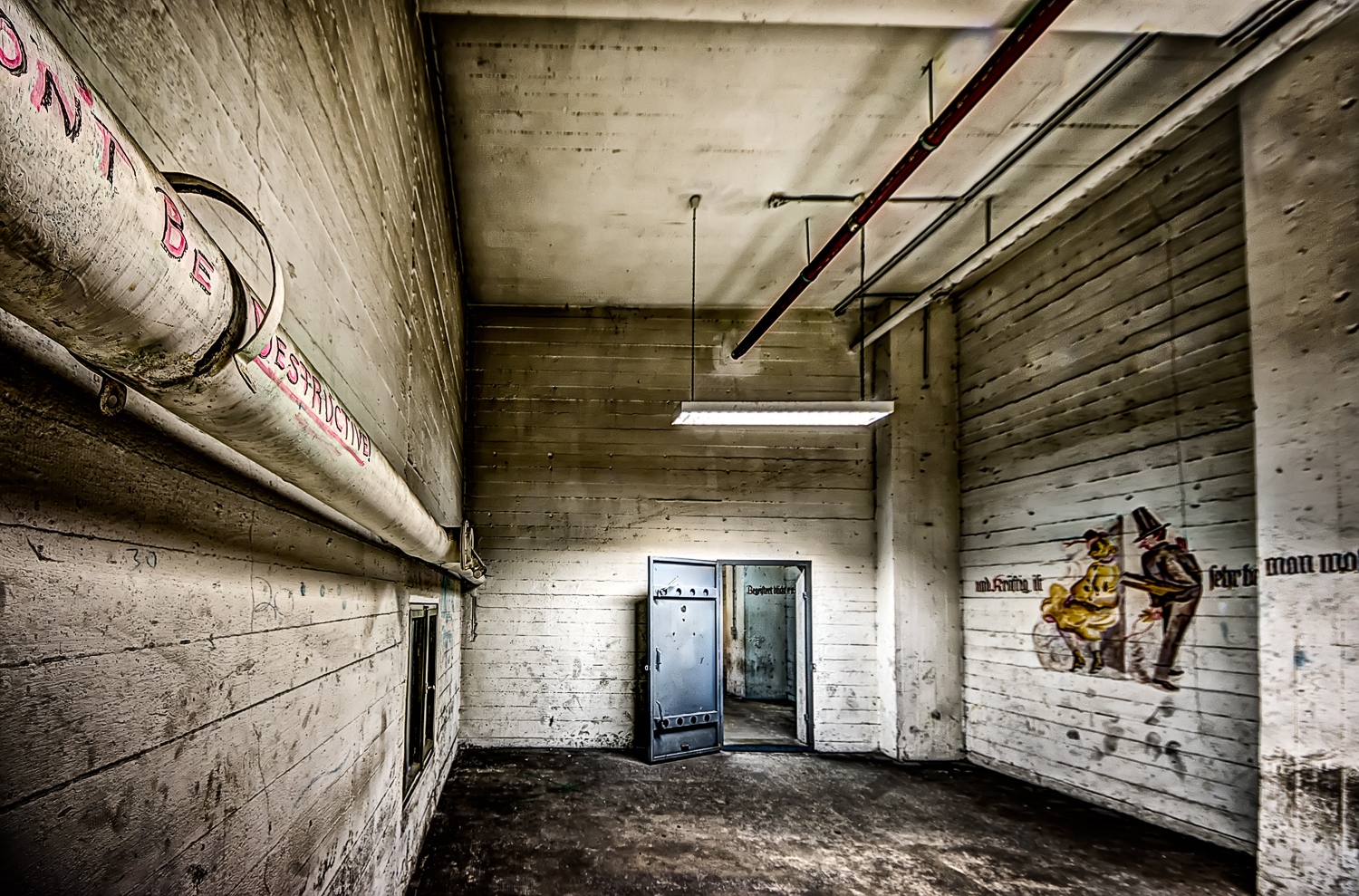 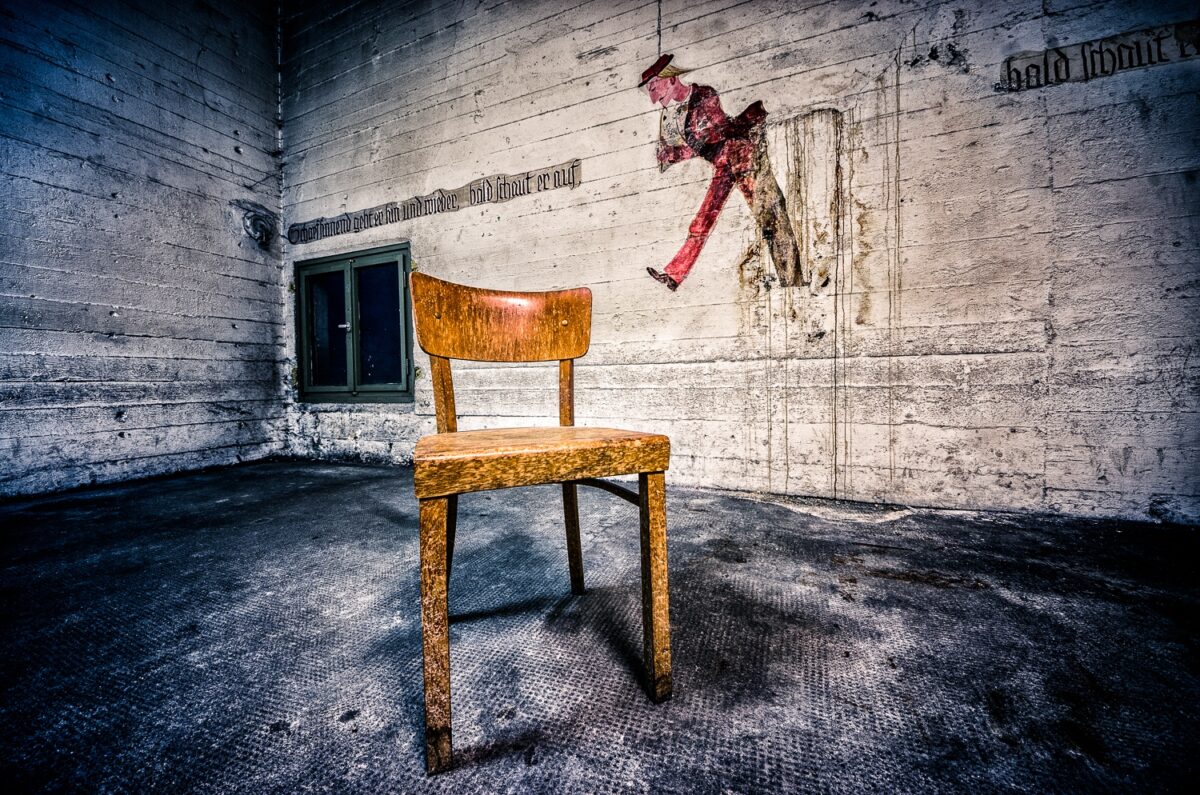 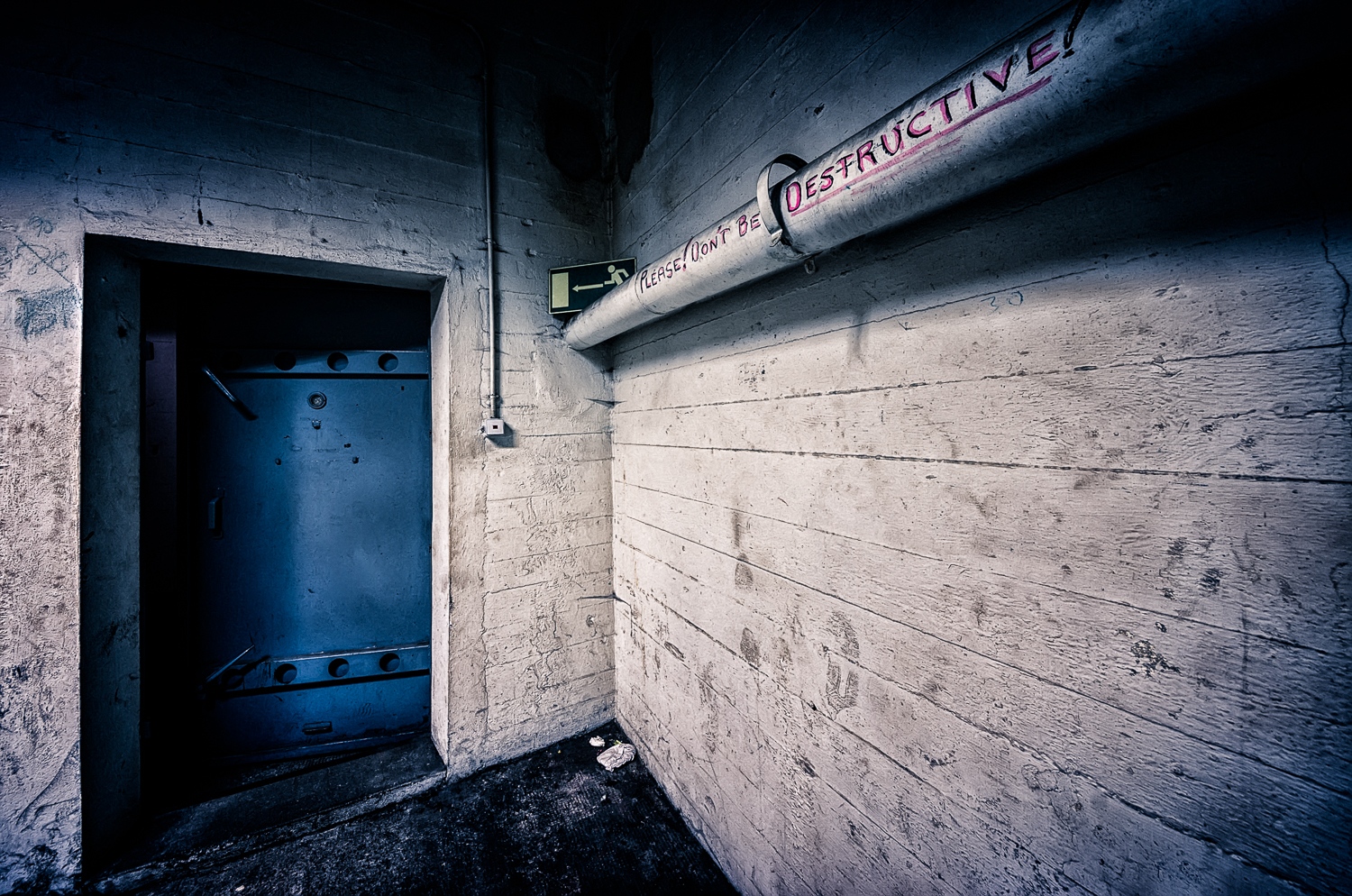 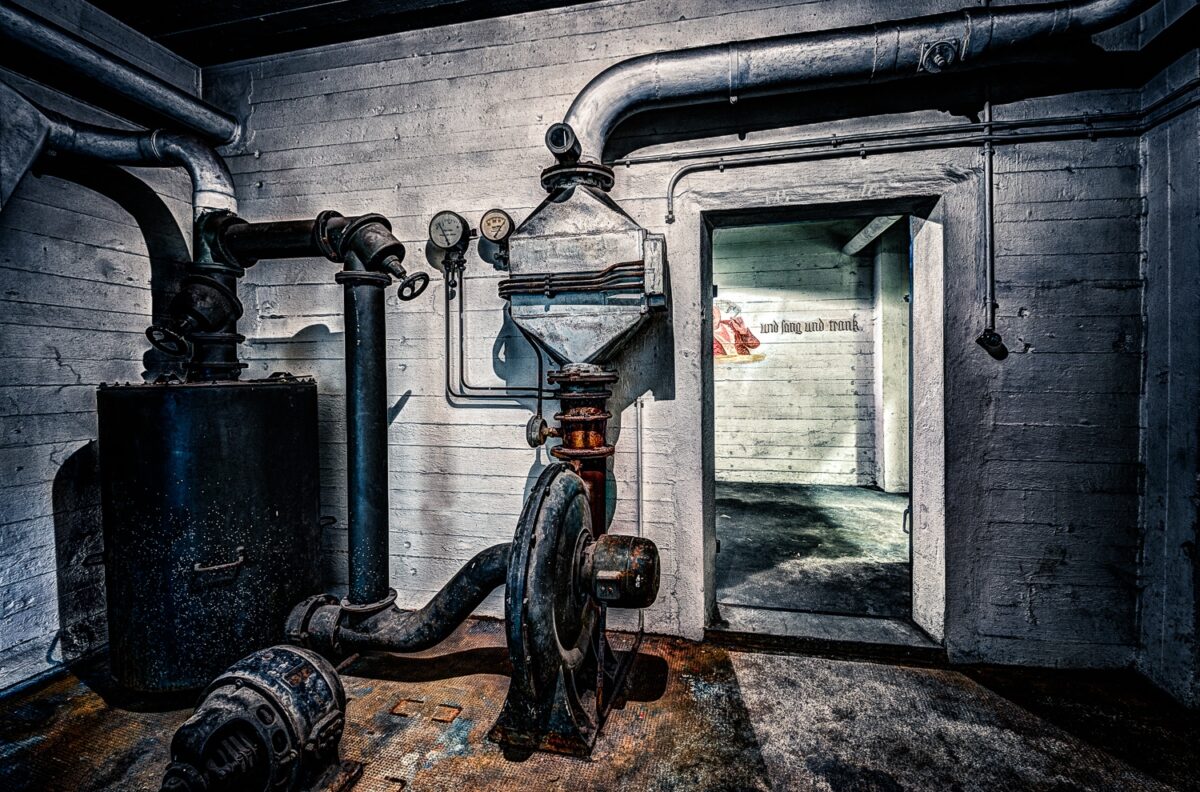 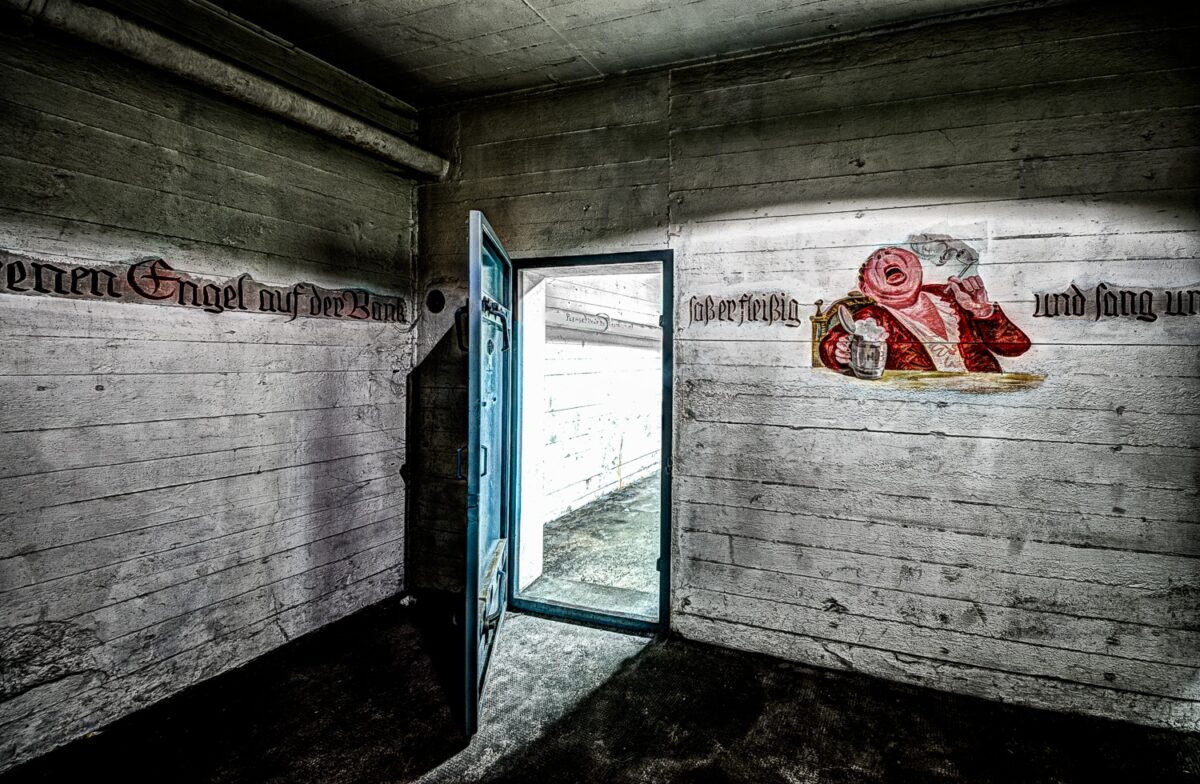 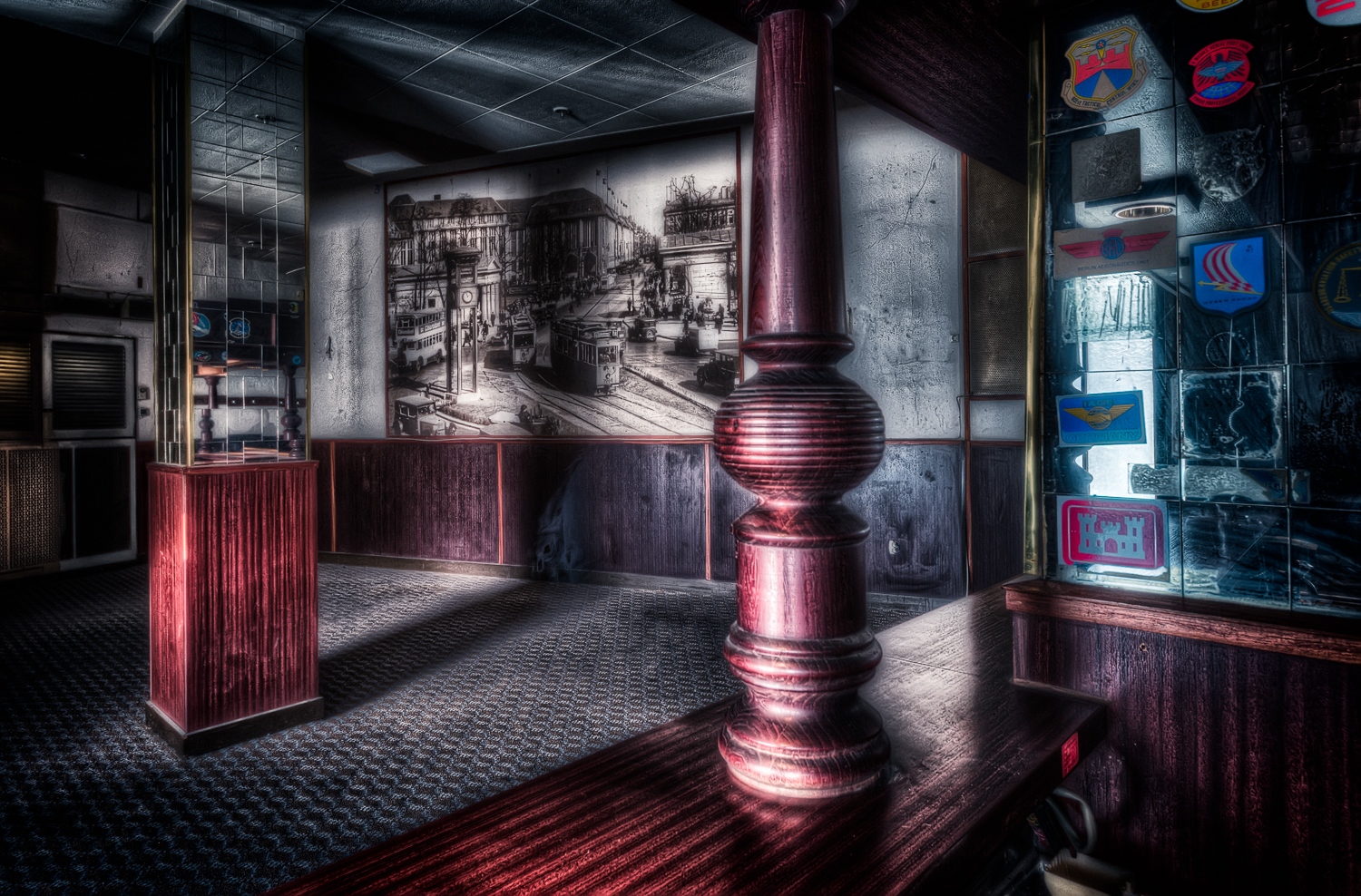 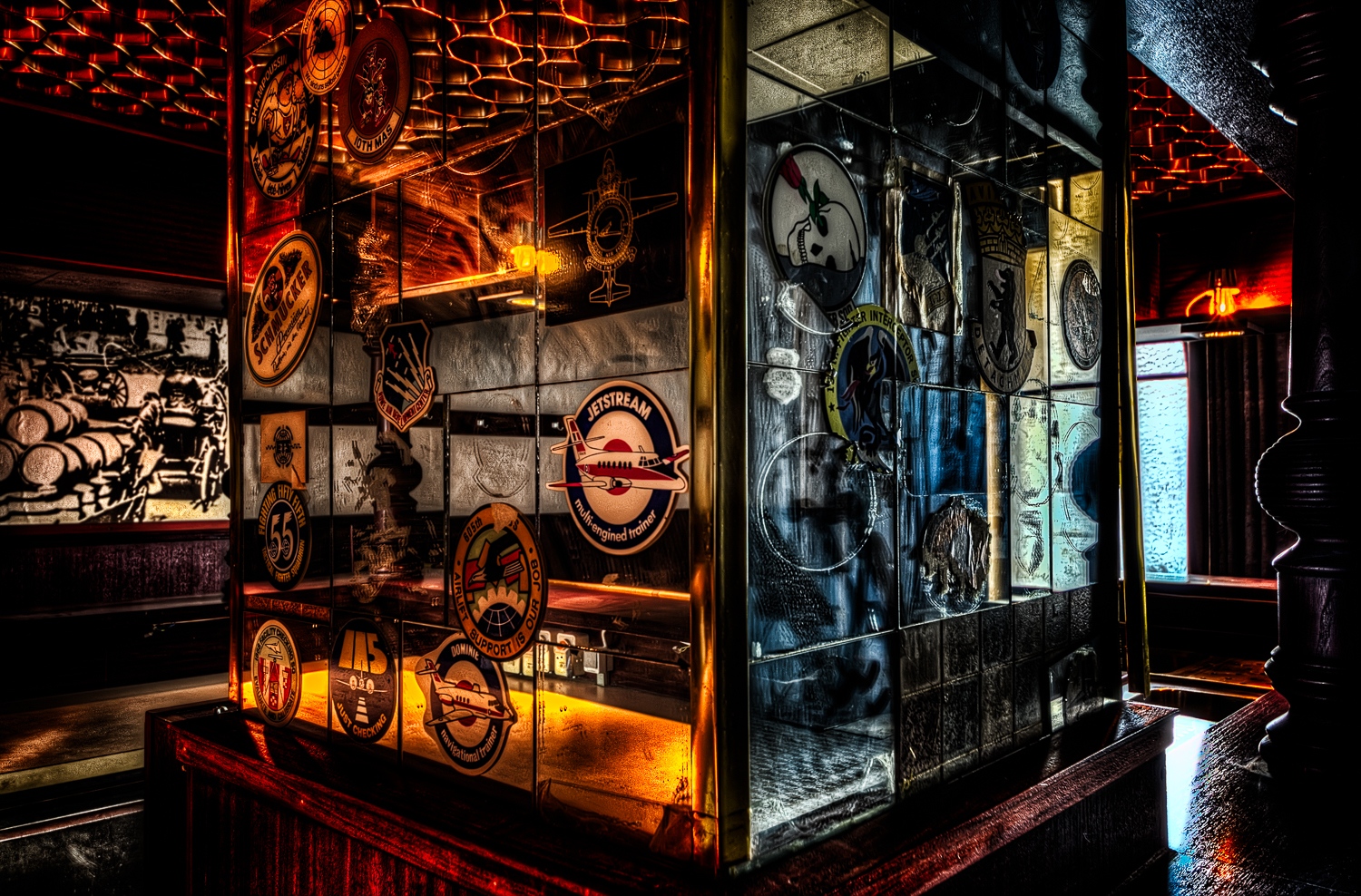 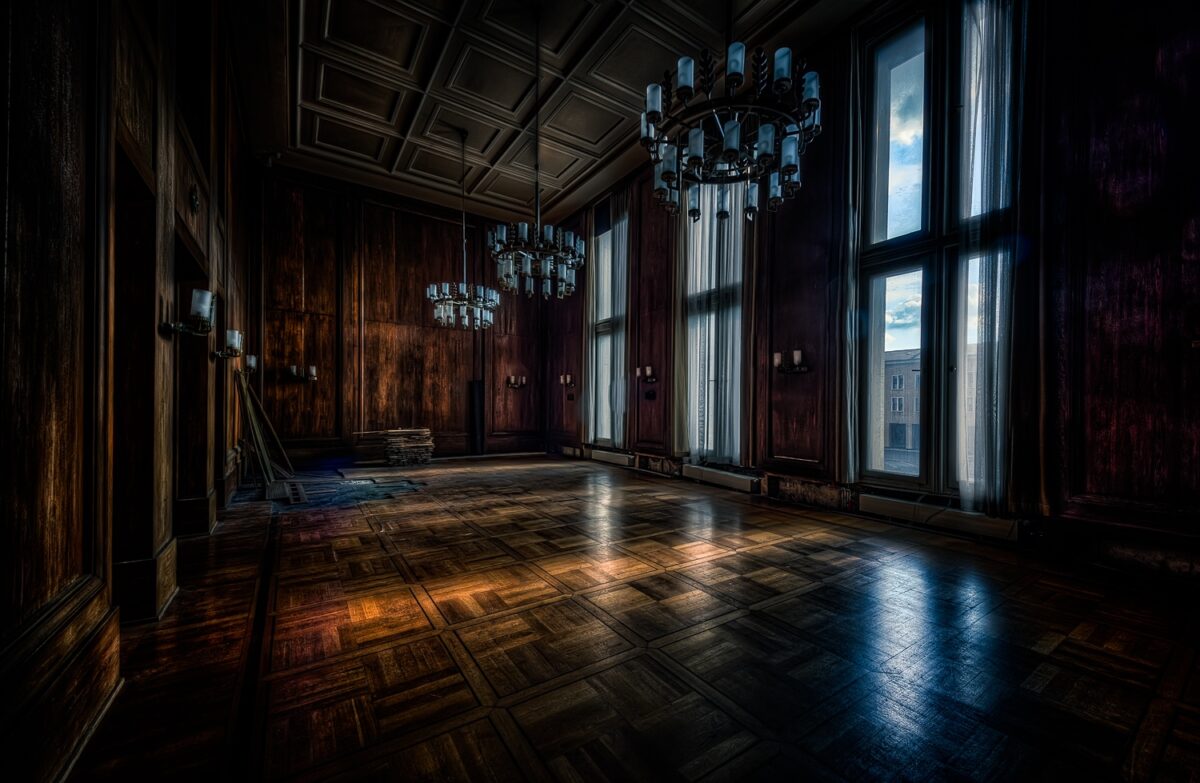 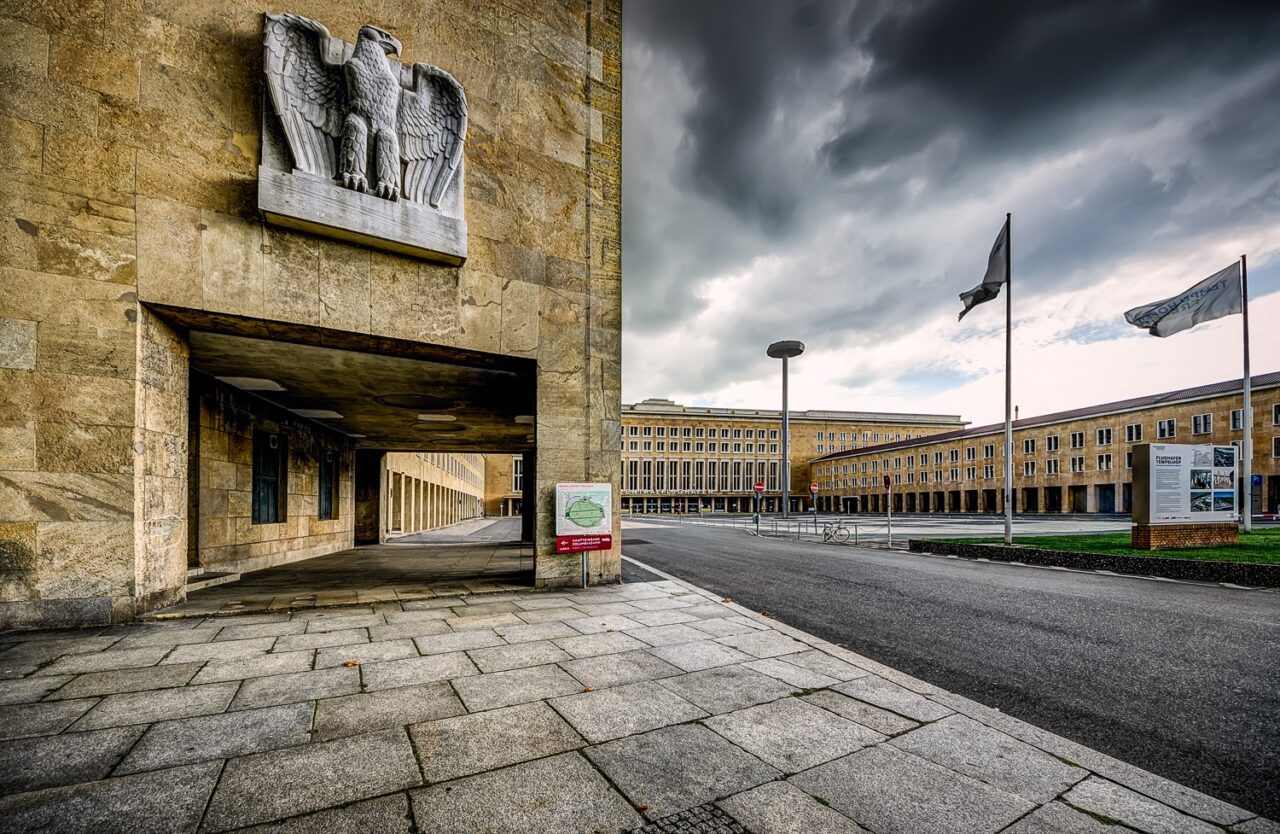 5 thoughts on “The Beginner’s Guide to Berlin Tempelhof Airport”