Second part of my journey onboard the Bernina Exoress, a lovely red train, popular with tourists, that crosses the Alps and connects Switzerland with Italy. See the first part here

From Ospizio Bernina Station we got the next train in our direction and continued our trip: the railway negotiates a difference in height of about 1800 metres from the summit at Ospizio Bernina to Tirano. And it does it in a beautiful way, through hairpin turns, tunnels and bridges. And there are also wonderful alpine sights!…Well, someone says…

But anyway, by descending along our route on the southern side of the Alps, eventually to weather start to be better: no more snow and a slightly better visibility.

We had a long stop at the Cadera station, that’s where a double track allows trains coming from different directions to cross their ways. We were waiting for the train coming from Italy.

Eventually it came and the conductor was free to whistle and let our train roll again.

It was just after a big bend that through a hole in the fog we were finally granted with our first panoramic sight: lake Poschiavo and the valley under a stormy sky, with a blanket of fog covering the lake’s surface.

The train was slowly leaving the realm of nature and rocks, and rolling again into the inhabited world. But it’s a small small world out there and there isn’t much space for railway, roads, houses and the lake all together, so the train has to find its way through scenic spiral viaducts and often shares its way with a footpath or a driveway.

There is no separation, just a shared use of the land while the train slowly crosses the Switzerland-Italy border and approaches its final destination, Tirano station, that’s again a shared station between the Swiss and the Italian railways.

It was almost dark when we finally arrived in Tirano. The sky was still completely grey but there was no snow anymore. The bad weather and lack of visibility was just behind us together with the memory of a beautiful train trip.

This is the second part of the journey.
The first part is here. 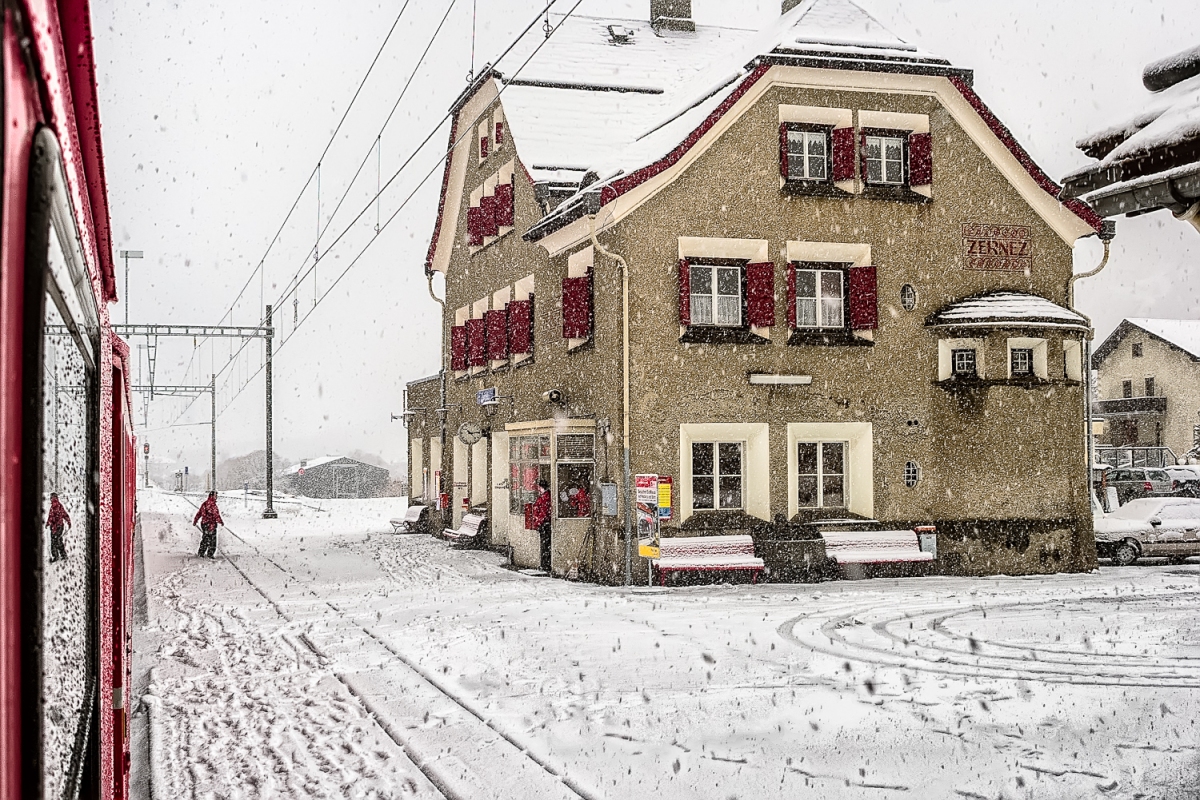 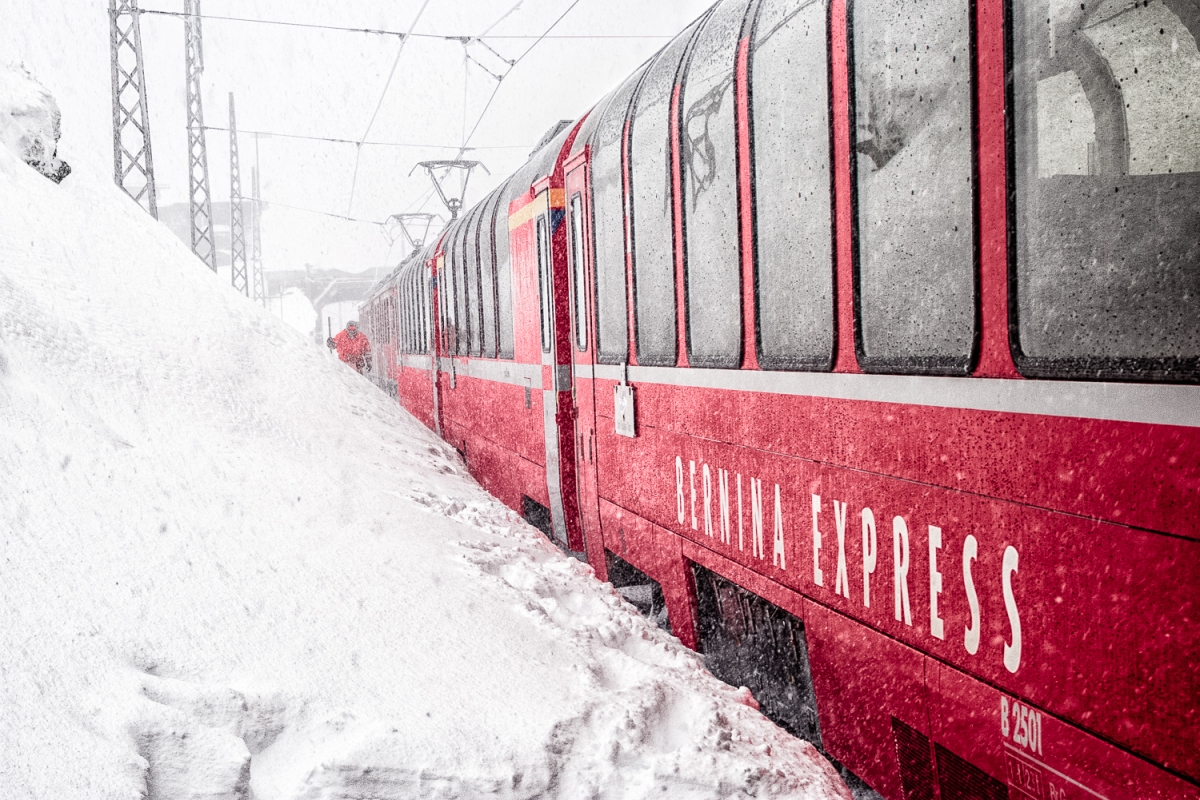 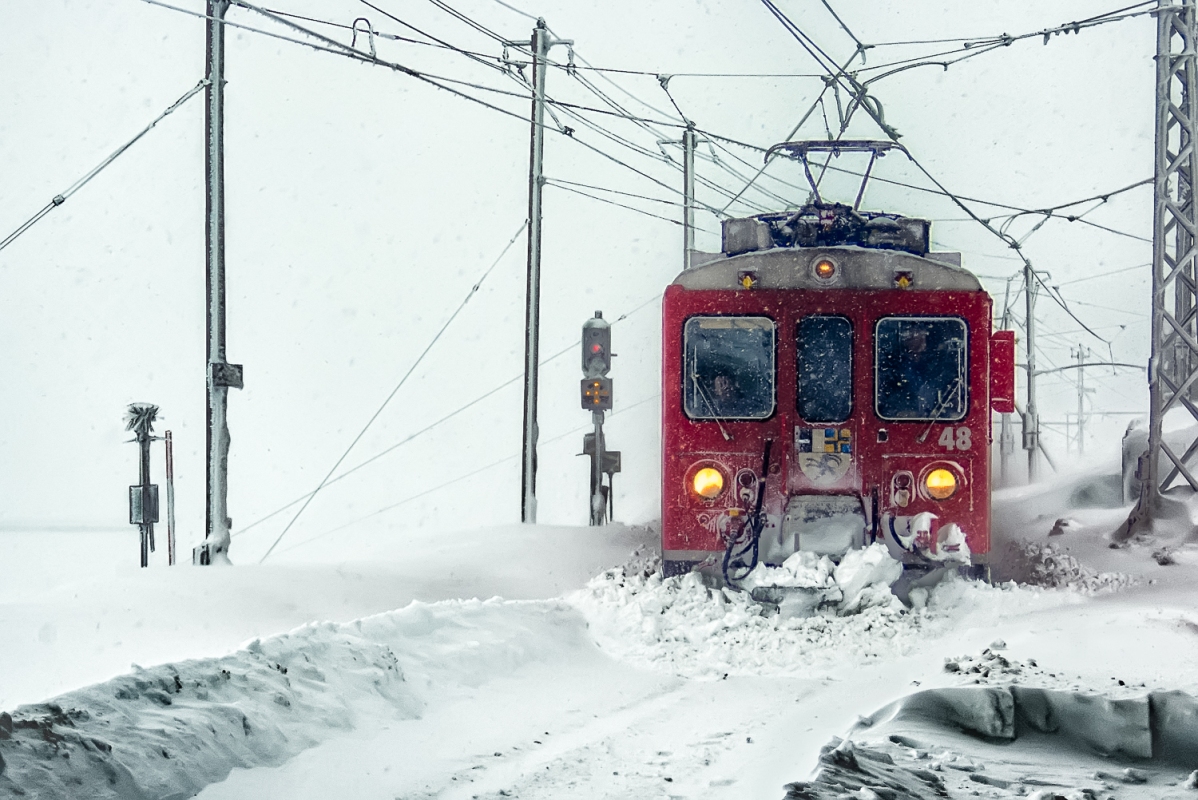 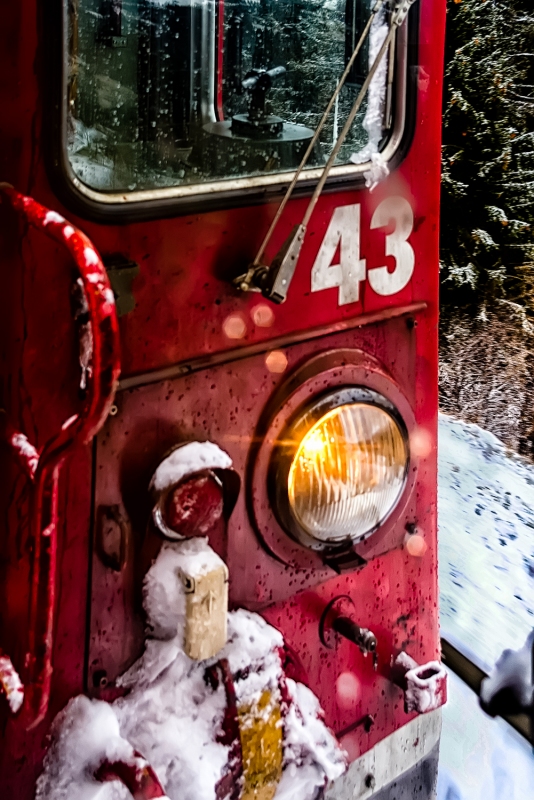 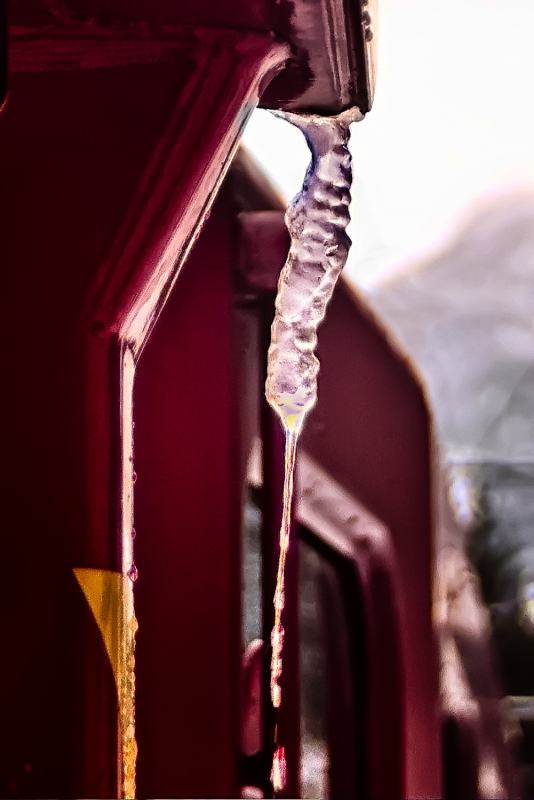 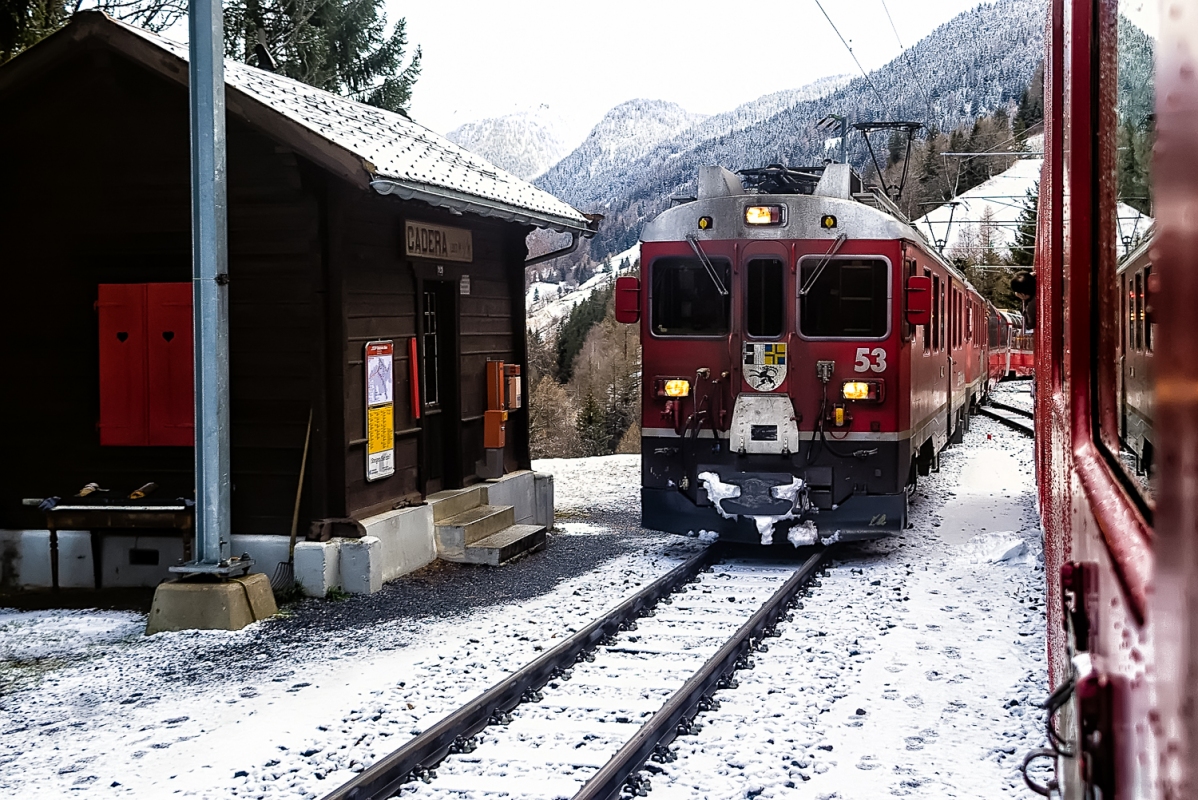 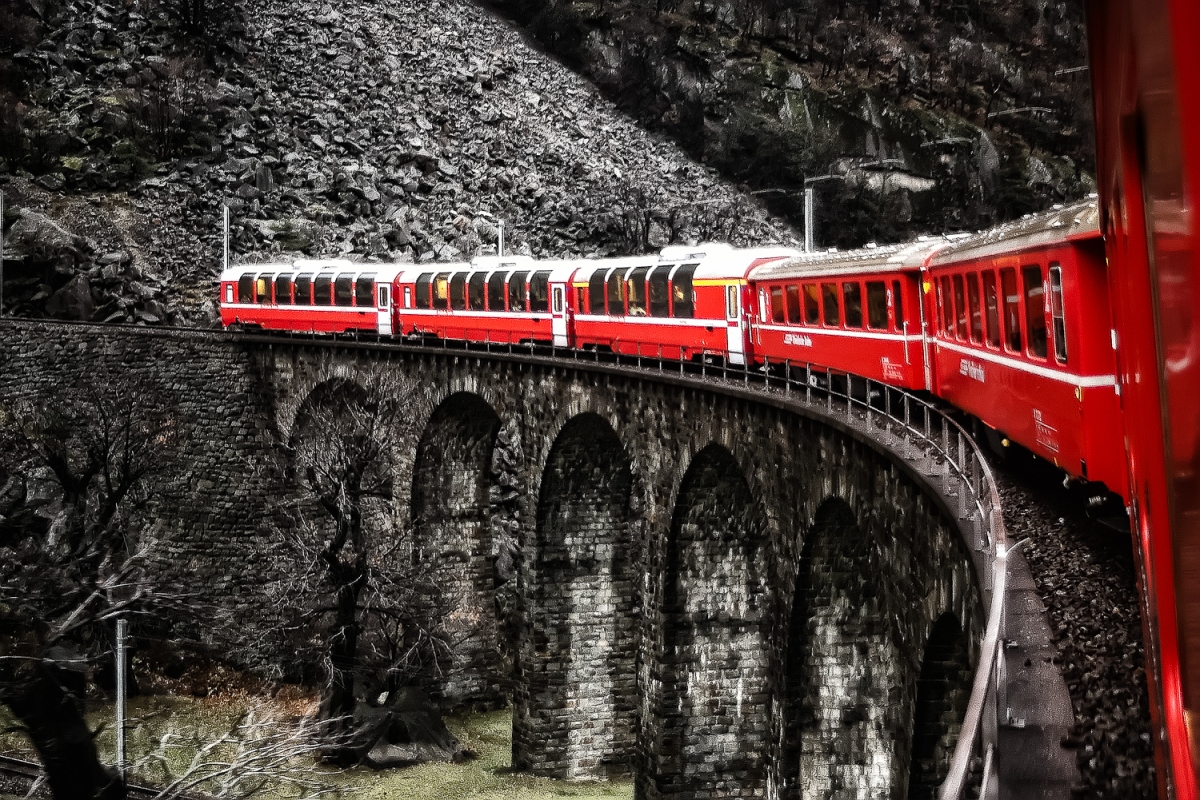 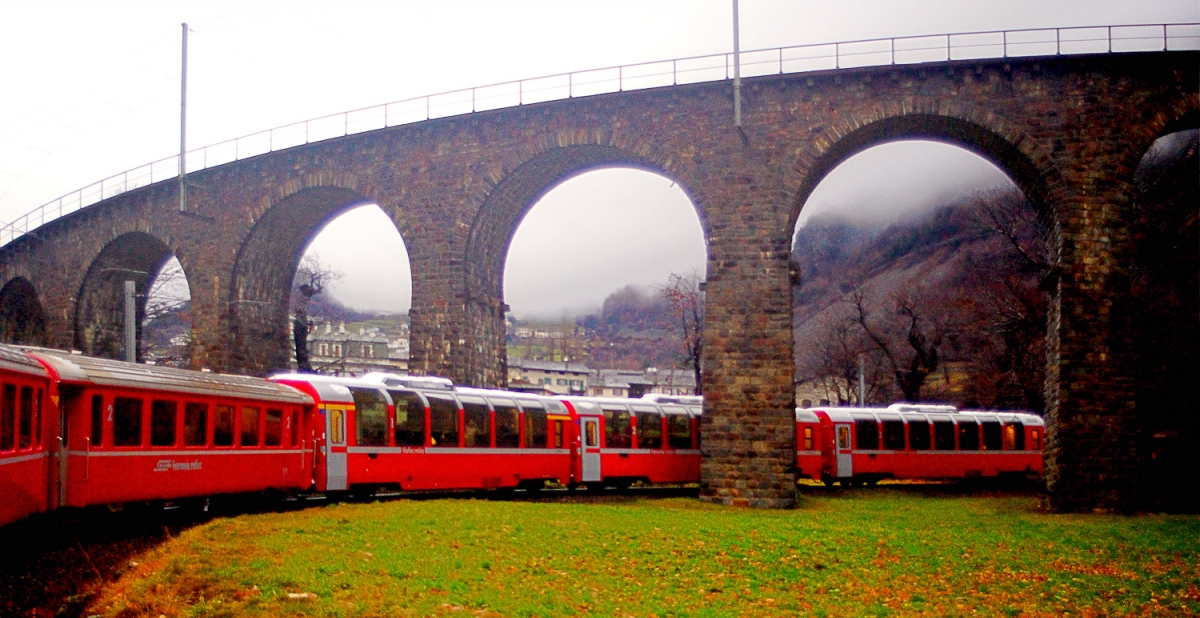 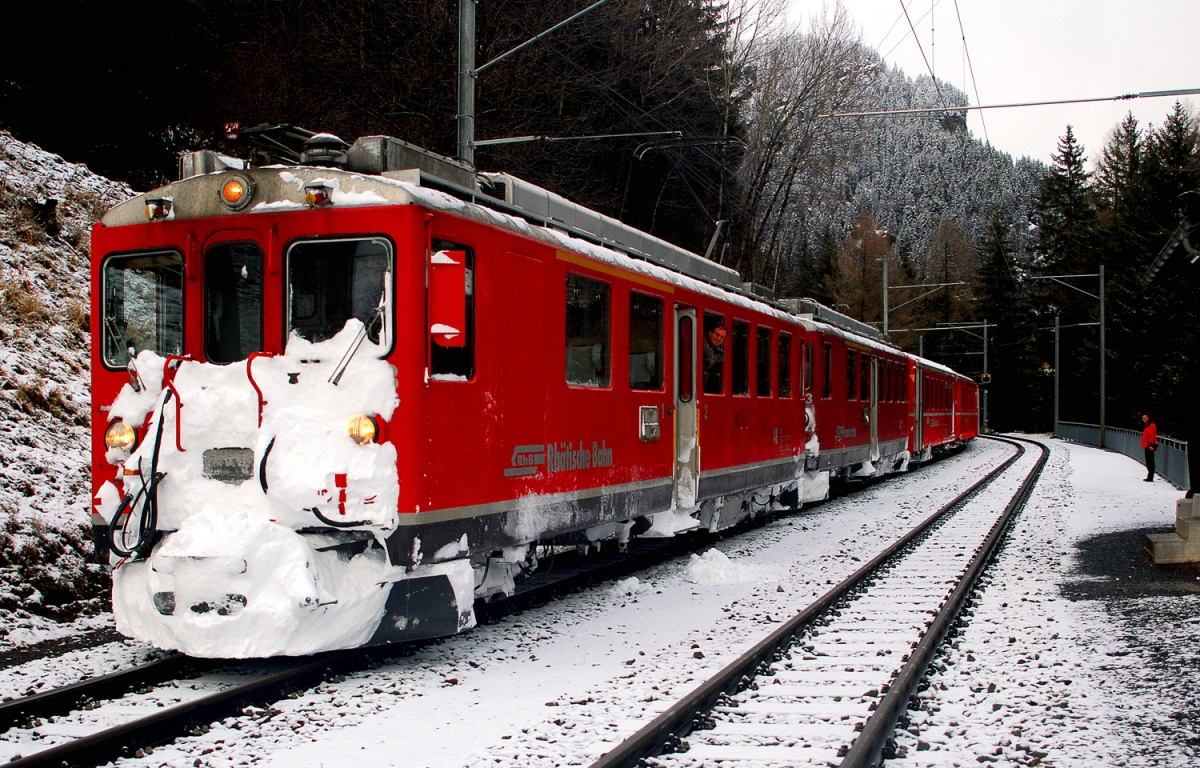 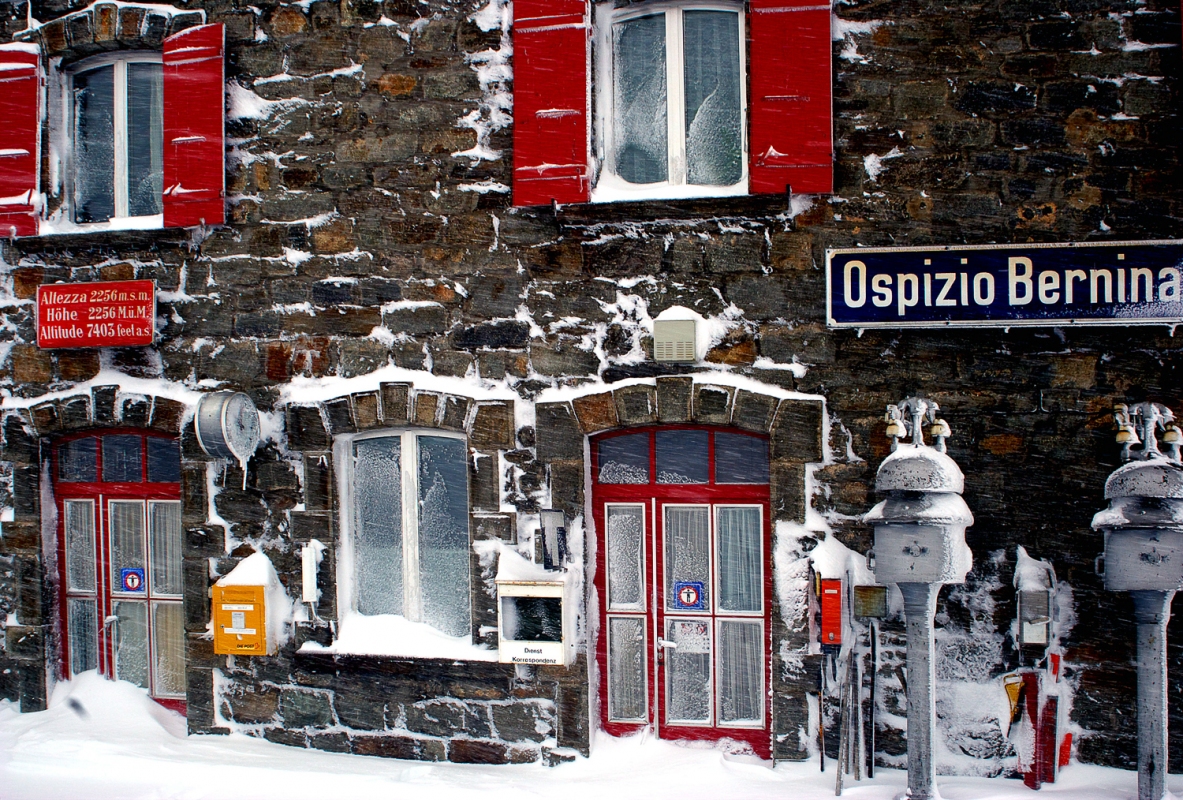 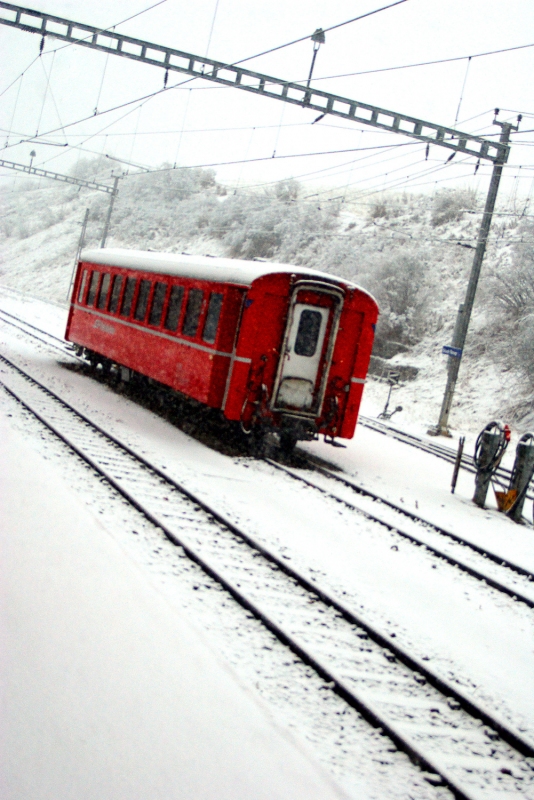 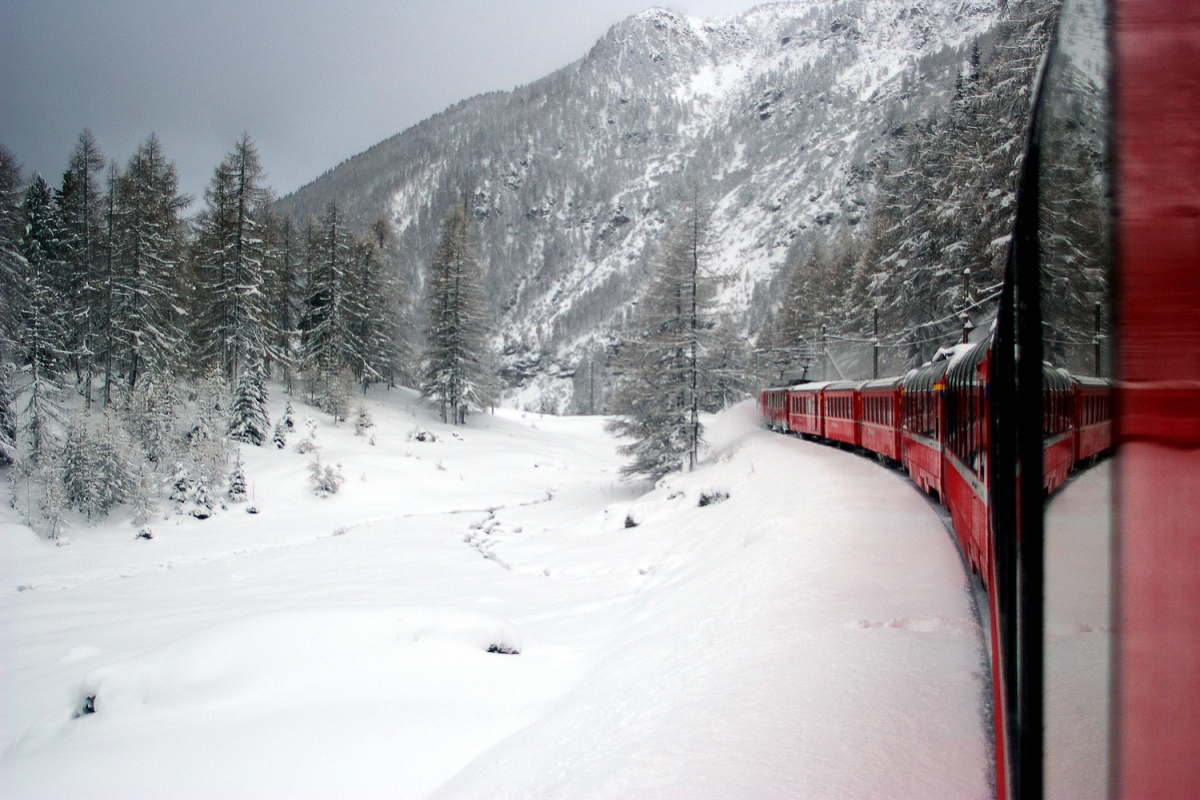 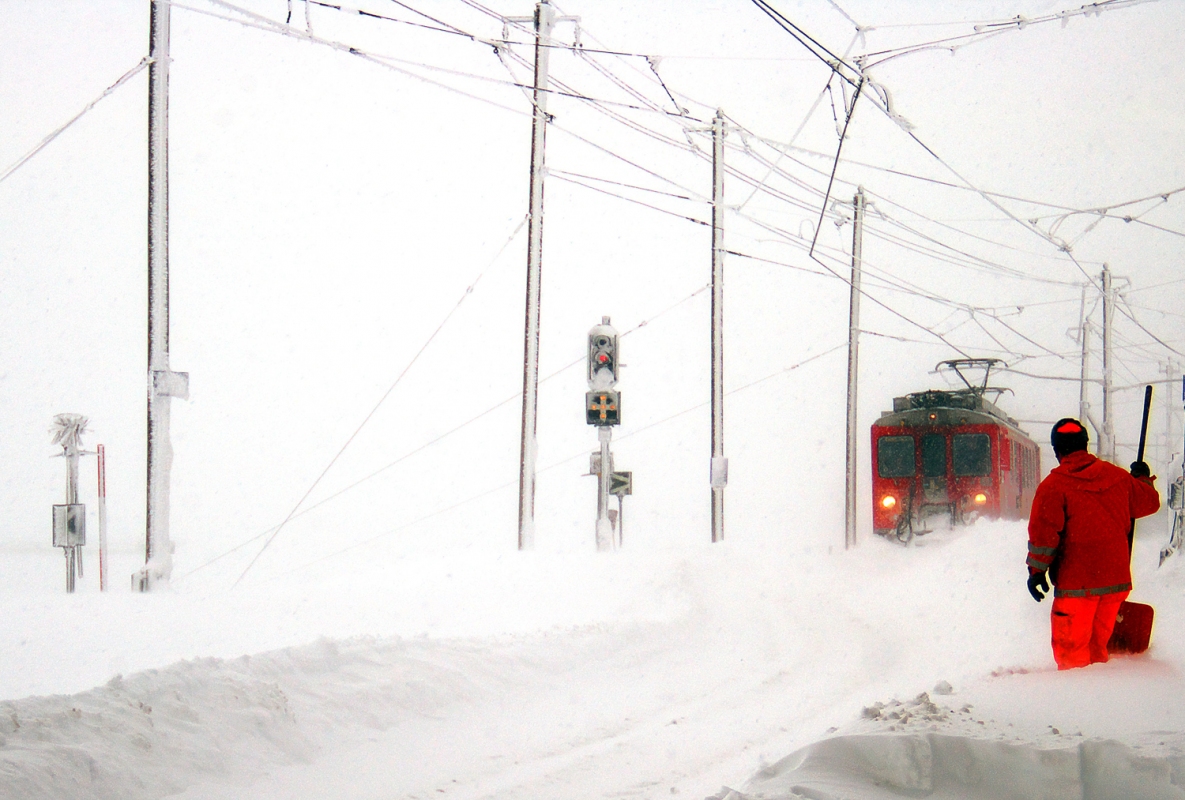 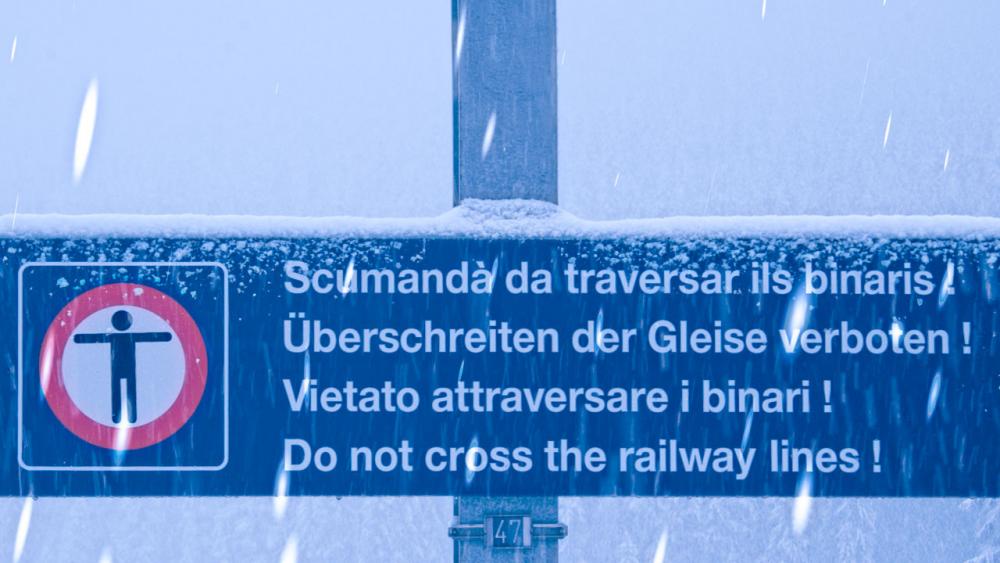 3 thoughts on “Bernina Express: Riding the Alps by Train – Part 2”