Cebreiro is the gateway to Galicia for those who follow the Way of Saint James. They climb from the meseta up to over 1.300 metres height, the highest point of the surrounding mountains, dark and gloomy.

This is also the “rain divide” between the wet Galicia and the dry central Spain. Here the clouds stop their ride from the Atlantic ocean. They’ve been pouring water along the whole Galicia and the last drops fall here. Well, they aren’t really only drops. It rains cats and dogs very often.

It is also cold, up there. The tired wayfarers, used to the hot and dry climate of the Spanish meseta have usually a hard day, climbing the mountain and experiencing a new climate. At the end of the way they find shelter in the “pallozas“, elliptical stone houses with pointed roof of woven reeds. They are probably of Celtic origin since Cebreiro was founded before the arrival of the Romans. Some years ago there were people living here, but nowadays they only host restaurants and shelters for the pilgrims.

This is an ancient tradition here in Cebreiro the monks of Cluny had a hostel until the last century, when new roads were open and the way of St. James wasn’t’ anymore the only link between the Atlantic corner of Galicia and the rest of Europe.

The hostel still stands, close to the Romanesque church of the IX century that hosts the holy chalice with the relics of  the legendary miracle of the Holy Grail:  tradition it that a weary priest was celebrating Mass in the little village church one winter’s day. A peasant from a nearby village, having fought his way to the top of the mountain through a fierce snowstorm in order to hear Mass entered the church just as the priest was performing the consecration. The priest insulted the peasant’s faith and ridiculed him for having come all the way to the top of the mountain in such severe weather in order to witness a non-existent miracle. At that very moment, the bread and the wine on the altar were literally transformed into flesh and blood. (Source: http://www.pilgrimpathways.com/pilgrim_pathways.asp?IdSeccion=1&IdNoticia=46)

In 1486 the Catholic Monarchs, on a pilgrimage to Santiago, stopped at the monastery of O Cebreiro and donated the shrine where the relics of the miracle are still held. The chalice of the miracle appears in the arms of Galicia. Bute the Romanesque church that hosts the chalice is a fake, because the medieval church that was the stage of the legend was destroyed at the beginning of the 19th century during the anti-clerical revolution and the present church was re-built in O Cebreiro in 1965–71 on the foundations of a pre-Romanesque church rediscovered in 1962.

In 1809 Cebreiro was invaded by the Scottish troops of General John Moore, in his retreat to La Coruña as he was pursued by the French. Several hundred British were killed due to the harshness of the Cebreiro winter. During this period, the relics of O Cebreiro were hidden in the village of Foxos, but the documents of the monastery were destroyed.

The road also had great importance in the Spanish War of Independence, due to its strategic position between León and Galicia.

From the nineteenth century Piedrafita do Cebreiro was a passage of the first modern highway between Galicia and the inner Spain. In the twentieth century it became the first motorway, which crosses the harbor by two tunnels.

So now the old path has lost its economical importance, but still hundreds and hundreds of wayfarers sweat along the steep way. Once on the top the feeling is something like “OK, I’m done, Santiago is just around the corner”. It’s not really like that, but this feeling provides the pilgrim with some good mood to spend the night  in bad weather on the top of a mountain at the border with Galicia, the land of fairy tales and witches, woodland fairies, flying spirits and Celtic mists.

I will mail you only when I release a new article and you data will never be sold to anybody!

Or, if the above link is broken, just copy and paste into your browser this URL: http://eepurl.com/beHmLf 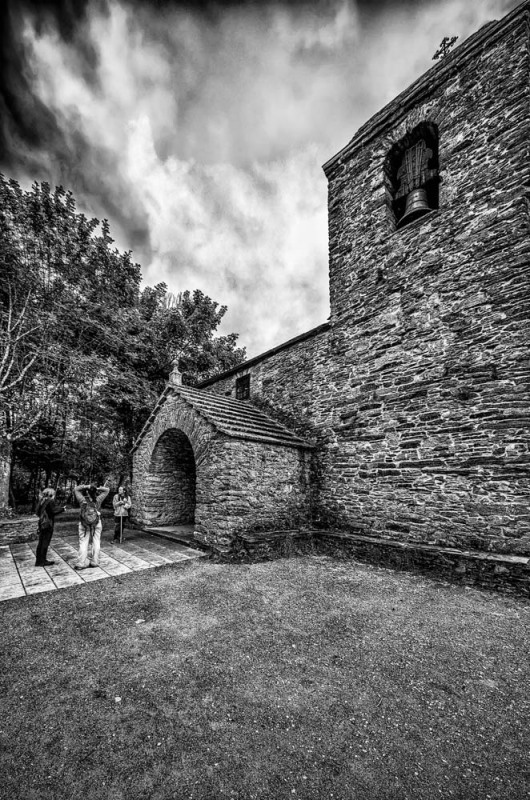 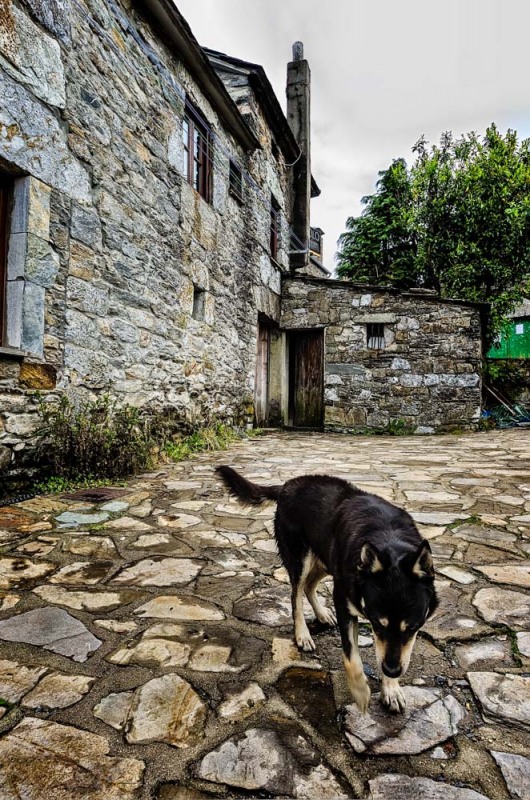 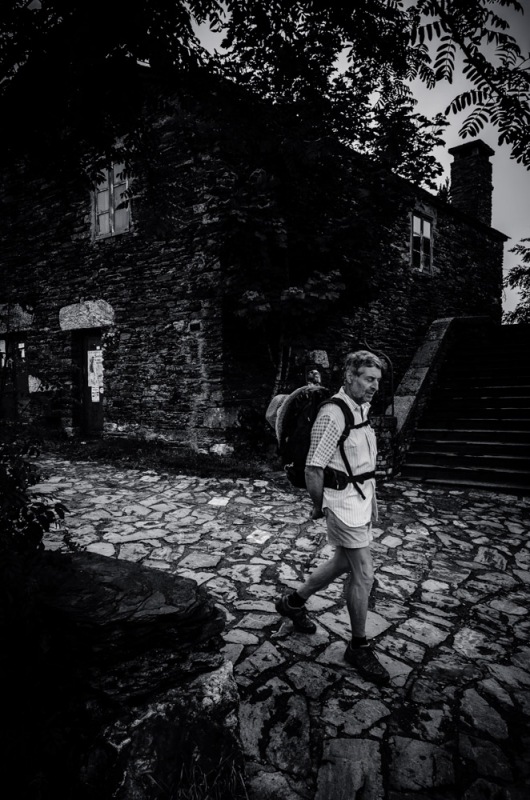 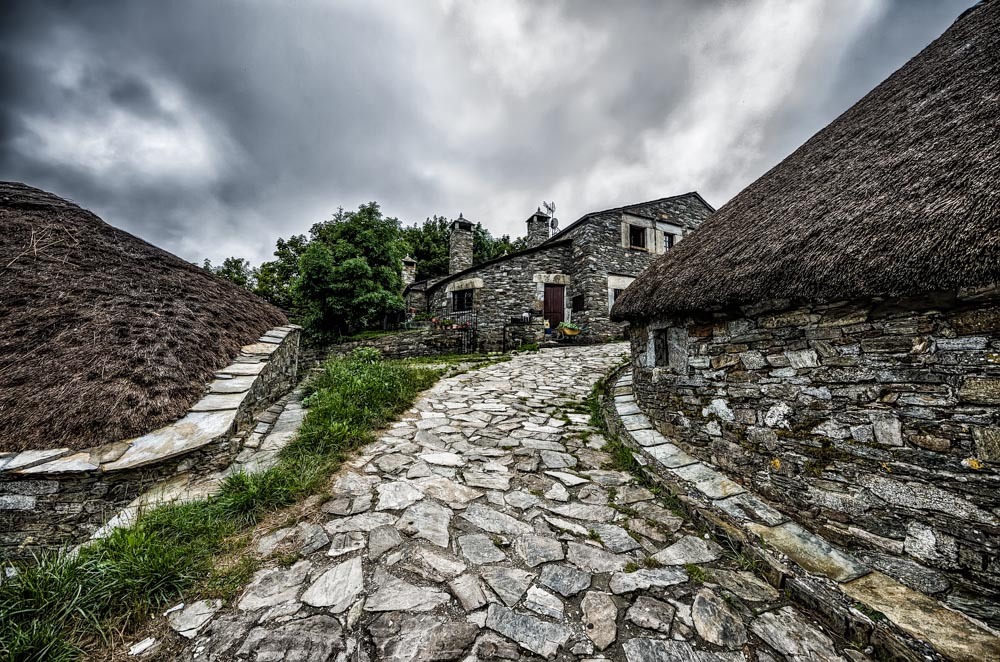 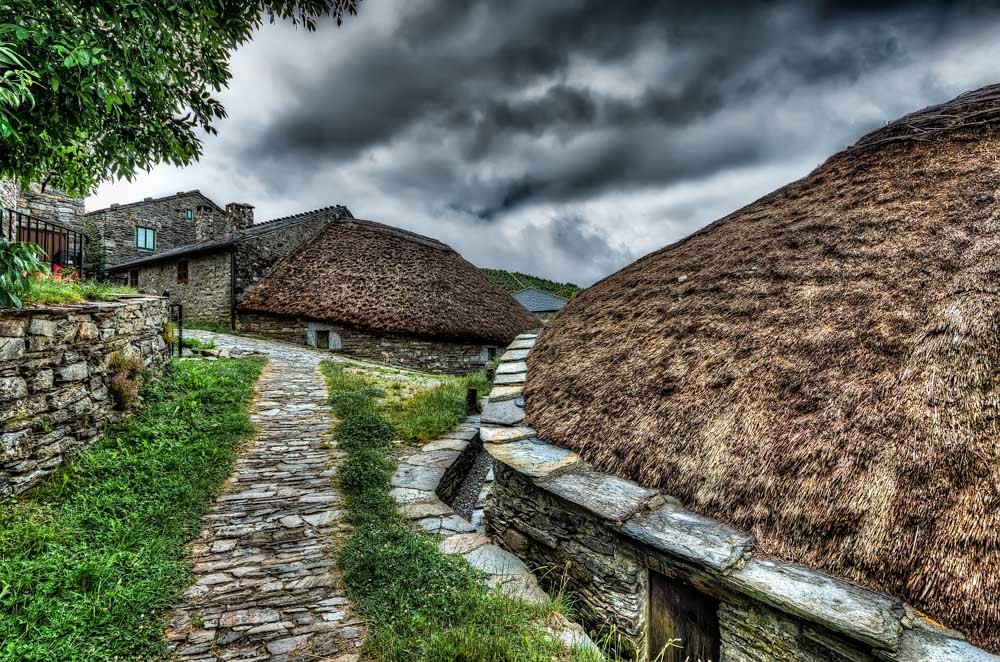 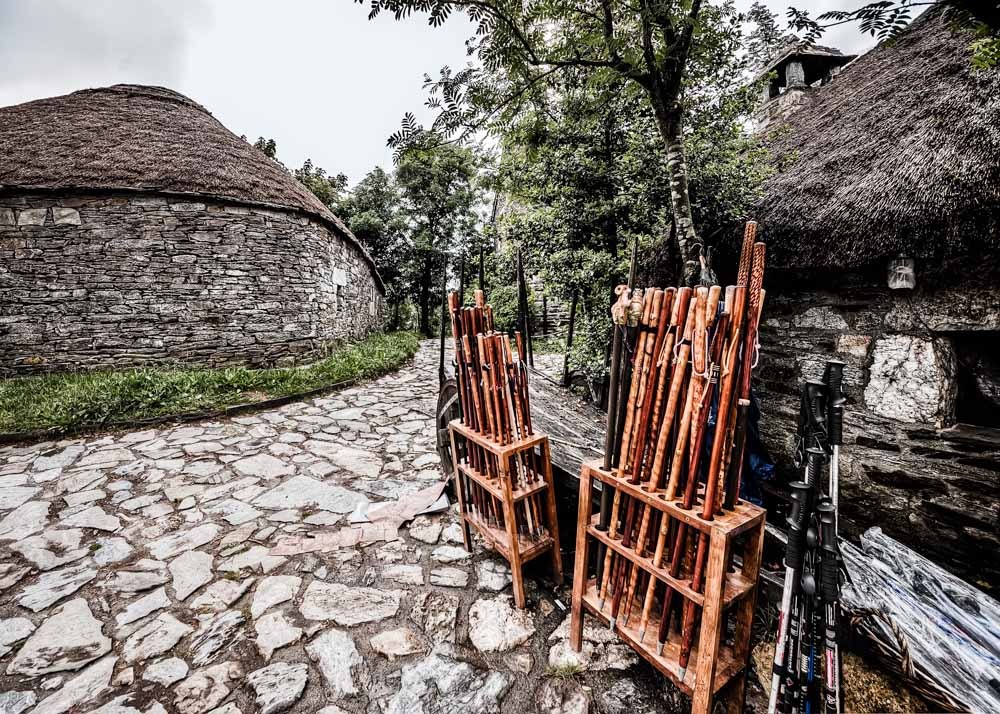 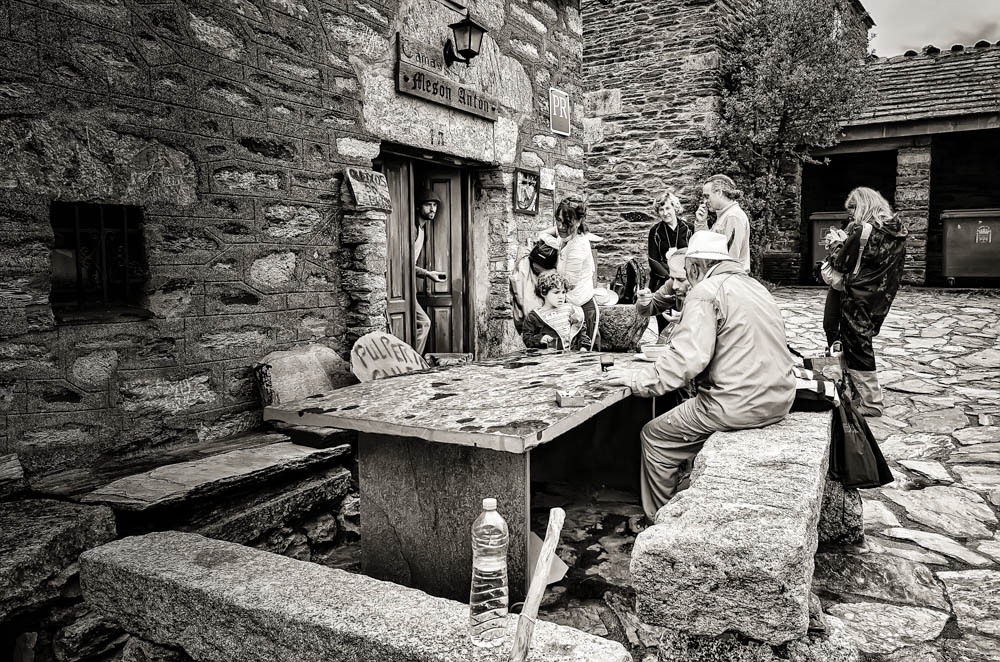 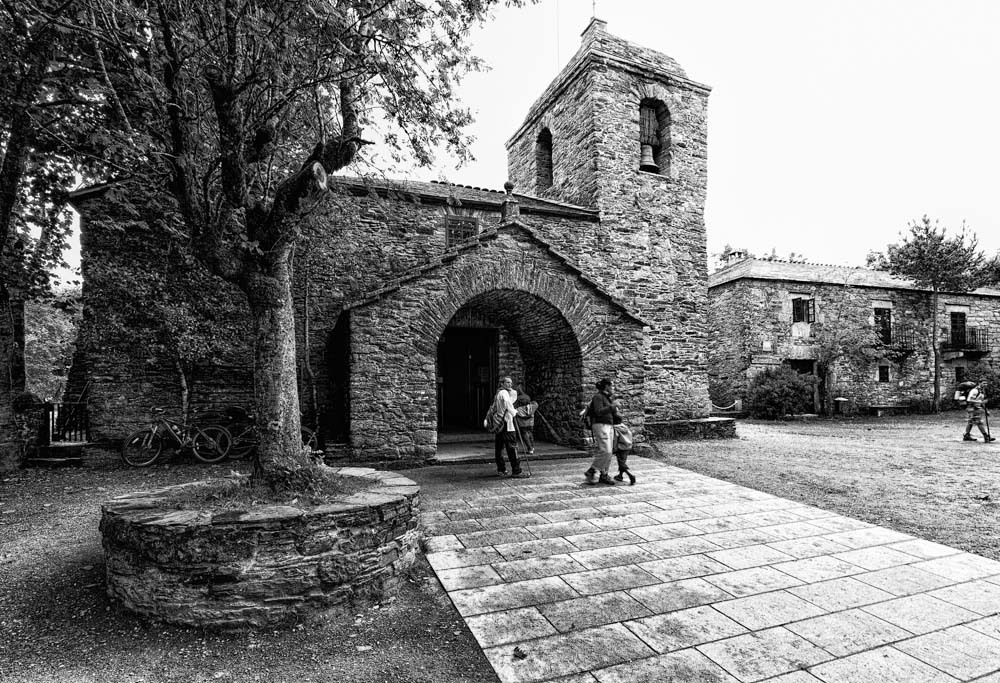 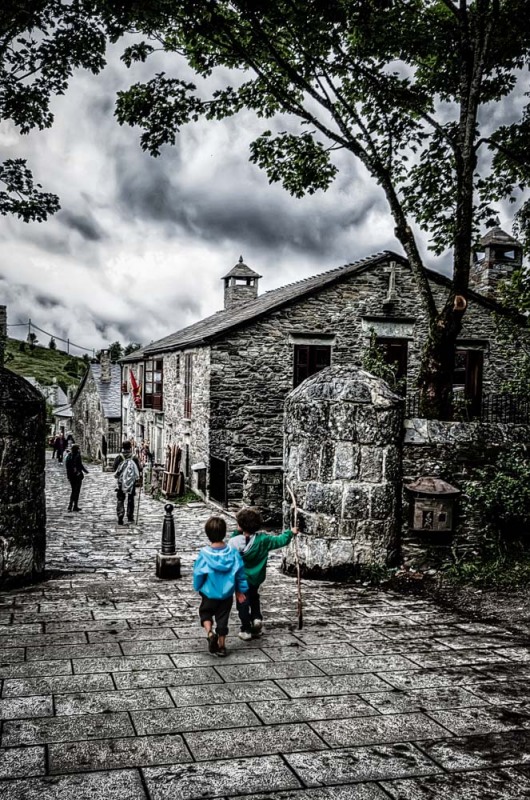 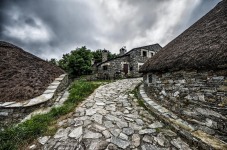 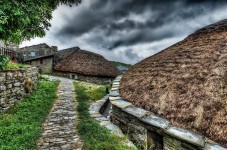 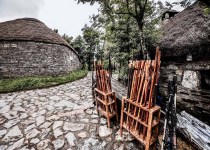 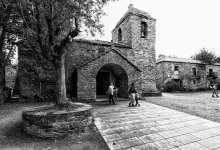 4 thoughts on “In the land of Pallozas”