Skip to content
Home » My blogs » Travels » Germany » Once Upon a Time, There Was a Border Here

This is the border between Germany and Poland, along the river Neisse.

The river divides two nations but also split one city into two: the town on the Polish side is called Zgorzelec, while the one on the German side is Görlitz

This border was once, when I was young, a very remote place for a western traveller: at the easternmost side of the almost inaccessible East Germany and linking it with the equally inaccessible Poland. Before the fall of the Wall, German Democratic Republic was a mysterious place for most of the travellers because the Iron Curtain put it beyond reach. And this bridge is far more inside the “Eastern Block” than the infamous Iron Curtain.

I have been standing in front of the Iron Curtain. Involuntarily.

I was in my school years and hiking with some mates in a forest in the mountainous German region of Harz. It was 1978 and right in the Harz ran part of the Inner German Border, that separated the two German nations

There was a little valley and at the bottom of it, hidden among the trees, a huge metallic fence. We were at the border. That was the Iron Curtain.

We had no chance to trespass it (unless we had a deep desire of testing the ability of the snipers) but at least we saw it.

The border between Poland and the German Democratic Republic, and the river Neisse, were many kilometres towards the East and, at the time, far beyond our possibilities. Inaccessible, simply put.

The Oder–Neisse line marked the border between the German Democratic Republic (East Germany) and Poland from 1950 to 1990. It was officially designated as the “Border of Peace and Friendship”.

East Germany confirmed the border with Poland in 1950. West Germany, after a period of refusal, finally accepted the border (with provisions) in 1970.

In 1990 the newly reunified Germany and the Republic of Poland signed a treaty recognizing it as their border.

At this point, the bridge of Görlitz lost its remoteness but still had customs officers at its edges.

In 2004 Poland signed the Schengen Agreement. From that moment on there was no control anymore on the bridge.

For the photo above, I was standing in Zgorzelec, in Poland, photographing the German town of Görlitz.

This lady just crossed the former border after a bit of “German” shopping. 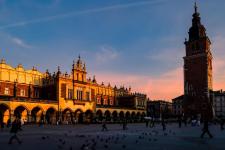 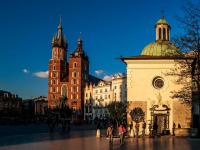