Skip to content
Home » My blogs » Travels » Poland » Wroclaw, the city of dwarfs

Wroclaw is a beautiful city with beautiful streets, an incredibly gorgeous and tranquil medieval district (Cathedral island, on an island on the river Oder), lots of bars and restaurants.

Many cities in the world have similar amenities.

But Wroclaw is the city of dwarfs!

Scattered in the old town, hundreds of small dwarfs are waiting to be discovered by adults and children. The tourist office even prints a map of their locations!

You can find these dwarfs busy in various occupations; counting money, leaving for a trip, cheering the incoming tourists, sleeping, guarding the entrance of their hidden city. There is even an imprisoned dwarf!! They also have their own blog!

But what is all that about?

Everything began with Orange Alternative

It’s not only something for the younger visitors. The dwarfs have a story that goes back to the last years of the Communist regime.

Orange Alternative was the name of an underground protest movement that started in Wrocław in the 80s.

Its main purpose was to offer a wider group of citizens an alternative way of opposition against the authoritarian communist regime. This was through a peaceful protest that used absurd and nonsensical elements.

It was the most picturesque element of Polish opposition to Stalinist authoritarianism. It has also been viewed as part of the broader Solidarity movement.

In 2001, to commemorate the Orange Alternative movement, a figurine of a dwarf (the movement’s symbol) was placed on Świdnicka Street, where the group’s happenings used to take place.

The city of dwarfs

And it was the birth of the city of dwarfs.

Since then dozens and dozens of dwarfs have appeared in the streets of Wroclaw. They are now about 170 and their number is increasing.

So please follow me and discover the gnomes that I happened to meet!

This is the Well-Wisher (Życzliwek in Polish). He cheers all the city visitors in the main square of the old city. For this reason, is one of the most popular dwarfs in Wrocław and even has his own Facebook profile.

The dwarfs live in their own subterranean city. This city has an entrance; to find it, go to the crossroads of Odrzańska and Św. Mikołaja Street and you’ll see a tiny wooden door, the height of a human knee.

Sitting next to it, there is the Guardian.

No human has ever seen the city of dwarfs, but not because of its guardian, who’s almost always sleeping! He wakes up only from time to time when he smells the scent of food. Even the eldest dwarves don’t remember him waking up for longer than the time needed to eat his dinner.

So, the reason why the city of dwarfs is unexplored by humans is that the entrance door is too tiny even for a child!

Dwarfs don’t only live in the subterranean city.

They mix themselves with humans during the day and also like to travel.

And what they love the best is to travel by motorbike!

The Chopper dwarf and other interesting gnomes

Motocyklista (Chopper-dwarf) goes far away with his motorcycle. But he always travels back to his parking lot, which’s located near the St. Mary Magdalene’s Cathedral on Szewska Street.

Are you in need of cash? You go to a cash dispenser and here you are!

Well, dwarfs also use money (their own money) and they have their own ATMs.

One of them is in Kuźnicza Street, not far from a dispenser for humans.

Nobody knows how’s the currency used by the dwarfs and how do their automated teller machines work.

It’s possibly a different way of counting and delivering money, as you can see in the image below.

Do you remember Sisyphus, the Greek hero who was compelled to roll an immense boulder up a hill, only to watch it roll back down, and to repeat this action forever?

Well, I don’t know what his sins were, but two poor dwarfs in Wroclaw share the same fate. They roll a great granite ball along the streets of the town, and it’s good luck for them that there is no hill around!

The problem is that one of them pulls the ball, while the other one pushes it so that they don’t really make much way!

All dwarfs you meet in Wroclaw are very friendly with humans, and they like children a lot. Our daughter Livia met a group of dwarfs and had a lot of fun with them the whole day!

Yes, Wroclaw is the city of dwarfs, but if you got caught by the idea of hunting these small statues, do keep in mind that there aren’t only dwarfs in Wroclaw!

There is a short and narrow street in Wroclaw that once was the butcher’s place.

It’s a medieval street, some parts of it date back to the XIII century.

Today it has been refurbished and all the animals that were killed, revive in some cast iron statues placed at the entrance of the street. 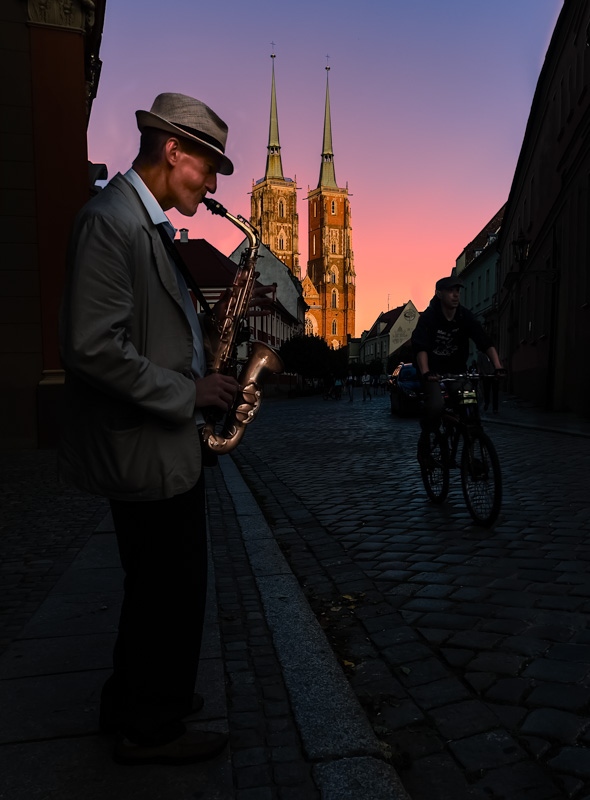 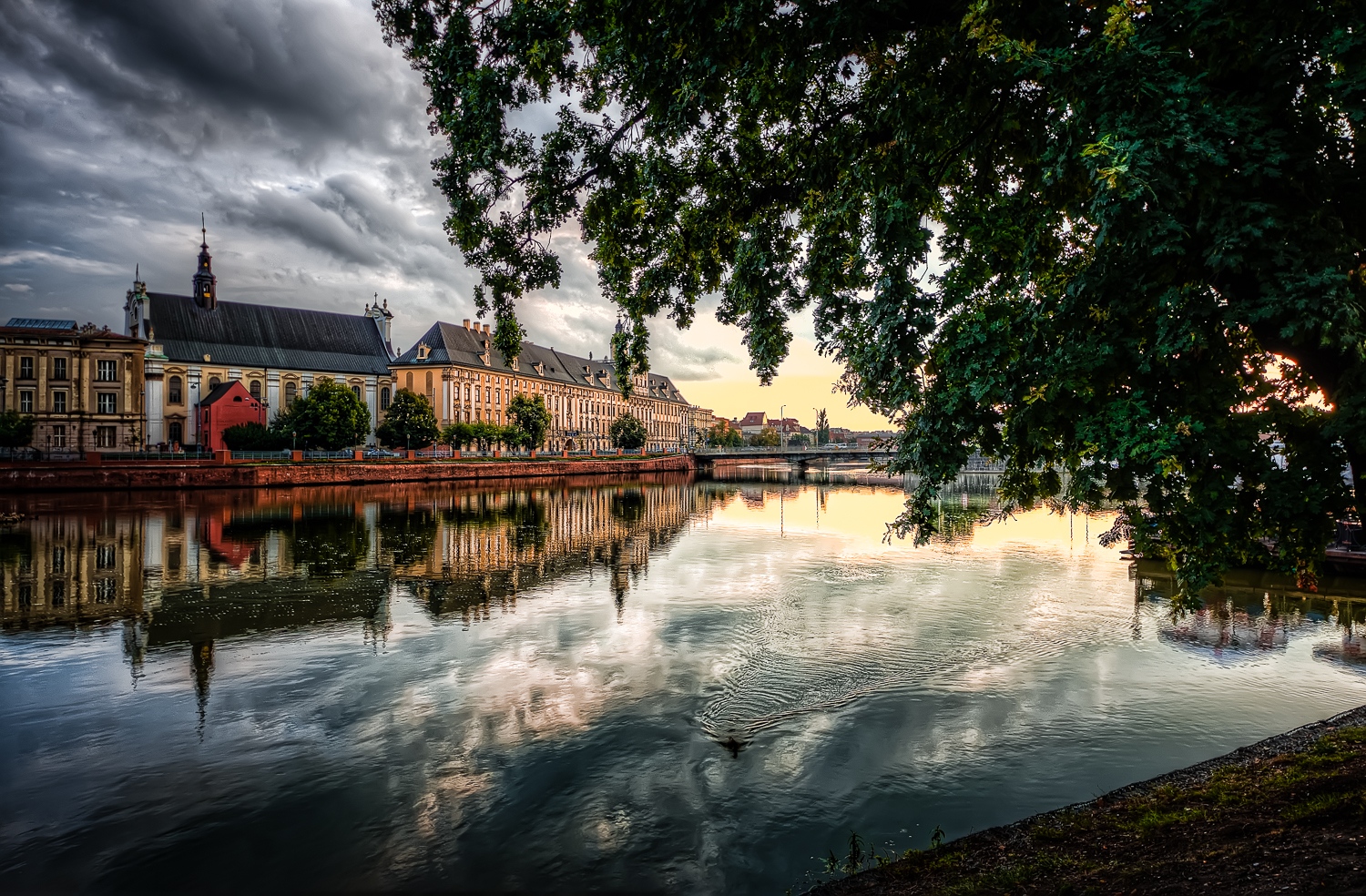 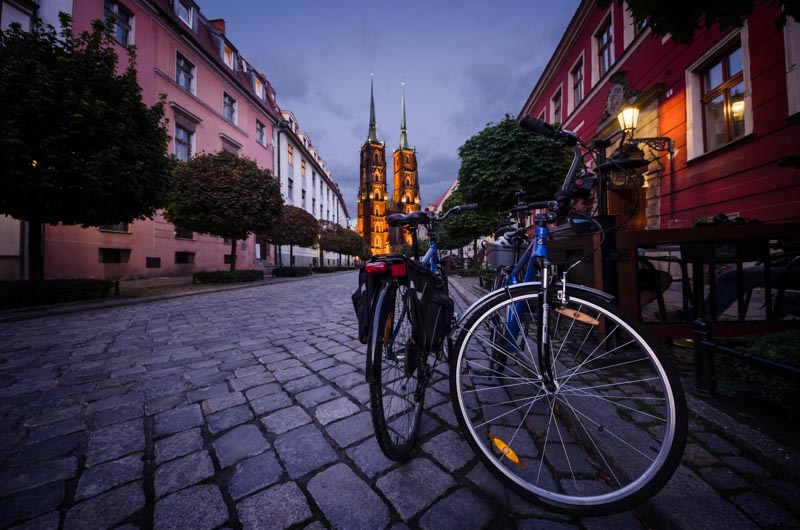 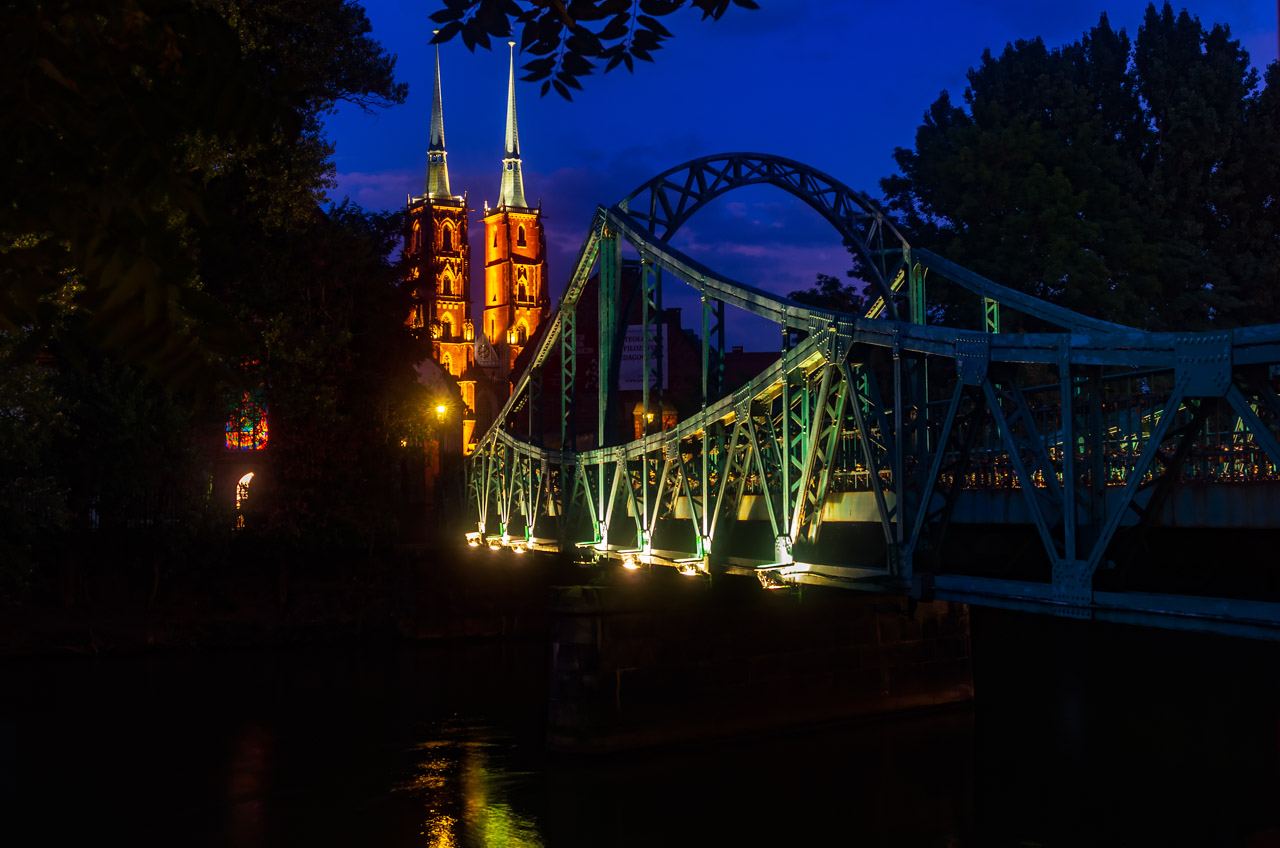 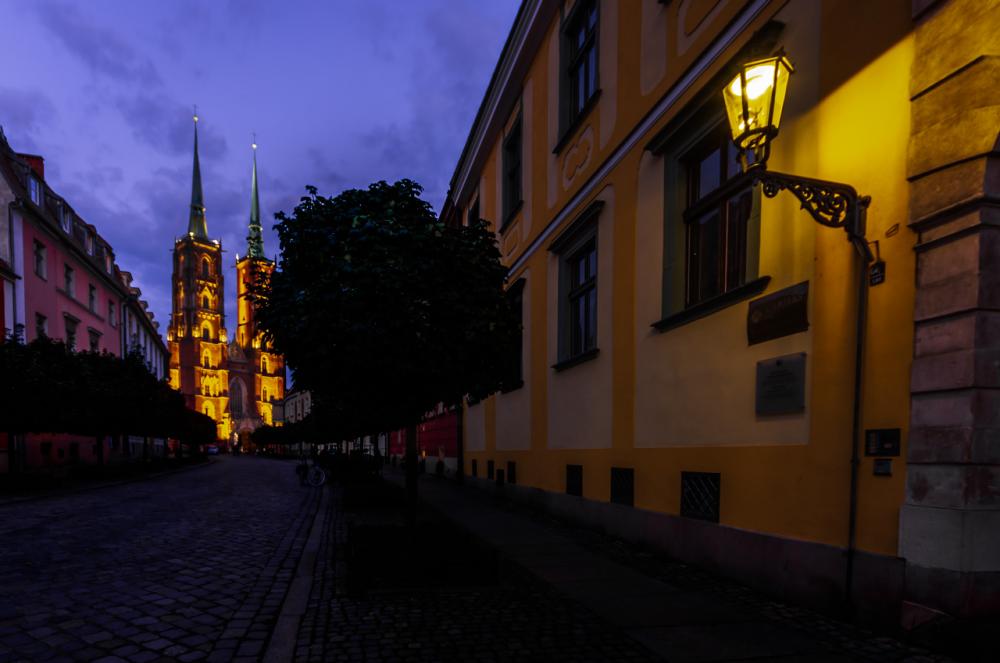 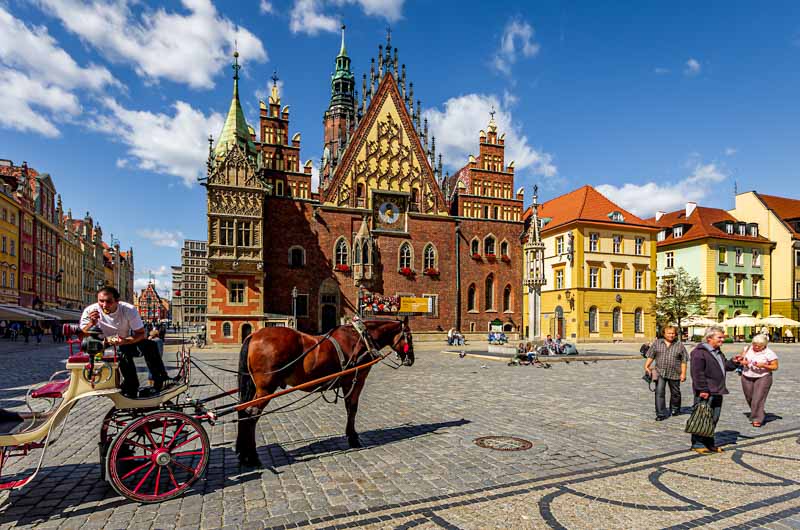 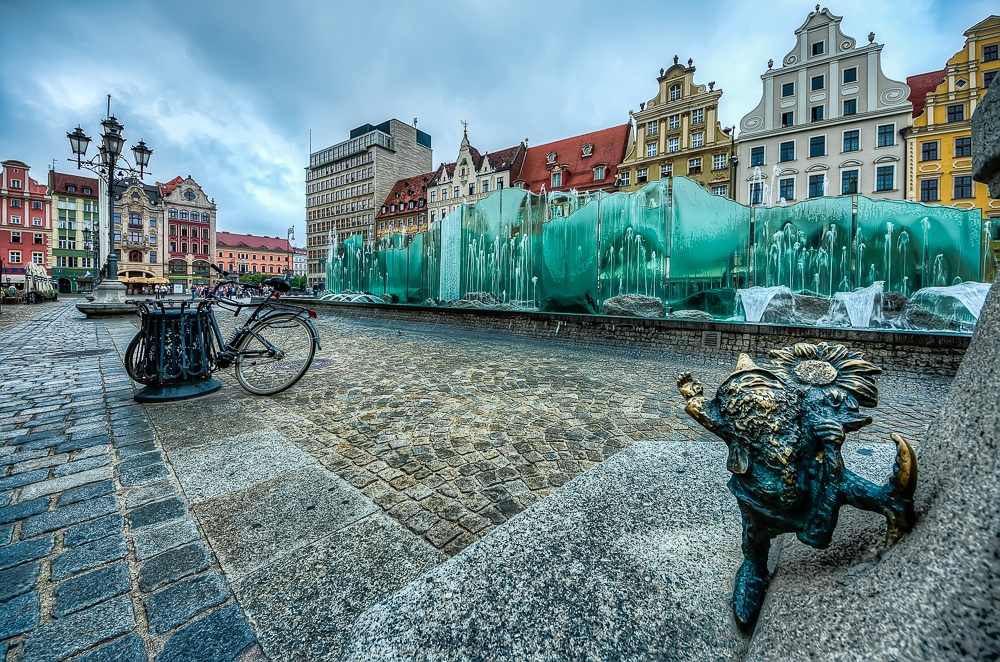 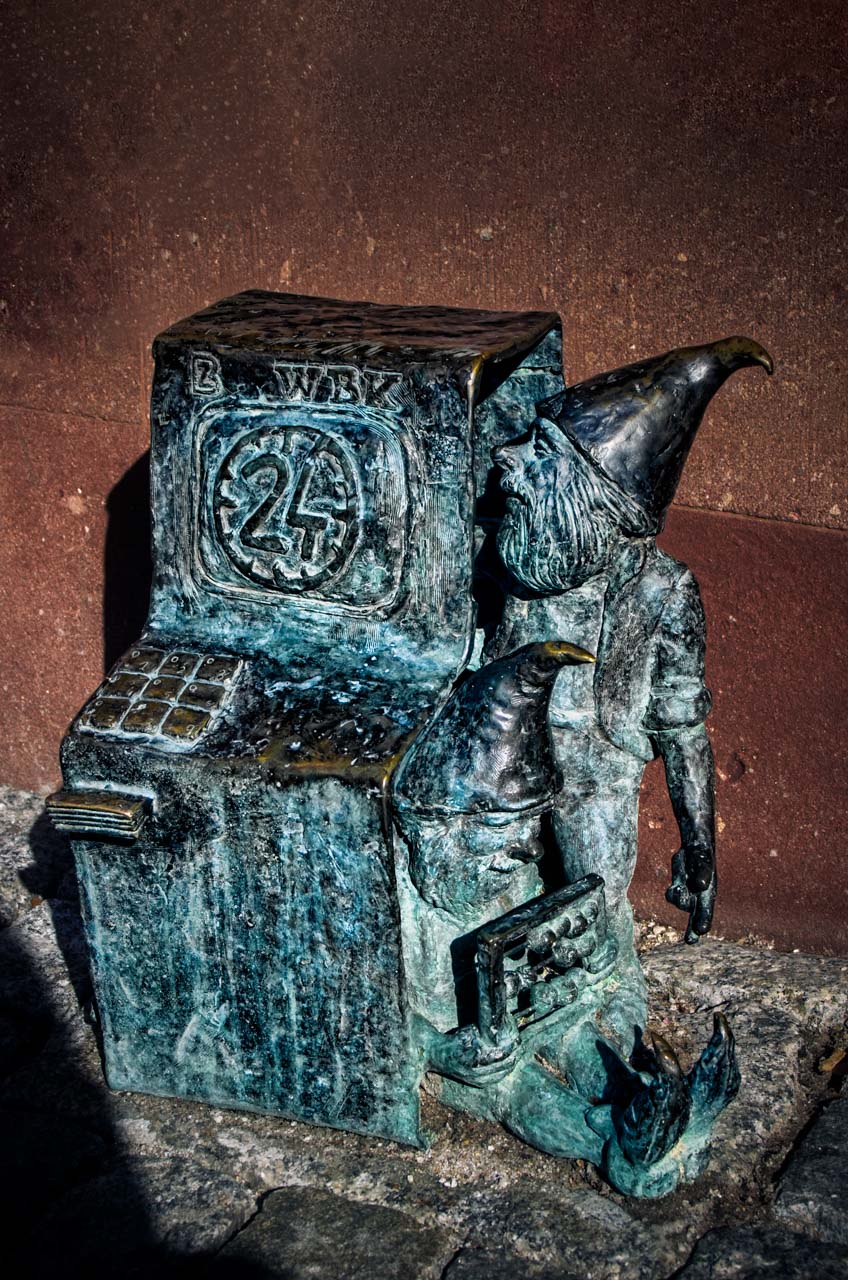 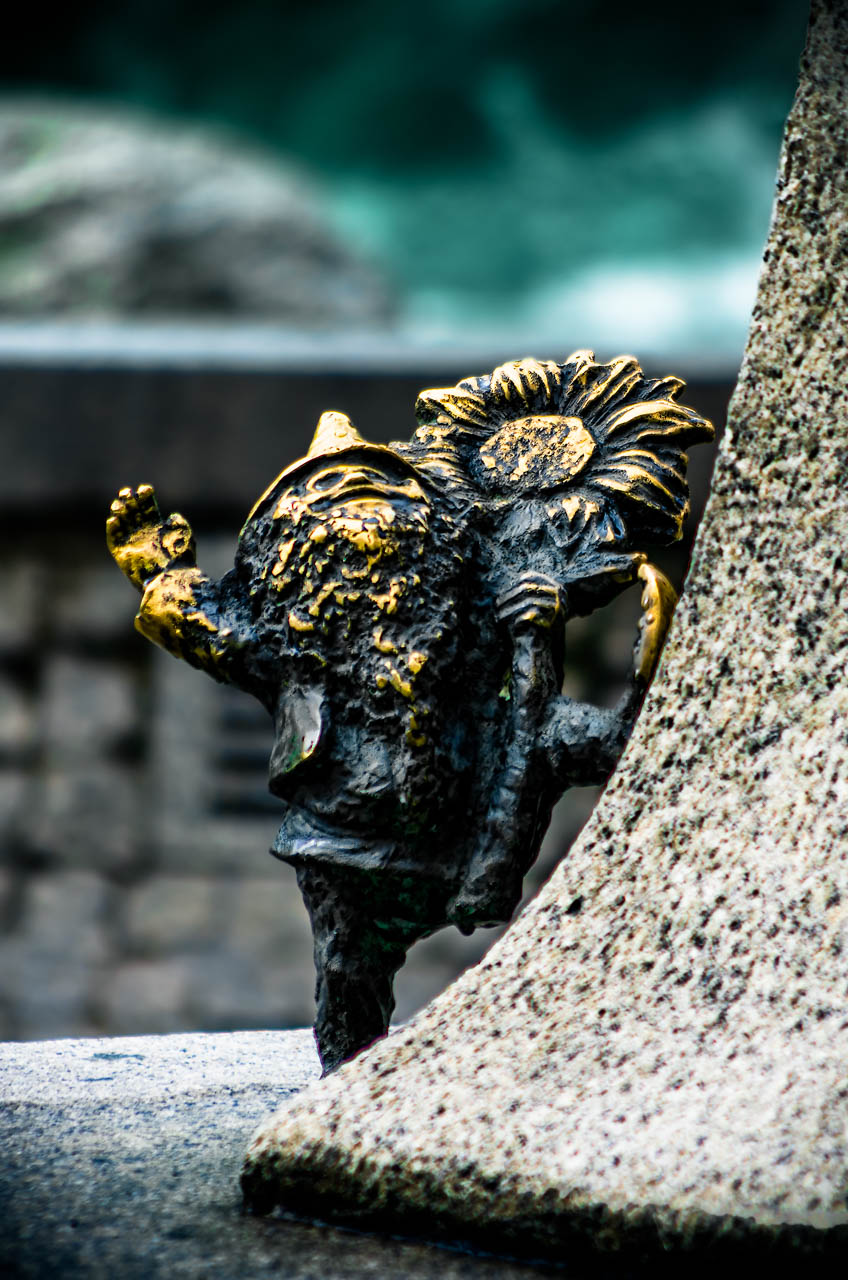 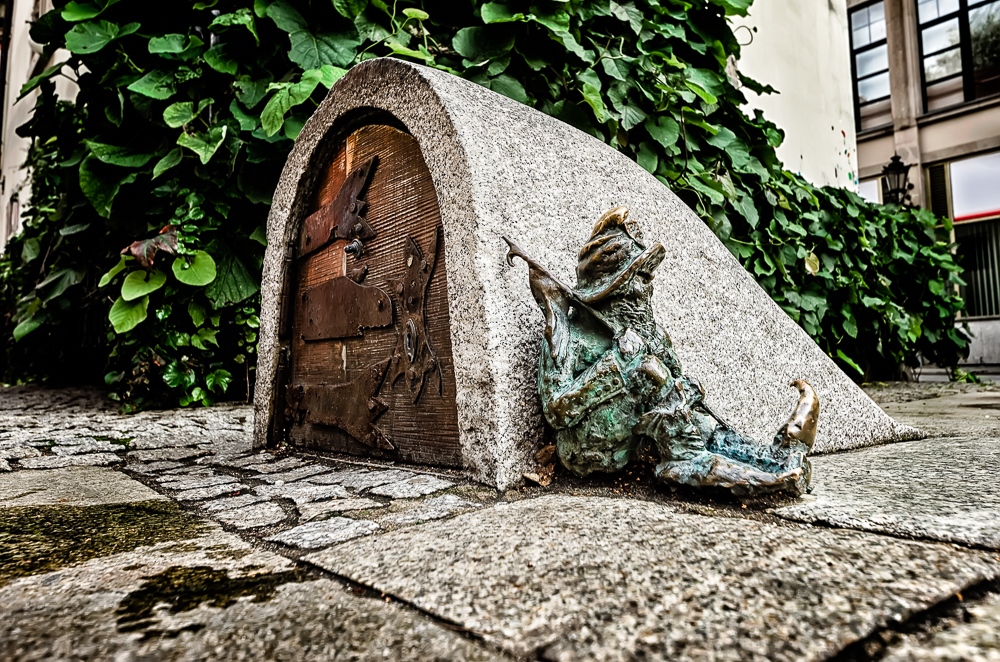 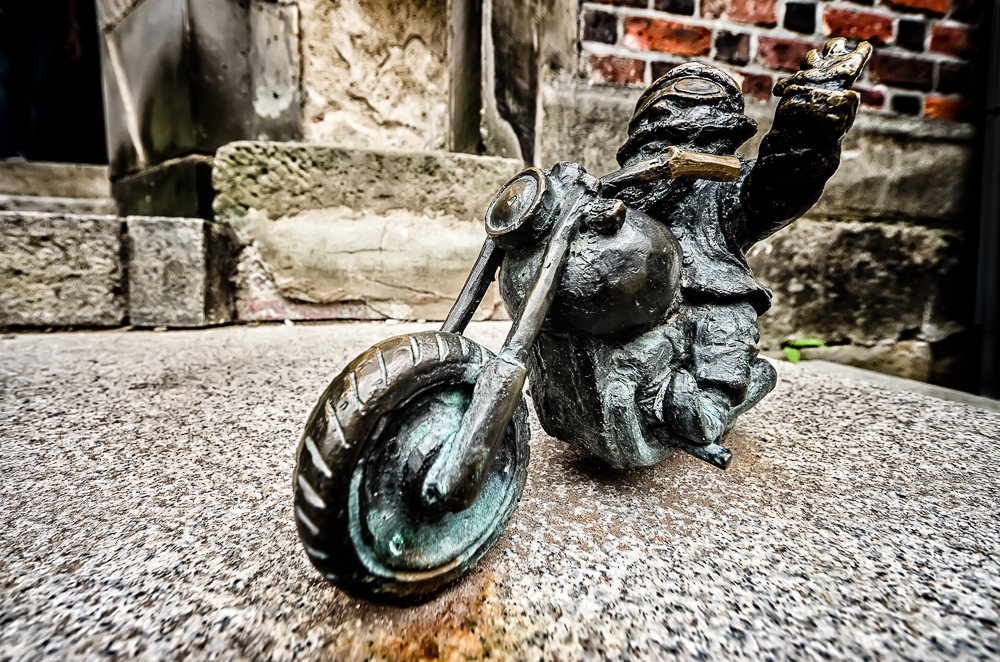 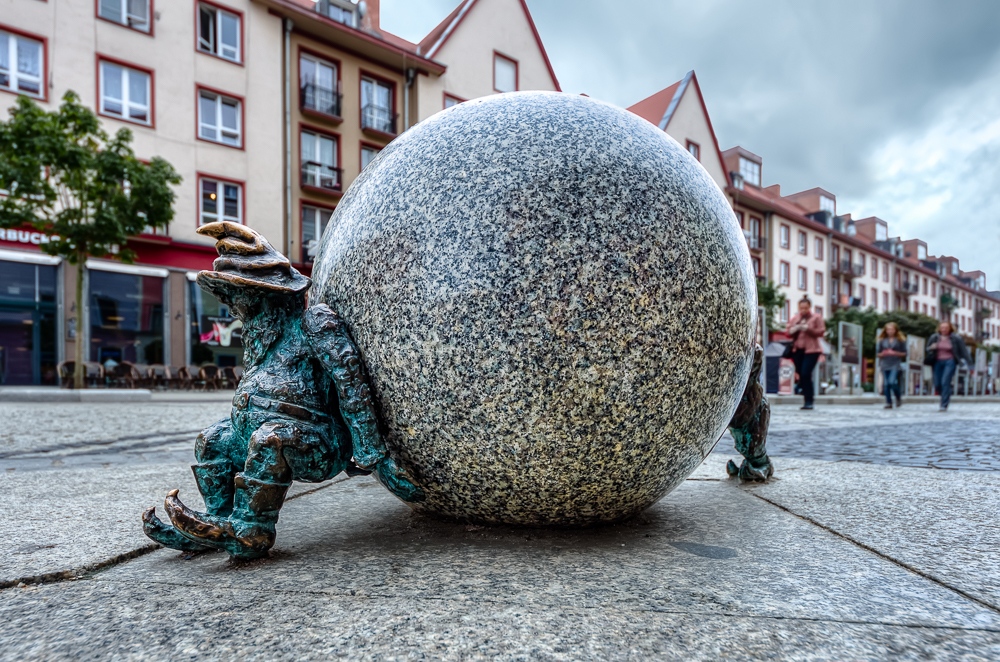 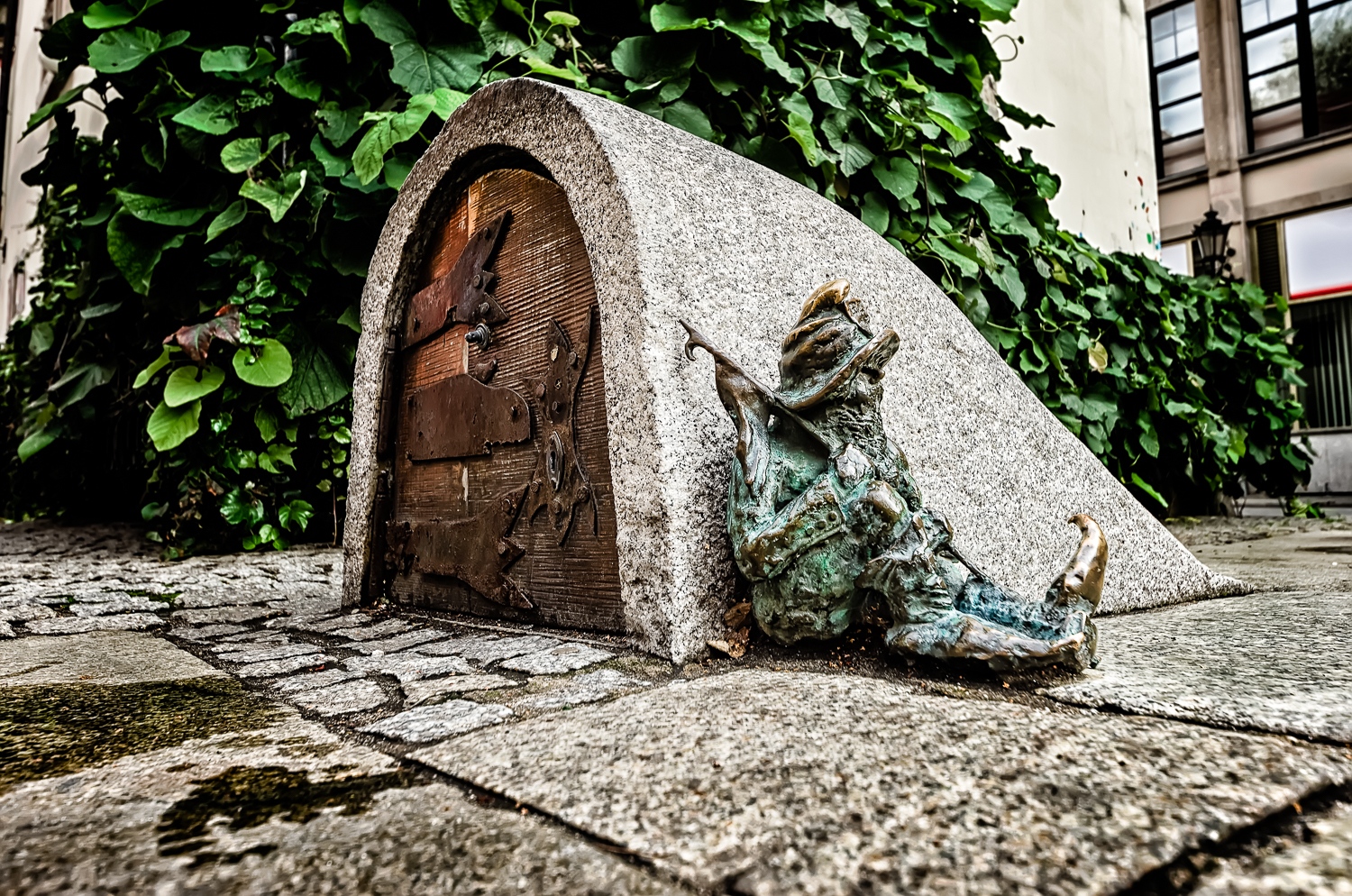 1 thought on “Wroclaw, the city of dwarfs”