Finally, after hundreds of kilometres of steppe, you’ll get to a barren, uninhabited tuff rock. It might sound like an introduction to hell and yet it’s just the prologue to the wonders of Cappadocia. A mix of geological and human uniqueness ignites the imagination and sparks delight.

A diagrammatic landscape, all peaks and slopes, pockmarked by water, wind and humans, who for centuries have carved the tuff to create dwellings, shelters, churches.

Shapes and colours always change, depending on the position of the sun and the weather conditions.

Who knows what the landscape looked like when the first, amazed Western visitors came to Cappadocia. At those times it was the reign of nomadic tribes. The tuff pinnacles – the so-called Fairy Chimneys – were inhabited, the pigeon houses carved high in the rocky walls were full of guano and the only road that passed by here was a branch of the Silk Road.

Today, that path is a four-lane road. But the caravanserai is still there. Its stony and massive structure marks the landscape for kilometres, in this vast, shadowless and arid plain.

It no longer provides assistance to travellers, but hosts performances of dancing dervishes.

Göreme is the tourist hub of the region.

Come here if you look for the company of other tourists. Come if you need an internet café or bar with all European comfort and Turkish hospitality.

But if you do not like globalization and homogenization, move just 4 kilometres to the north to the peace of the farming village of Çavuşin. A few houses and a mosque. The pace is dictated by the seasons and the chant of the muezzin. Here seniors spend the days in the village square between a chat and a narghile. They disappear only during Ramadan evenings, when is the time of Iftar, the ritual dinner that breaks the fast of the day.

In Çavuşin you’ll find quieter hotels under the shade of a rock riddled with holes that once were deposits, houses and churches.

On the other side of the valley, there is the wonder of the Rose Valley. It connects Çavuşin with Göreme and it’s a nice and easy trek among old rock churches, great landscapes and beautiful silence.

If you also have two or four wheels on hand, you can drive a dozen kilometres to meet the intimacy of Mustafapaşa. A tiny village that once was a prosperous town inhabited by Greeks and Karamanlides (Orthodox Christian Turks).

After the end of the Ottoman Empire, huge forced resettlement affected the Turks living in Greece and the Greeks living in Turkey.

Sort of ancestor of the modern ethnic cleansing (with fewer deaths but not less brutal) the “population exchange” left Mustafapaşa rootless.

Today it’s a sleepy Turkish village with empty houses in Greek style with beautiful portals that are falling into disrepair.

Along roads shaded by ancient trees, women cook tomatoes to make a sauce, just like in the villages of Southern Italy a few decades ago.

If you come here, you’ll enjoy the beauty of this architecture and the peace of a village without a crowd. A mix of distance and unreliable public transport leaves Mustafapaşa out of the main tourist tours.

After the silence of Mustafapaşa, you’ll probably be shocked by the French style delights of Uçhisar. Decades ago the local Club Med was the pioneer of the tourist development of the area. Street signs and menus in the restaurants are in French. This can be annoying, but the village is impressive, gathered around a hill topped by a tuff bastion. It enters by full right in the list of the wonders of Cappadocia!

Given its location, Uçhisar is visible from anywhere in the valley. It also offers a wonderful view of the Fairy Chimneys around. Views of the narrow and deep canyons that host and hide these pinnacles. Pink and red rock cliffs glow at sunset when the sun’s waning rays highlight their shades.

Do you need a visa for visiting Turkey and Cappadocia?

Is a visa required to visit Turkey due to your nationality? You can easily get an e-Visa through IVisa.com! 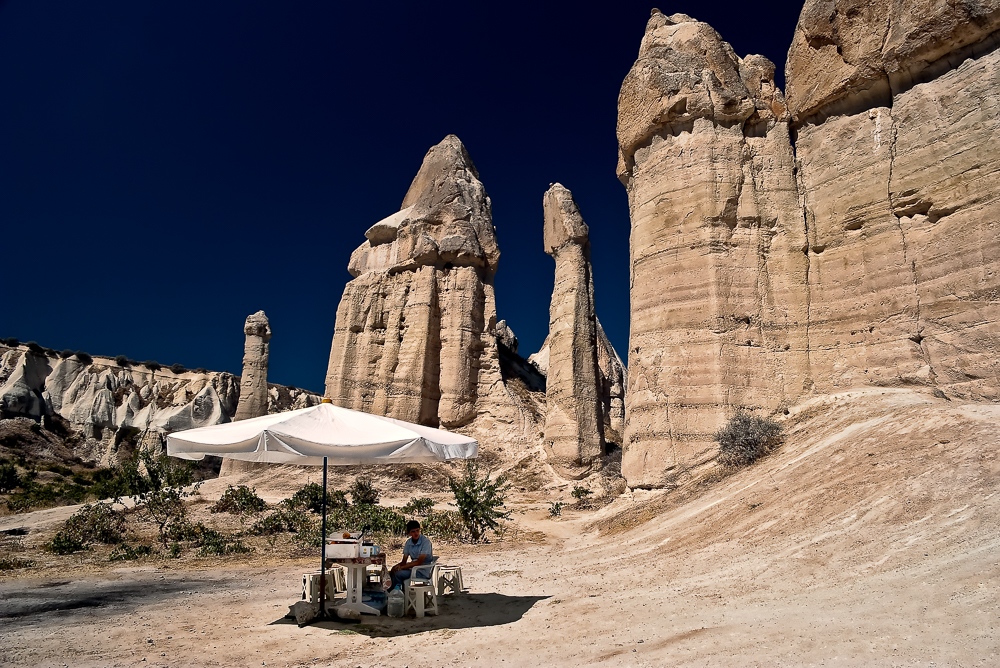 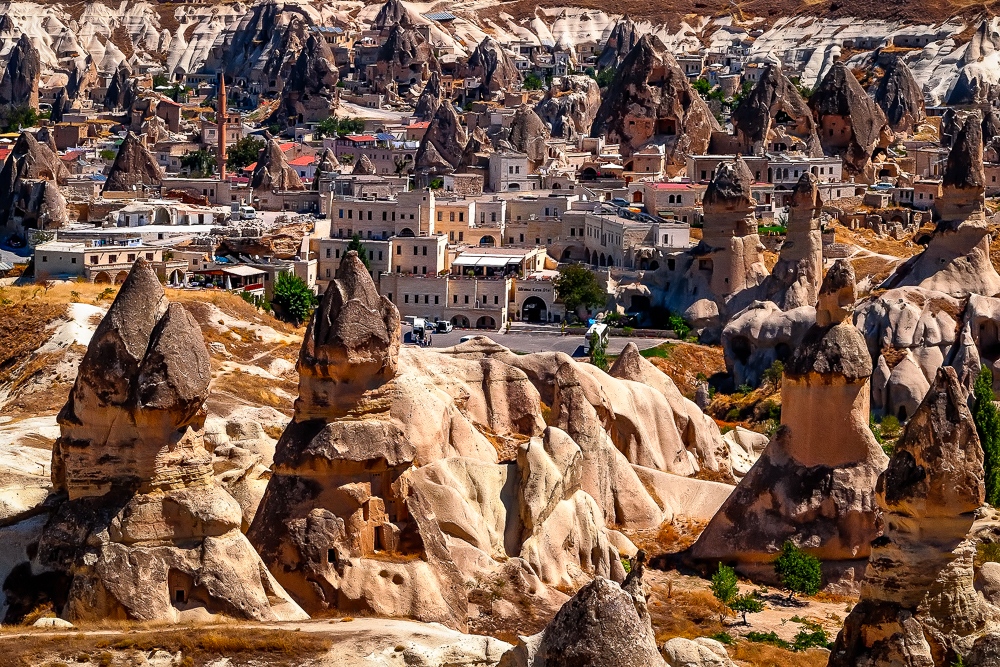 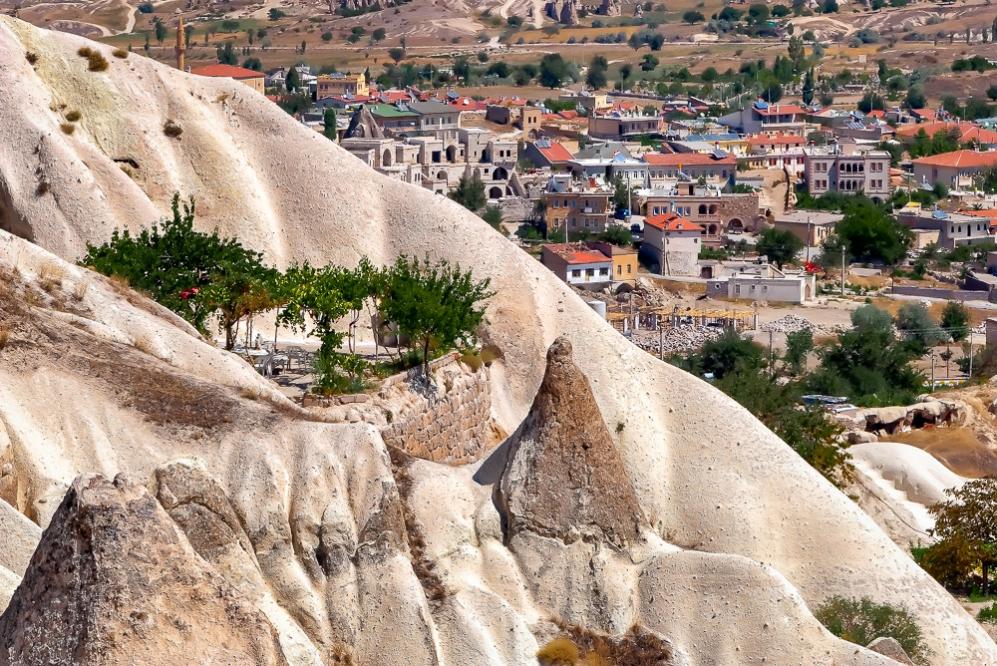 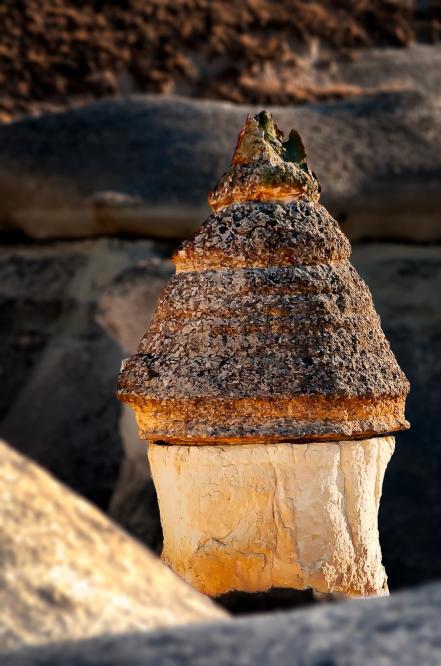 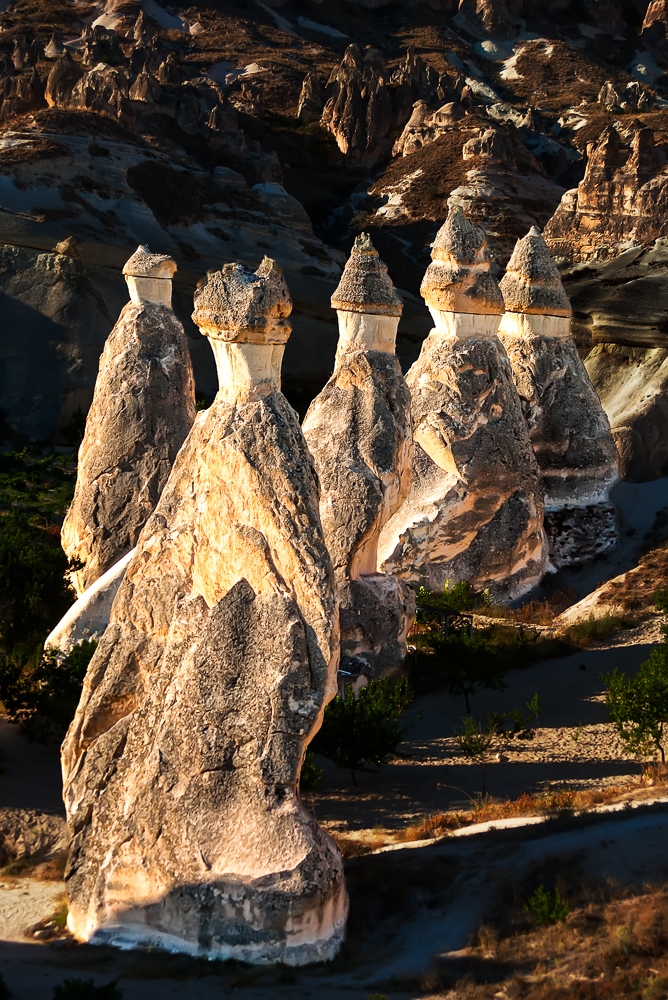 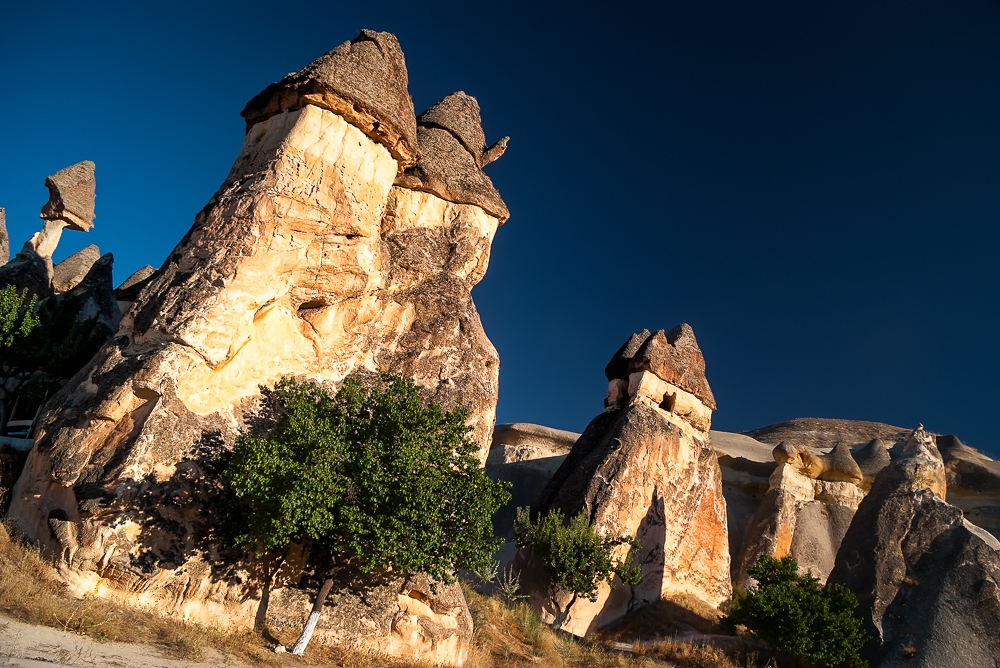 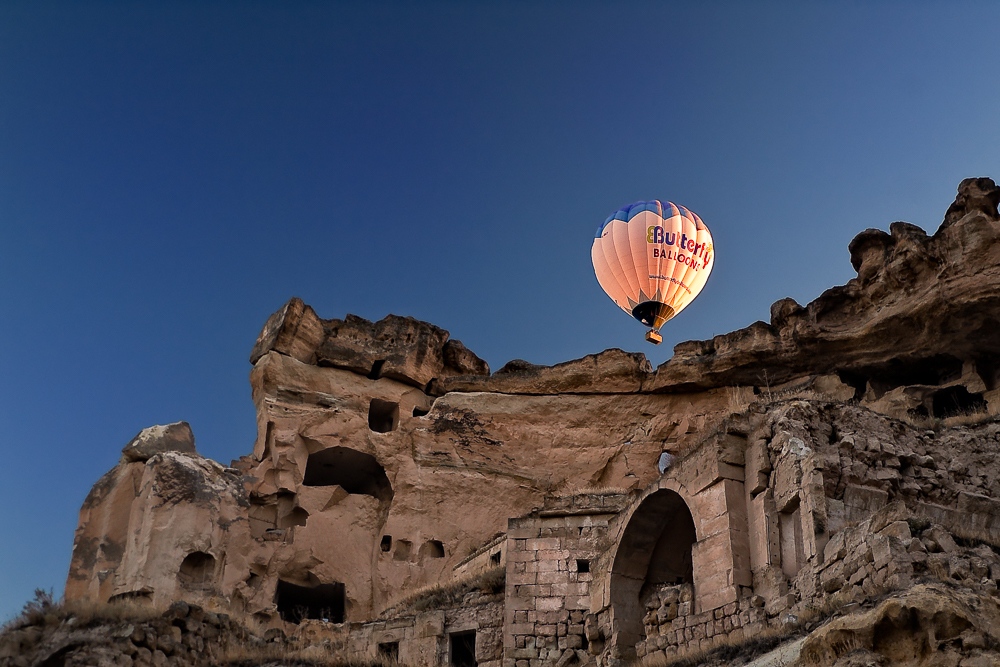 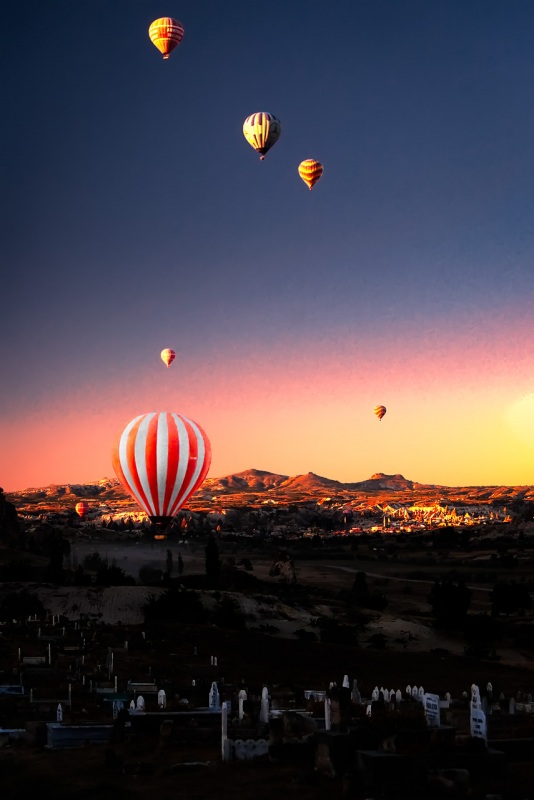 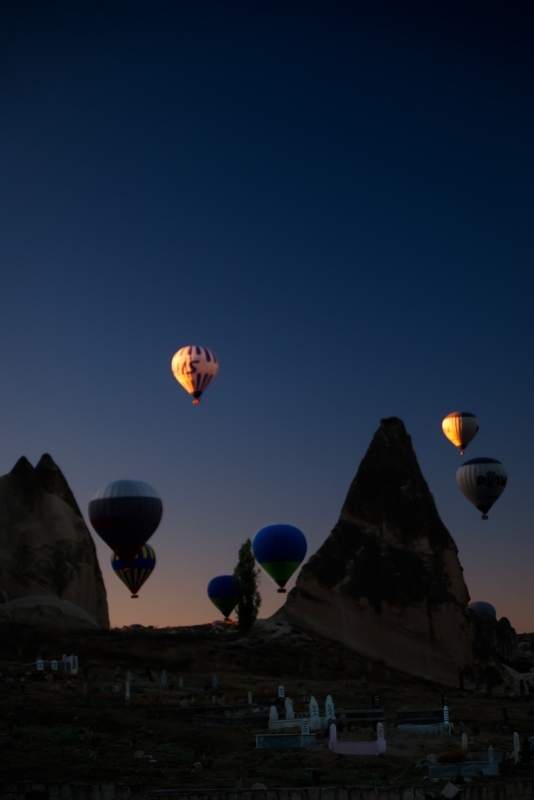 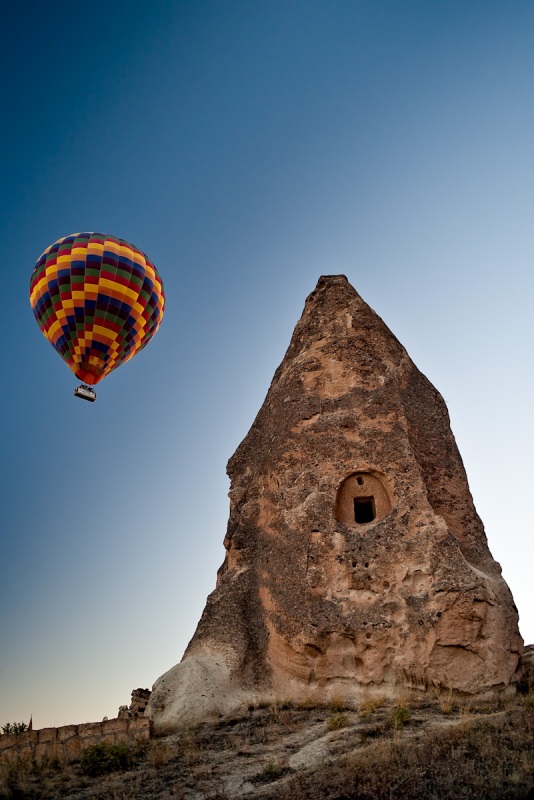 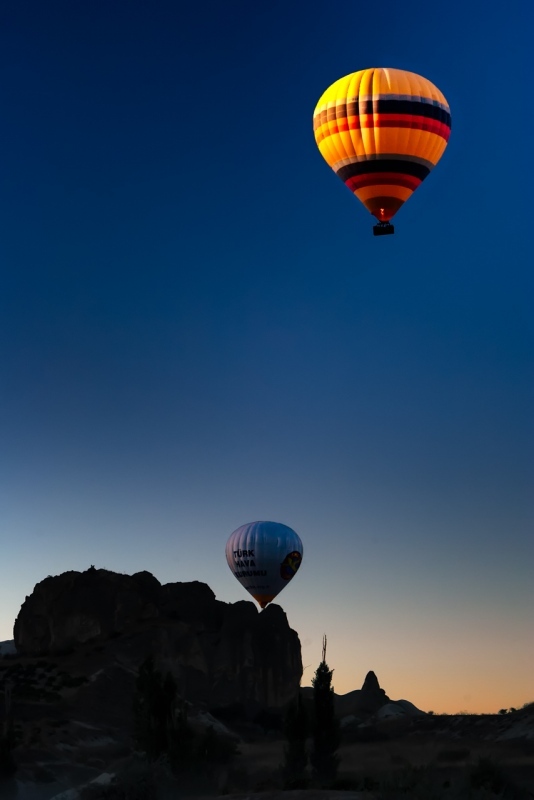 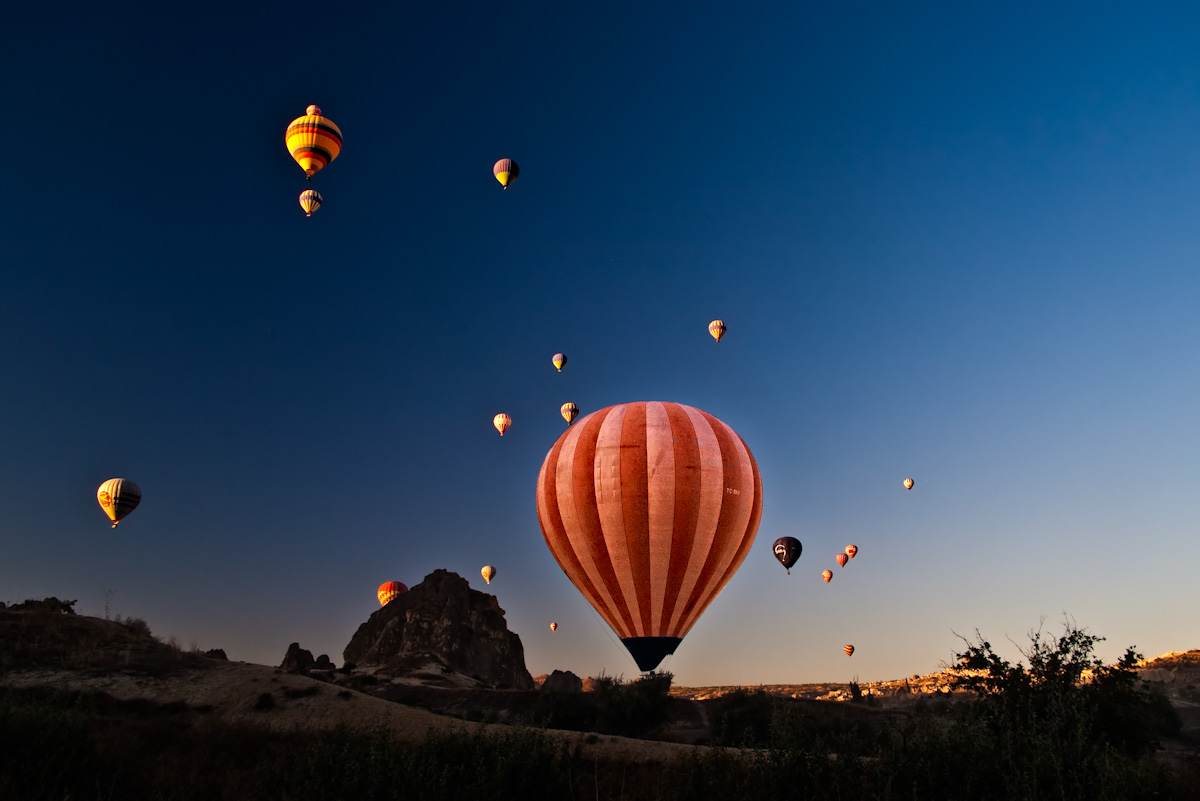 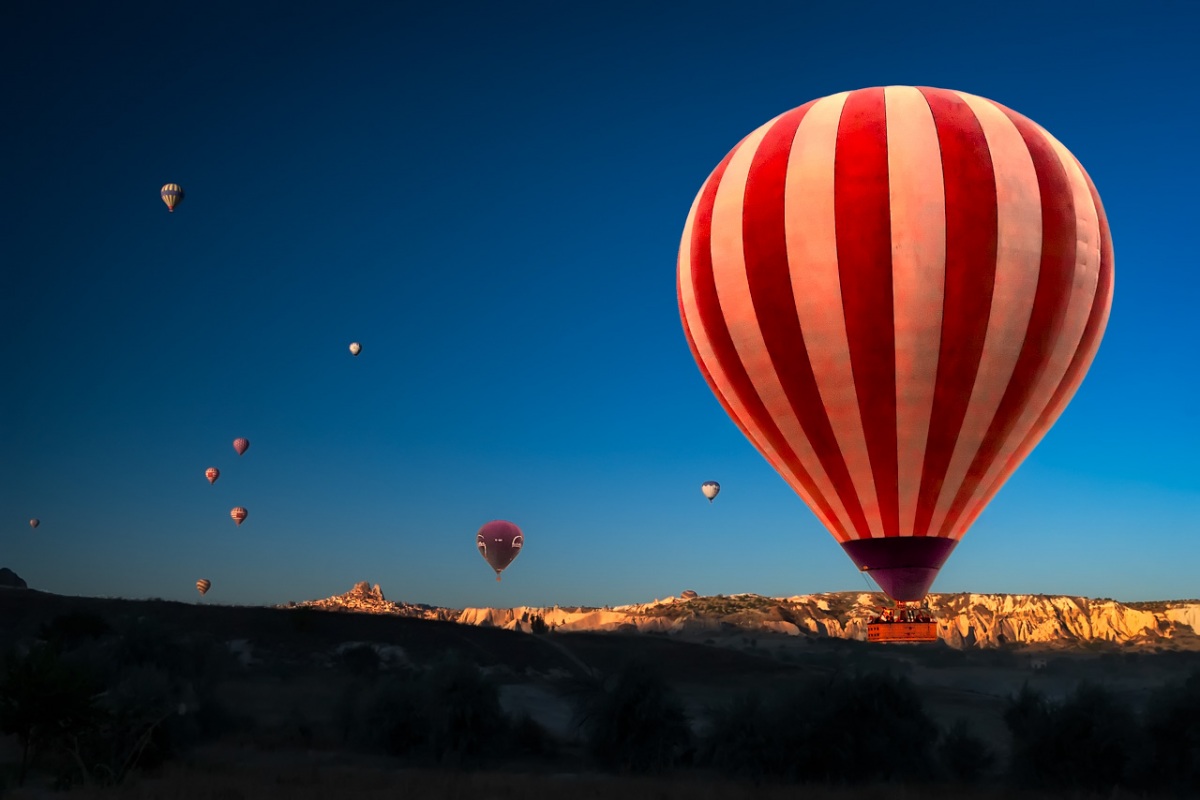 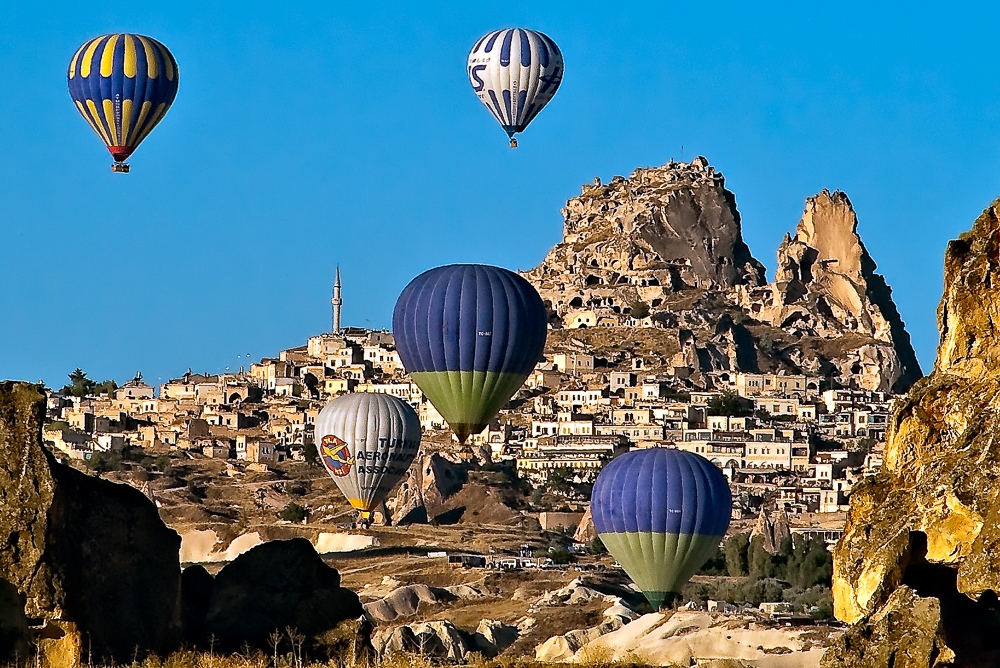 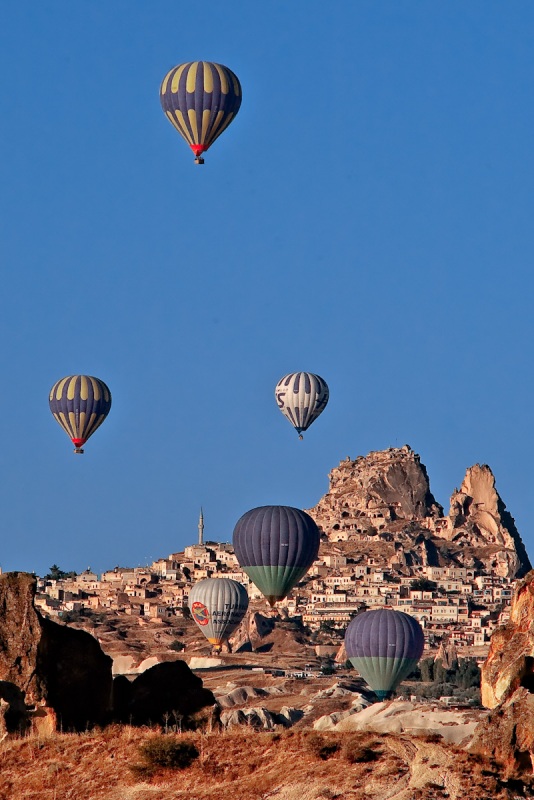 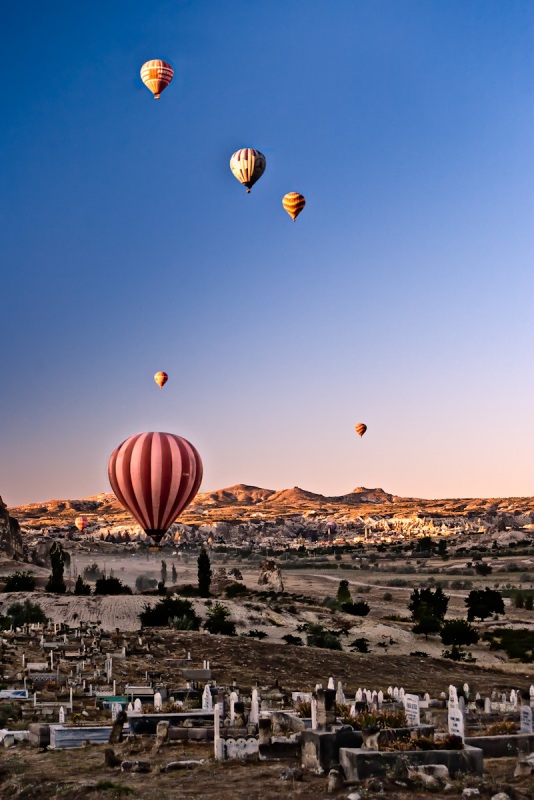 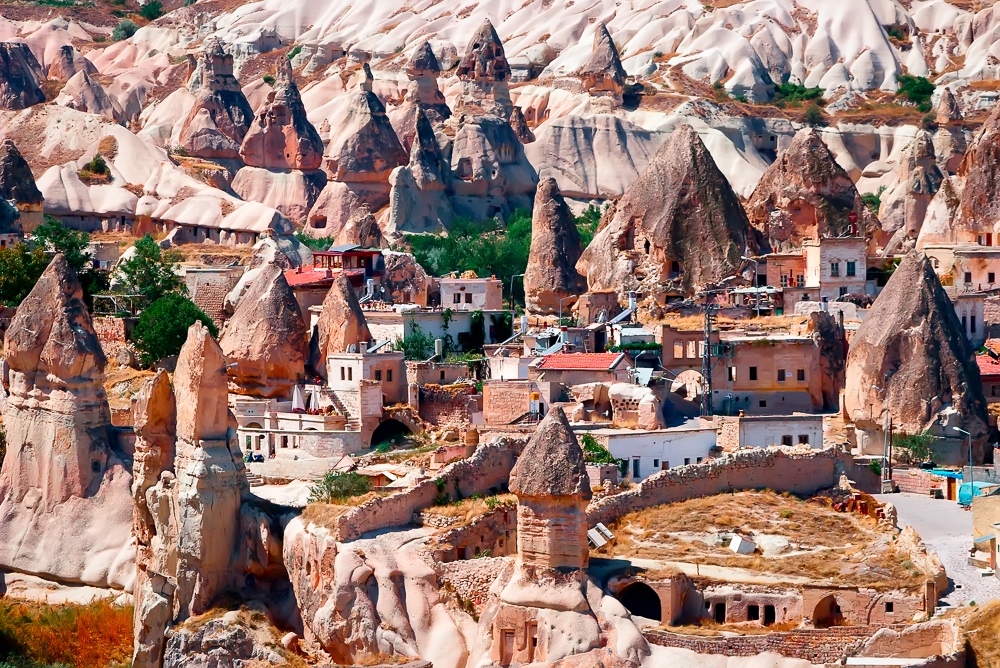 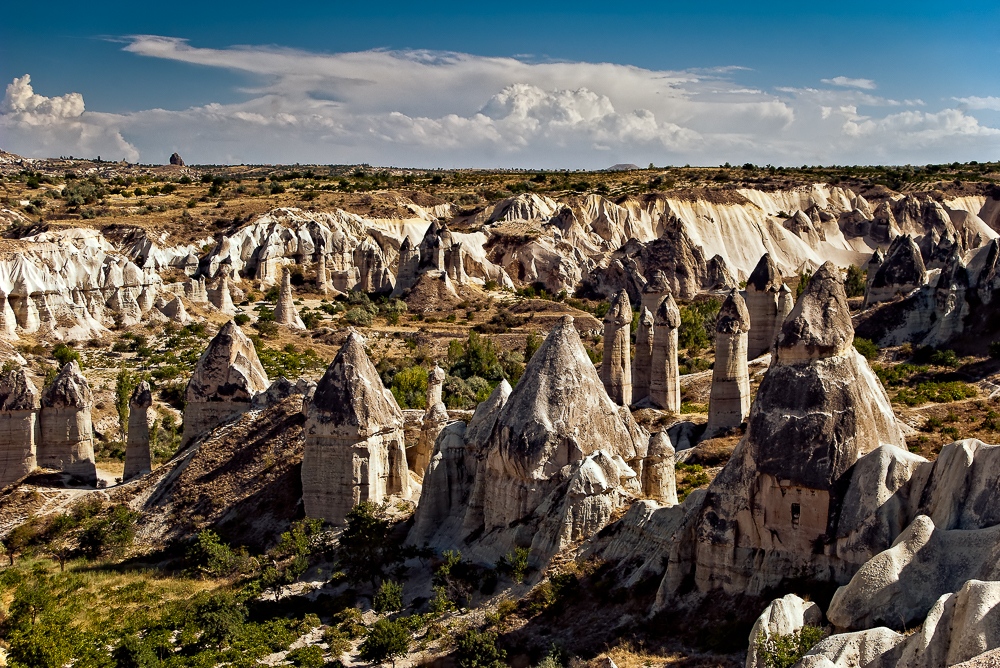 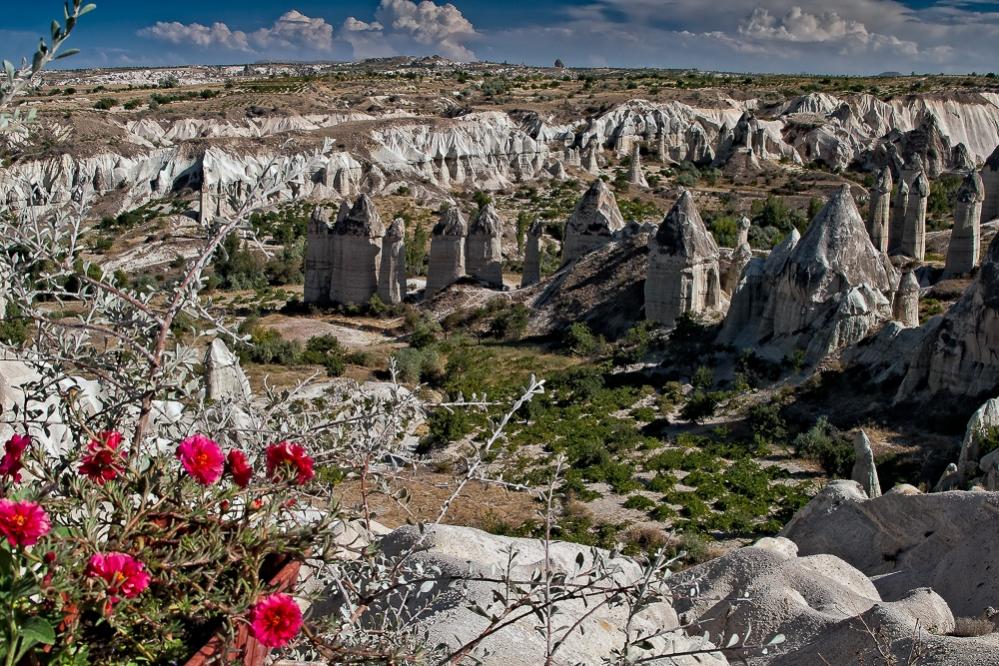 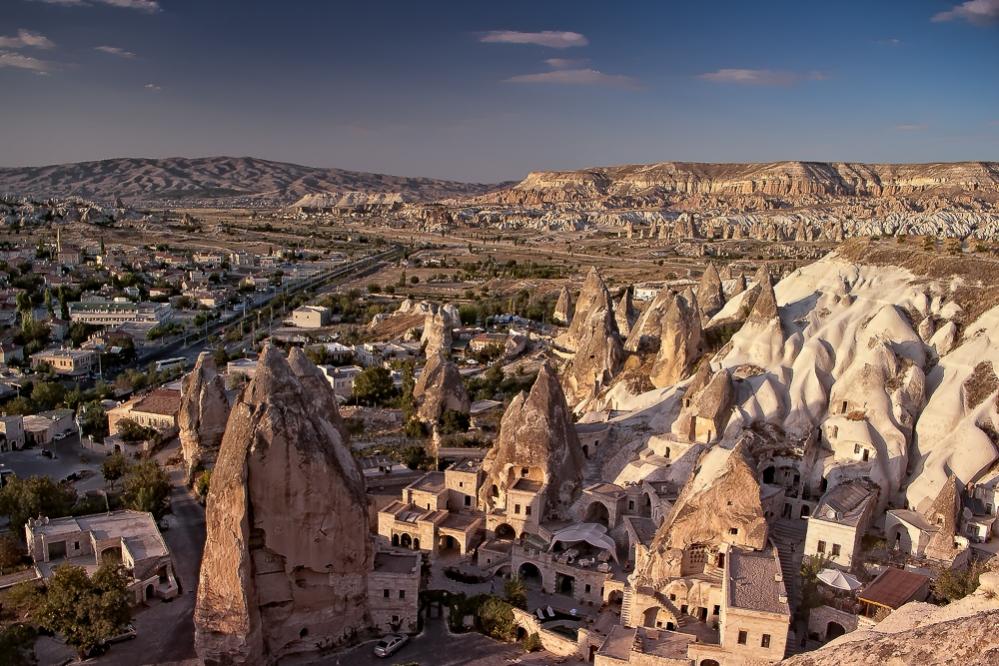 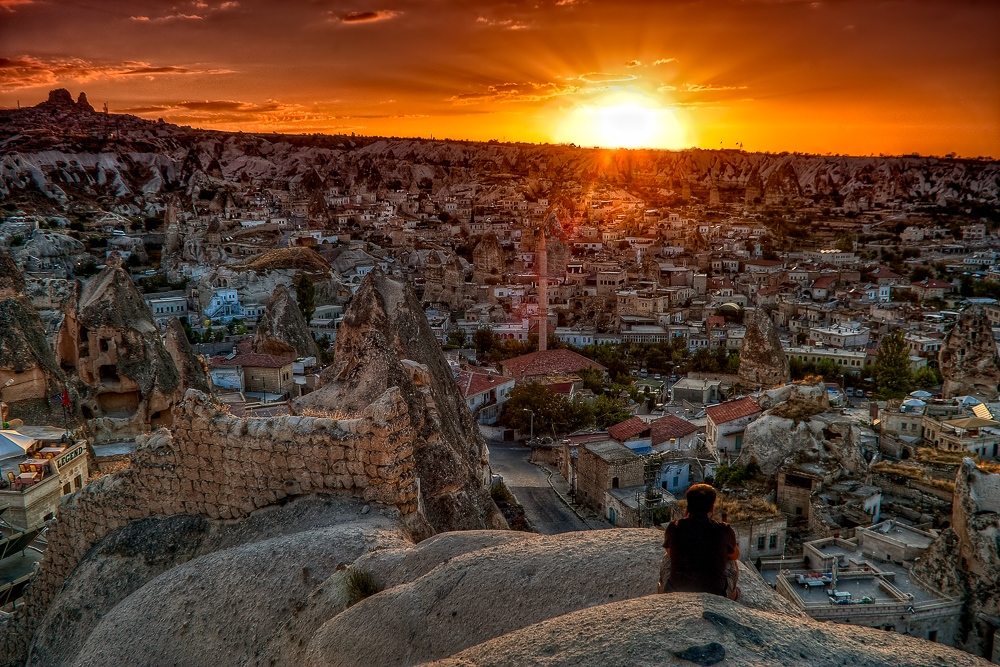